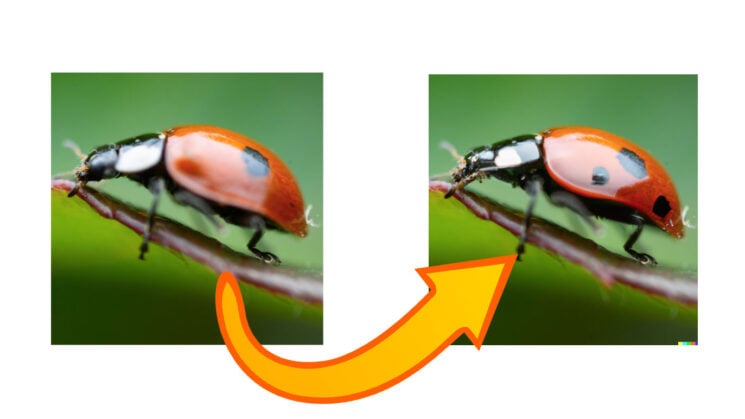 A photographer has successfully demonstrated how he sharpened an out-of-focus photograph using the text-to-image AI software Dall-E 2. Macro shots posted to his Twitter feed of a ladybird show the transformation.

Photographer Nicholas Sherlock shared his experiment with YouTuber Micael Widell, who was obviously blown away by the transformation. He even went so far as to state that “this could be the death of photography”. Trigger warning: video contains dogmatic opinions about the impending doom of photography.

These sorts of predictions about the death of photography or the death of the DSLR get bandied about approximately 987 times every day. Trust me, here at DIYP we see a lot of it. But how much truth is there in it?

Let’s take a look then at what Sherlock discovered. The original input image shows a macro shot of a poorly focused ladybird on a branch. Nicholas erased the blurry area of the ladybug’s body and then gave a text prompt that reads “Ladybug on a leaf, focus stacked high-resolution macro photograph.”

It turns out that I can use DALL-E's inpainting feature to repair my out-of-focus photos. Check out how DALL-E reconstructed this ladybug for me when I erased the out of focus areas #dalle #dalle2 pic.twitter.com/ucYJQSZPKT

It’s interesting that you can erase just a small portion of an image for Dall-E to recreate. That’s something which potentially can create a lot of options. 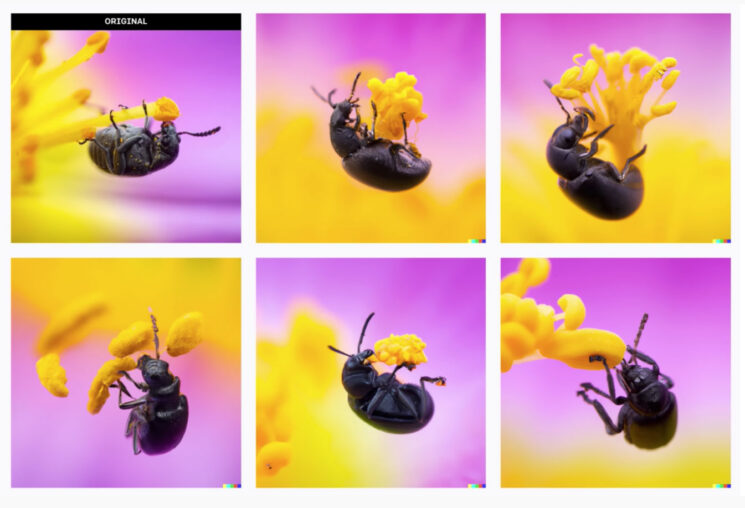 As Widell says, even though the quality and accuracy at this point aren’t perfect, that will likely change very rapidly. He goes on to predict that it will be perfect in 10 years’ time. I personally would give it less than that.

So as photographers, how should we react to this new tech? One option is to feel threatened and to run and hide under the nearest soft furnishing simultaneously selling all our cameras on eBay while they are still worth a couple of dollars.

Possibly though, we should view this advancement in technology as just yet another tool for visual creativity. It has long been dreamt that we could fix an out-of-focus image in Photoshop. Now it appears that the technology is finally available to do this, we are all running scared.

How different is it from the tools already available in Photoshop? There are several options that use AI within that software. I think it’s an interesting area that can only improve our options as visual artists.

Widell asks “what is the point of photography, both in professional terms and as a hobby?”

If the value of your images lies only in the technical aspect of creating them then you have already failed as a photographer, and as an artist. It seems that he has forgotten about the joy of creating images. Ultimately, everything changes. Adapt or die.

It quite literally did take a Sherlock to figure this out.

Photoshop tip: Can blurring the image help you sharpen it better?