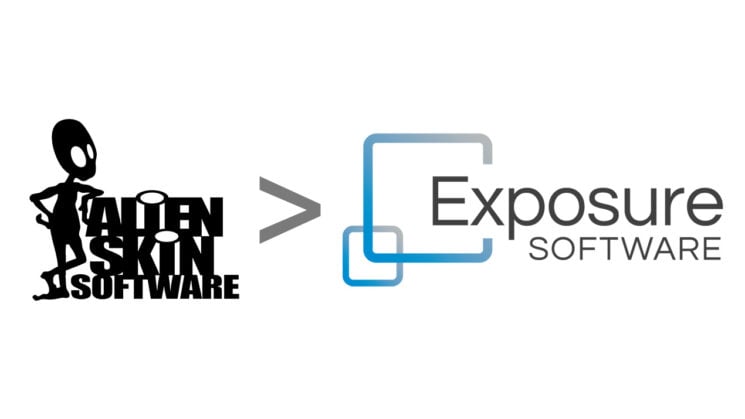 Founded in 1993, Alien Skin Software would release one of the most ubiquitous Photoshop plugins of the late ’90s and early 2000s. Now, after 26 years, they’re changing their name to Exposure Software. The change follows their popular Exposure application and Photoshop plugin. It was made in  2006 “to help photographers develop beautiful images”, and is currently up to version “X4”. Exposure X5 is expected to be released this autumn

Back in the late ’90s and early 2000s, if you weren’t using the Alien Skin plugins, it was like “Do you even Photoshop?”. Just about everybody I knew, whether they were photographers or web designers, used the Alien Skin’s Eye Candy Photoshop plugin. Eye Candy has come quite a long way since then, as has Alien Skin Software.

Exposure X4 is a photo editor, raw processor and file organiser available as either a standalone application or as a Photoshop and Lightroom plugin.

The new website and logo have already gone live. They’re not the first software company, or even the first software company creating this kind of software, to go through this sort of a name change as their purpose has evolved. Macphun also changed their name to Skylum as they started to break out of Mac-only software and expand into the world of Windows. Exposure Software’s social media channels will be updated over the coming weeks.

The transition from Alien Skin Software to Exposure Software will be completed with the release of Exposure X5, coming at some point this autumn. Currently, Exposure X4 (technically, X4.5) costs $119 and includes both Standalone version and Photoshop/Lightroom plugins without any subscription costs.

Side note: The employees of the company formerly known as Alien Skin Software can now legitimately claim to be making a living “working for exposure”. Of course, they’re the only ones who are.