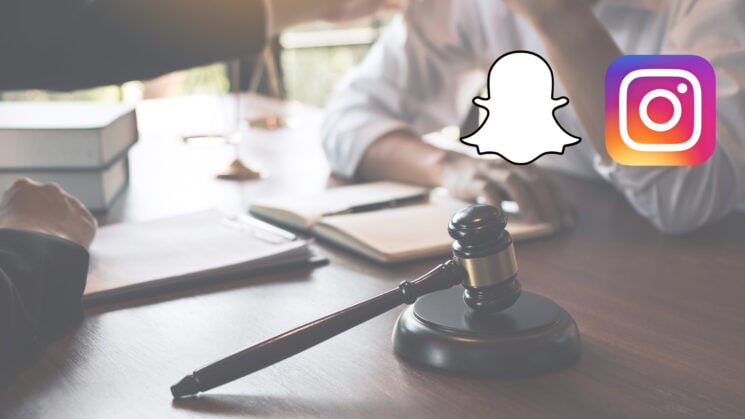 Another lawsuit has been filed against Snap Inc. and Meta and their impact on a teen’s mental health. The Social Media Victim Law Center sued the two companies over the “burgeoning mental health crisis” in children and teenagers in the U.S. In this particular case, the Snapchat and Facebook and Instagram parent companies have been sued over the suicide of a 17-year-old boy.

The lawsuit was filed on behalf of Wisconsin boy Christopher J. Dawley on 7 December 2021. The young boy took his own life in January 2015, and according to the suit, it was partially caused by his Instagram and Snapchat addiction. In the lawsuit, the social networks are referred to as the “unreasonably dangerous and defective social media products.”

Furthermore, the lawsuit claims that Snap and Meta “make a profit by finding unique and increasingly dangerous ways to capture user attention and target advertisements to their users.” In other words, they profit from maximizing user screen time (which I’d say definitely is the case). In addition, both social networks have “designed complex algorithms to addict teen users,” as the suit claims further.

Gizmodo reached out to Snap and Meta, and Snap reportedly didn’t immediately respond to a request for comment. A Meta spokesperson told Gizmodo that “they recognize social media can have positive and negative outcomes” but “they believed the ways in which people spend their time on a platform are what matters the most compared to the sheer amount of time online.” Still, the Meta spokesperson reportedly didn’t comment on the lawsuit itself. Instead, they pointed to a “broad list of tools and resources Meta has put in place over the years to reduce the visibility of potentially harmful content and assist users experiencing mental health difficulties.”

You may remember another recent lawsuit filed against the two companies. Tammy Rodriguez from Connecticut also sued Meta and Snap over her 11-year-old daughter’s suicide. The girl was even hospitalized for her severe social media addiction and mental health issues, and the therapist who evaluated her said that “she had never seen a patient as addicted to social media as Selena.”

There is no doubt that social media can be harmful to mental health. I’d say it’s especially the case in kids and teenagers who have still not developed critical thinking and a firm image of themselves. And yet, as I mentioned before, Meta’s “brilliant” idea was to make Instagram specifically for kids. Thankfully, lawmakers and the public were fierce enough in the battle against it, so the project has been suspended, at least for now.

As for Instagram’s mental health resources, it reminds you to take a break from scrolling and there are some tools that let you hide and restrict people and their comments, or block the bullies and all their future profiles. Still, I’m not really sure that does the trick and I think that the problem is way deeper than that.

So I urge you to educate your kids and talk to them, talk a lot! Help them realize their value without social media telling them that only likes and follows will make them valuable. Teach them that “beauty standards” are BS. In fact, often remind them that the majority of social media content is BS, too. Everything is so easy to fake on Instagram, even without the infamous filters. And don’t get me wrong, social media can be a great tool for learning, connecting with people, and discovering new stuff… But I think it’s up to us to teach our kids how to do it. And of course, if you, your kid, or anyone close to you suffers from depression or is experiencing suicidal thoughts, please seek professional help: