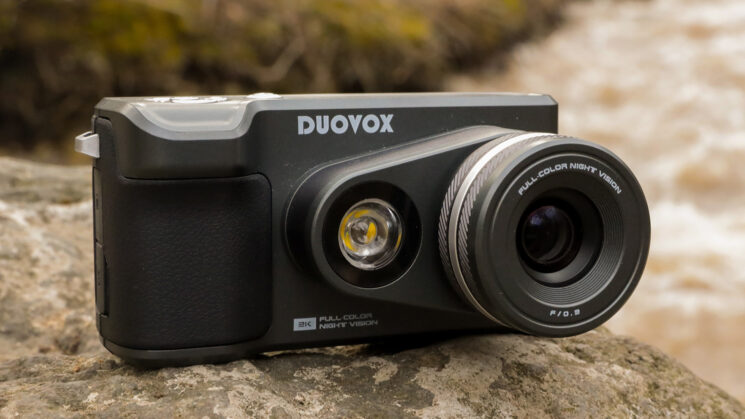 Duovox has announced its new Duovox Mate Pro, launched via Kickstarter, which they describe as “the world’s most advanced true color night vision camera”. It’s also a pretty small camera, measuring only 54 x 106mm across the front face, which they say is “pocketable”, but with as much as the lens sticks out, it probably needs to be a big pocket.

They say that its impressive low light performance is thanks to “the latest low-light imaging technology” combined with their own “advanced AI algorithms”. It looks too good to be true, especially boasting features like 22+ stops of dynamic range, but it does indeed appear to be true if some of the sample shots they say were created by the camera are to be believed.

It’s an interesting looking camera, which uses the Sony STARVIS 2 1/1.8″ BSI CMOS sensor, a technology typically reserved for security cameras but a sensor Duovox says was designed exclusively for this camera. They also say that it allows you to photograph (and film) wildlife, city views and other nighttime shots “as if it were day”. It also has a built-in WiFi hotspot that lets you stream live 2K footage from the camera through your smartphone or over USB to a laptop as a traditional webcam device – letting you use it with OBS and other streaming apps straight to platforms like YouTube and Facebook.

When it comes to the actual specifications, the sensor captures a relatively low-resolution 5-megapixels for 3200×1808 resolution for stills or 1080p or 2K video for video at 30fps. It lets you shoot timelapse with 2, 5, 10, 30 or 60 second intervals, loop mode for dashcam and security scenarios, and “Way Back Recording” that lets it start shooting before you hit the record button, in case you react to something a little bit late. It also has a delayed stop mode, so that if you hit that button to stop recording a little early, it’ll carry on for 5-30 seconds before it actually does stop.

Facial recognition allows it to immediately snap a photo when it spots one to three faces in front of its lens as well as a selfie timer for when you want to photograph yourself.  You’re also not limited to battery power as you can power it over Type-C USB for unlimited record time. Well, almost unlimited. You’re limited by your SD card capacity, but it does accept up to 512GB cards, so at 1080p, that’s going to be a lot of footage! 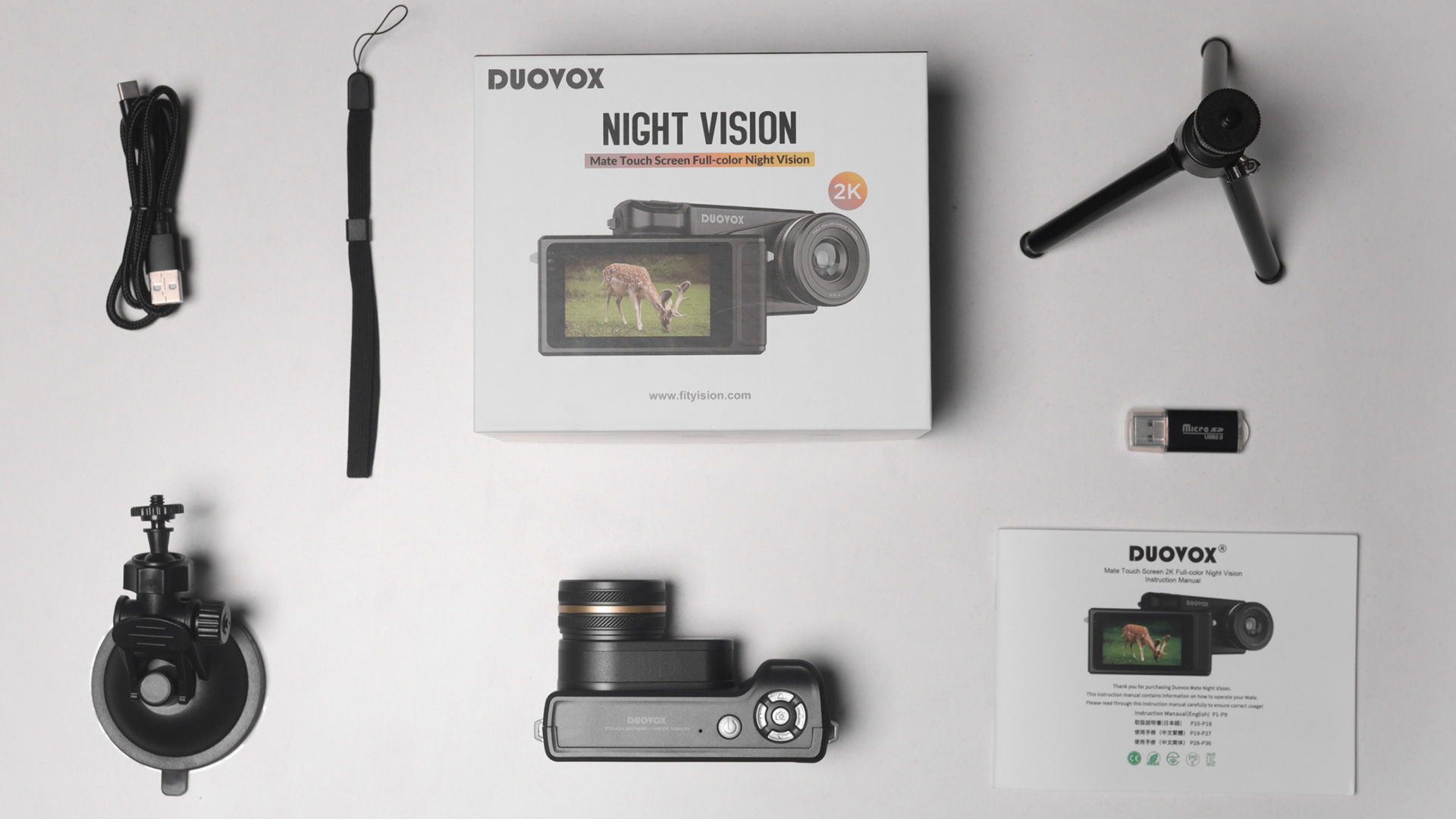 5-megapixels does seem pretty low when you consider some of the 60-megapixel+ bodies out on the market today, but this resolution allows the Duovox Mate Pro to have photosites 2.44x as big as those found in the Sony A7S III, allowing them to see much more light per pixel. And when you consider the typical resolution of cameras that can see in the dark – which generally don’t look anywhere near as good as this claims to – it’s not so bad.

The fact that it’s a BSI sensor also helps with its light-gathering abilities, too, and has become a very common trend amongst the more standard mirrorless cameras of late. The other benefit of this is a claimed 22.25 stops of dynamic range for a contrast ratio of 5,000,000:1. This also beats out the Sony A7S III, which is rated at about 15 stops of light, and it’s double that of the iPhone 13 Pro Max’s 11 stops of range.

Combined with what Duovox says are their own advanced AI algorithms, this sensor “allows Duovox to turn an entire nighttime scene into a full color daylit photograph” with a range of 300 metres. I’m not entirely convinced we’ll get the levels of quality we’d expect in the daytime with a decent DSLR or mirrorless camera, but it certainly looks light years ahead of most other nighttime camera solutions for video or non-long-exposure photography.

It has a 7-lens optical system, which captures the images through different resolutions and then combines them into a single photograph – which is where their AI algorithms come into play – and an IR filter to help kick out that undesirable infrared light along with noise reduction to clean everything up. It’s certainly an interesting looking camera, and I expect quite a few wild camping YouTubers would want to pick this one up to document their adventures after dark – if it lives up to the performance claims once it gets in people’s hands.

At its current price, I’m almost tempted to back this one myself. It’s currently up on Kickstarter for a campaign price of $599 with shipping expected in October. Once the campaign is over and it goes retail, it’ll be $1,200.