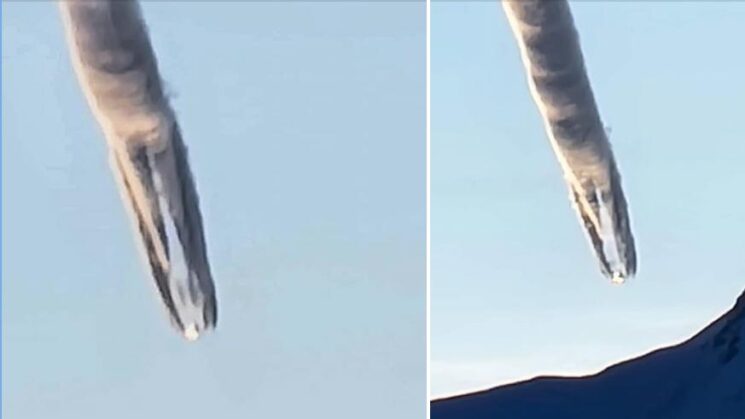 “It looks like something out of a Peter Jackson movie,” says one commenter. “A wormhole portal to another dimension” suggests another. Various musings about an aircraft going down, a rocket launch, meteors and alien invasions ensue. But what exactly did residents of Lazy Mountain, Alaska photograph?

From the images, it appears to be a column of smoke reaching down to the horizon. However, it looks nothing like any normal aircraft contrail that you would normally see. As rumour grew of a potential crash State Troopers moved in to investigate.

Mattias Ahlvin was one resident who photographed the phenomenon. “I looked up and I saw this strange — I mean, I would just call it a smoke column. It was a dark, grey streak across the sky that was going straight vertical,” he told the Anchorage Daily News.

His wife posted the photos to a local Facebook group asking if anyone else had seen the smoke and if anyone knew what had caused it. 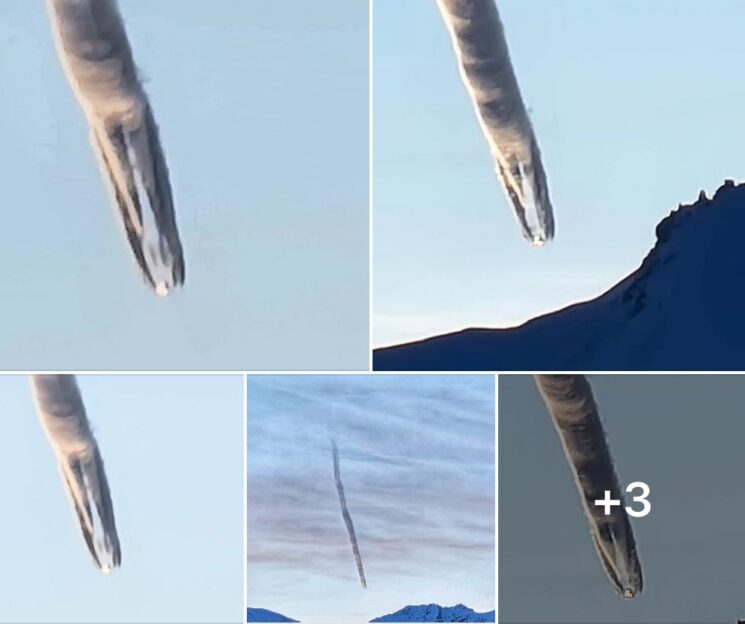 Others too posted similar images of the strange smoke column. 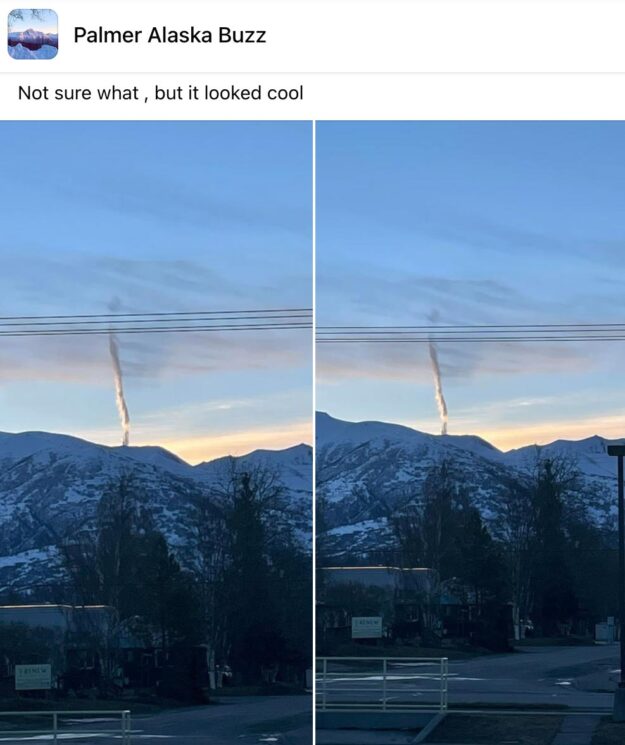 After sending a helicopter out to investigate, the troopers found nothing unusual and submitted their report, along with a possible explanation for the smoke.

Apparently, a commercial 747 jet operated by Kalita Air was flying over the area at that time en route to New York. Officials are almost certain that what the residents of Lazy Mountain witnessed was nothing more sinister than a very unusual looking aeroplane contrail.

“Troopers believe that the photos and videos showed a contrail from the commercial jet combined with the rising sun which together caused the unique atmospheric sight. We greatly appreciate the numerous Alaskans that reported the suspicious sight this morning to law enforcement,” they wrote in an online advisory.

Eddie Zingone, a meteorologist with the National Weather Service in Anchorage agreed with the official report, stating that that particular morning had a lot of moisture in the air, and the condensation trail was probably highlighted by the rising sun in such a way that it made the trail look so unusual.

So, a simple and slightly boring explanation, but it just goes to show that having a camera on you at all times can pay off, and can make for some pretty interesting images!