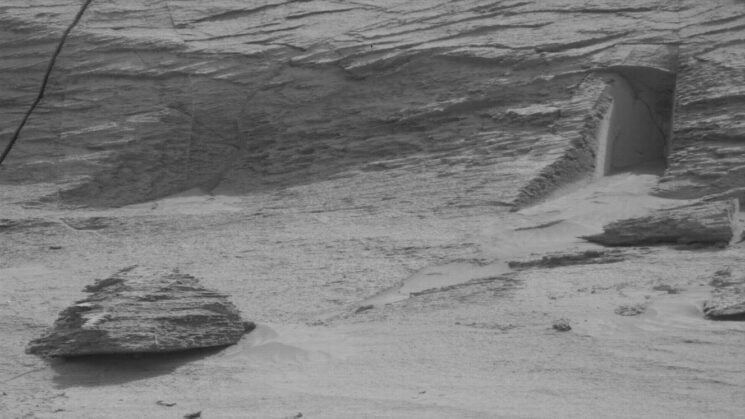 NASA’s Curiosity rover has shared all kinds of photos with us, from remarkable discoveries to “tourist selfies.” But a recent photo it captured has made people’s imagination run wild.

On 7 May, Curiosity took a photo of what appears to be a “doorway” carved into a Martian rock. It’s perfectly flat and rectangle-shaped, so it has sparked all sorts of conspiracy theories from the moment it was released.

Curiosity rover snapped the photo with its Mastcam while it ascended Mount Sharp on sol 3466. As you can see, the carving in the rock looks like a doorway carved into a rock, guiding you to the underground. There must be a secret alien society down there, plotting to take over the galaxy. 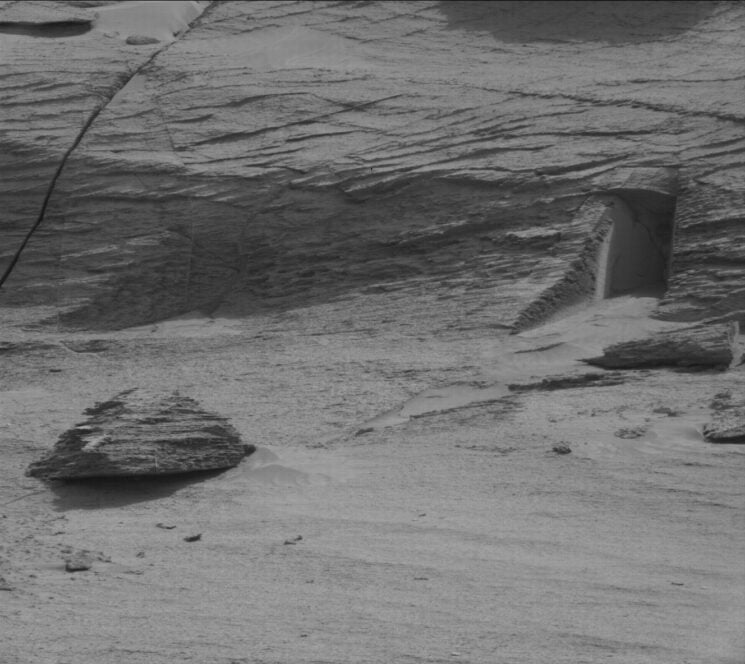 Seriously now, this “doorway” is nothing like that. The explanation is pretty simple: “it’s just the space between two fractures in a rock,” as Ashwin Vasavada of the Mars Science Laboratory told Gizmodo. “We’ve been traversing through an area that has formed from ancient sand dunes,” he said.

Vasavada further explained that the “doorway” is only about a foot tall. Still, this explanation wasn’t enough for some creative minds out there. “So what if it’s only a few inches?” someone wrote in a Reddit thread. “How do we know what size our overlords will actually be?”

But Vasavada still keeps it simple and scientific.

“Once these sand dunes were compacted together, they were buried and unburied over time as the sand on Mars’ surface shifted. During this process, the sandstone was under varying pressure, causing it to buckle and fracture in different places. I think what we have here [is] either two vertical fractures, where the middle piece has been removed, or one vertical fracture, and the blocks have moved apart a little bit.”

The rover has been on the red planet for nearly ten years, wandering around Mars for over 3475 sols, or Martian days. But as far as I can remember, never has its photo sparked so many theories like this one. While this is just a coincidence and the result of geological processes, I think there’s still one occasion when it’s appropriate to wonder if there’s life on Mars: when singing along with David Bowie.

« Deliberate practice will make you a better photographer, here’s how
Ultra-rare dragonfish captured on camera for first time »