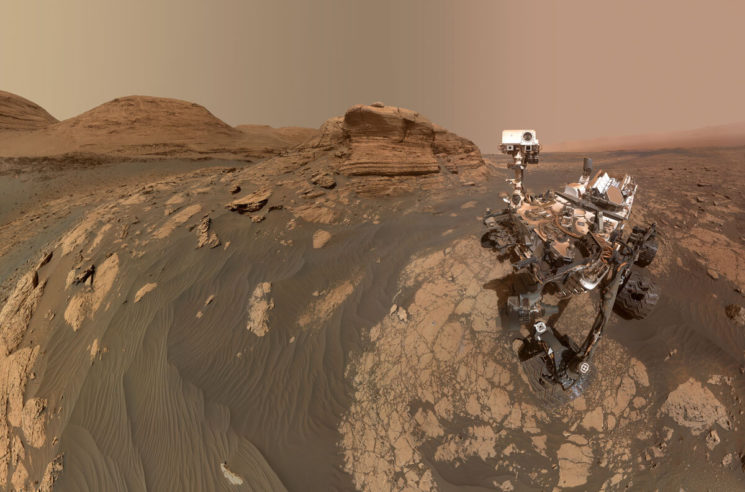 Ever since it was launched to Mars, and especially since it landed, all eyes have been on the NASA Perseverance rover. The hype has been so great that we almost forgot about of its “big brother,” Curiosity. But it has reminded us of his presence on Mars with the latest photo it took, and it almost looks like a tourist selfie in front of a landmark.

Curiosity has been up there on Mars since 2012 and it provided us with plenty of stunning photos so far. In early March, it rover began approaching a rock formation that scientists dubbed “Mont Mercou” by a mountain in France. The selfie shows Curiosity in front of Mont Mercou, and I find it very amusing that it looks like a tourist photo. I imagined humans taking selfies like this on Mars someday, too.

But other than this “tourist snap” (which is actually really cool), Curiosity created some even cooler panoramas that offer a 3D view. I’m sharing a 3D gif, and you can explore the huge 3D panoramas in great detail on NASA’s website.

Of course, the point of Curiosity isn’t only to take pretty pictures and spark our imagination of space travels. It’s there to collect samples and help scientists to understand the rock’s composition and Mars’ past. Still, having all these awesome photos is certainly a great bonus.

« Rumor: Snap working on AR glasses and a selfie drone
Behold this reindeer “cyclone” as captured from above »