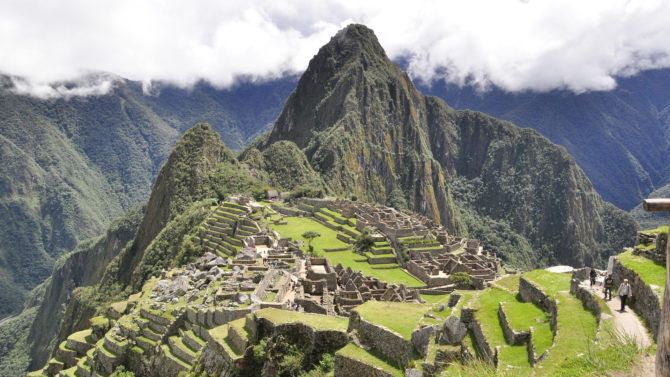 They say that two things are certain in life; Death and taxes. Taxes we can’t do anything about, but I don’t think anybody until now realised just how many of those entirely preventable deaths could be attributed to shooting selfies.

You just can’t seem to go very long these days without hearing about another one. Some countries seem to be attempting to do something about this, and it would probably be wise for other countries to follow their lead.

In this latest event, 51 year old German tourist Oliver Park was alleged to have been trying to take a selfie while jumping to make it appear as if he was flying. As one might expect, he lost his footing, which unfortunately led to him falling off a cliff.

The accident happened on June 29th while visiting the Machu Picchu ruins in the Peruvian Andes, one of the Seven New Wonders of the World, which receives over a million visitors a year.

The BBC reports that having ignored safety signs and warnings from wardens at the tourist spot, he ventured into a restricted area close to the edge of a cliff and then disappeared. After rescuers found the body, it was taken to a local police station, and from there to a morgue in the city of Cusco.

Every time I hear stories such as these I’m torn.

One part of me is sad that somebody has needlessly died, that their friends and family are now going through the anguish of having lost somebody they love dearly.

The other part of me wants to scream, wondering what the hell is wrong with people that they’d want to put their lives at risk like this. For what? A handful of likes? Seriously, people, stop getting yourselves killed over a photo. It’s really not worth it, either to you or to those you leave behind.

By all means, go ahead and take all the selfies you want, enjoy it, but please, do it safely!