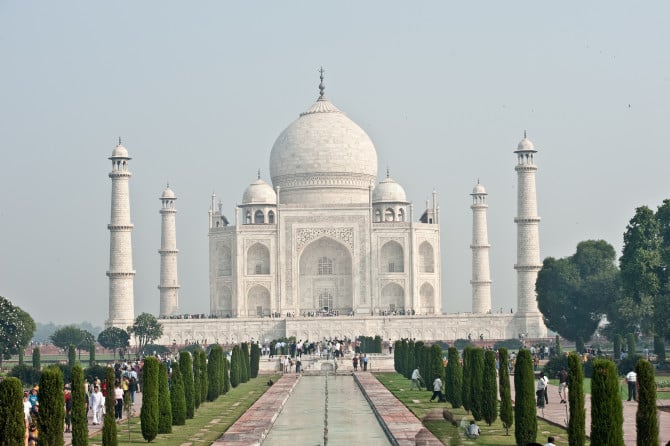 The selfie craze claims another victim, this time in Asia.

A Japanese tourist visiting India’s Taj Mahal died on Friday after slipping down the stairs at the Royal Gate.

An eyewitness told BBC Hindi that the incident took place while the tourist was taking a selfie at the famous monument.

Local police reported that the tourist’s fall led to an immediate loss of consciousness, and eventually died in hospital due to the head injuries he suffered.

Police added that the tourist was accompanied by three other people, one of whom also fell during the accident and suffered a fractured leg.

According to BBC the 17th century mausoleum is visited by 12,000 people a day, so I guess it was just a matter of time until a fatal selfie-accident took place there.

Ynet reports that following the many selfie-related deaths and accidents, several countries have started warning tourists of the dangers of these photos.

As you may recall, Russia took it a step further and launched a ‘Safety Selfie’ campaign warning its citizens not to take dangerous selfies.

Just this month a Houston teen shot himself in the head by mistake while taking selfies, and a California man found himself in hospital, and embarrassed by his mother on TV, after attempting to take a selfie with a rattlesnake.

With selfies being so dangerous, no wonder the Secret Service banned selfie sticks during the Pope’s visit to the USA.