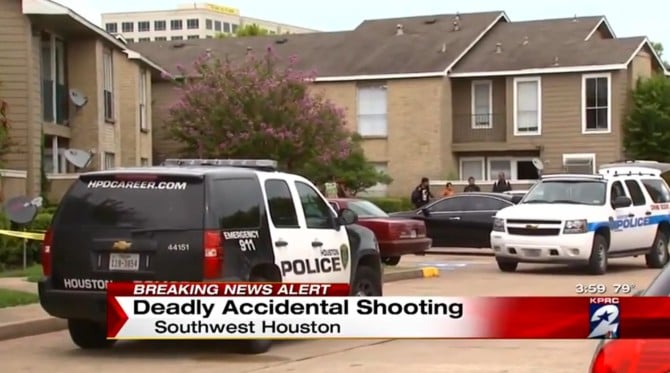 Many people seem to leave common sense behind when it comes to taking photos, especially selfies, as if they’re somehow safe if what they’re doing is for a photo. Sadly, the selfie craze claimed another victim on Tuesday as a gun held by 19-year-old Deleon Alonso Smith accidently went off.

Smith’s cousin, who was in another room at the time of the accident, said they found the gun earlier that day.

KPRC’s report does not specify if the gun was faulty or if Smith pulled the trigger, but either way the desire to get a cool selfie lead to a fatal shot to the throat and two young children without a father.

According to police Smith was under the impression that the gun was unloaded while he posed with it, and while no charges were filed, they are working on finding out where the gun was found.

Smith was supposed to start college yesterday, but instead his tragic death put him in the unfortunate list of people who died whilst taking a needlessly-dangerous selfie.

Just this year we’ve heard of a pilot taking selfies who caused a plane crash, a young girl electrocuted and burned, a man who fell off a cliff and a woman who also shot herself in the head with a gun she found. The last three incidents all took place in May, making it a fatal month for selfies.

The huge increase in selfie-related deaths and injuries lead to the Russian government issuing a ‘Safe Selfie’ campaign, with one of the warnings being about posing with guns.

A recent incident where a selfie and over-confidence were involved lead to a man getting struck by a rattlesnake. While he was lucky enough to survive, the hospital bill of $150k didn’t make him feel quite so lucky.