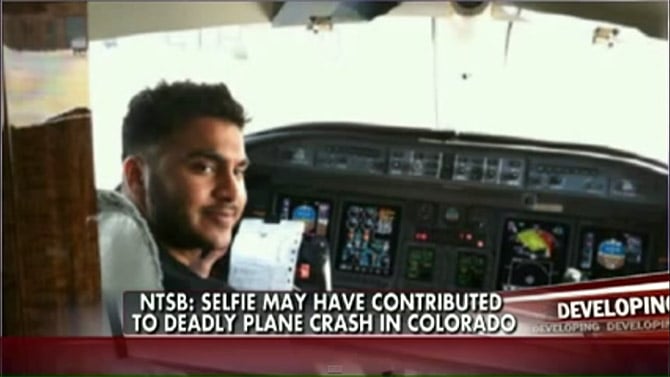 In May of 2014, a Cessna 150 plane was involved in a fatal plane crash at the Front Range Airport, just outside of Denver, Colorado. A report released today by the National Transportation Safety Board reports the reason for the crash, which killed the pilot and passenger on the plane, was likely caused by the pilot taking selfies in the cockpit.

Investigators working on the case recovered a GoPro camera near the wreckage of the plane, on which they discovered footage of the pilot and a passenger taking selfies using a cell phone with the flash activated. The report notes the timestamps from the GoPro images were not reliable; however, they appear to be taken on the day prior to and the day of the accident. On both days, the pilot and two different passengers were recorded taking selfies, but the crash itself was not recorded by the GoPro.

Though the investigators cannot be certain what exactly caused the crash, it is suspected the cell phone flash firing in the cockpit disoriented the pilot, causing him to stall the plane and loose control. In aviation, this is called spatial disorientation, which can cause an imbalance in equilibrium resulting in very dangerous illusions.

According to the report, the pilot had logged only 27 hours of night flight and had not yet received training on how to deal with engine stalls, nor was he qualified to fly with passengers during night hours. The probable cause of the wreck was drawn from the recorded history of the pilot and his passengers frequent use of a cell phone and flash mid-flight.

One of the pilot’s former university professors and fellow pilot, Jeff Price, told CBS that he [Price] “was once flying a plane when somebody in the cockpit took a flash picture. He said he thought it was lightning and it greatly startled him.” 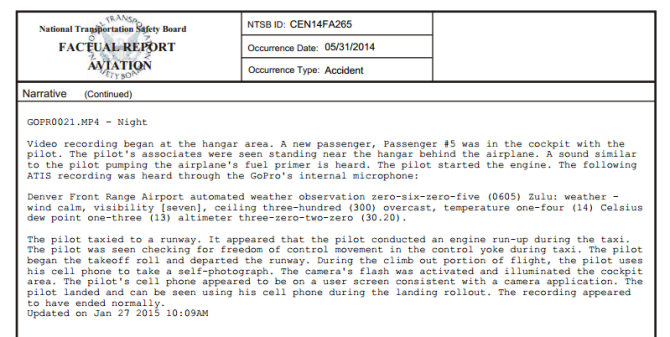 The investigation found there were no mechanical issues with the plane, which would have caused it to crash. You can read the official report, here.

Bowens Pulls Out Of The Biggest Show In The UK. Could Indicate Trouble For The Lighting Company