Focusable parabolic reflectors may not be your first lighting modifier as they are big and require a lot (A LOT) of power, but once you start using them it is pretty hard to go back. To top that, they are also pretty expensive. The medium branded ones are around $800 while a top brand like Broncolor will set you back about $2,400.

If you still want to drive test one of those and at the stage where you have more time than money, Dennis Christian put a tutorial together on building one from scratch (or almost scratch….).

If you are unfamiliar with parabolic reflectors, Dennis explains:

As Dennis mentions, the thing about those reflectors is that the reflector does not mount on the flash, but rather the flash is mounted on an arm that extends from the middle of the reflector. To make that happen, Dennis used a spare Elinchrom reflector that he had around. He extended a metal poll from the reflector to the fabric and used the bayonet to mount a flash.

There was a bit of CNCing to make a focus guide and some cleverness and heavy makering going on for making the focus guide:

All this does not mean that the para will come for free. After conducting an extensive research for finding a good “parabolic softbox” Dennis opted for the 90cm Grand Box from Rime Lite, which will set you back about $215. (but still a heck of a lot cheaper than $2,400).

If you are wondering about how awesome it is these are the concluding words from Dennis on how easy this is on location:

I love shooting on location, and (as long as there is no wind) this is the perfect tool: the whole device weighs only 690 grams (1½ lbs). That includes everything but the flash head: the speedring, insert, swivel, tube, mount, softbox, rods and bag. Even if you add the Quadra head, the device is still below 1kg. And it all fits nicely into the bag that came with the softbox 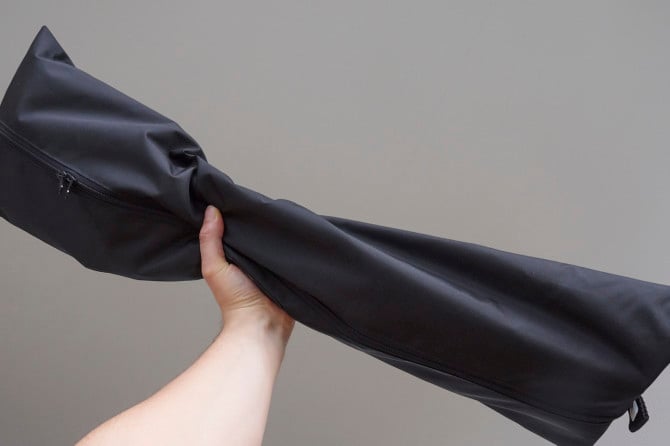 Head over to making-photo-gear.com to get inspired from the full tutorial.

How to Build a DIY “Wind Proof” Reflector