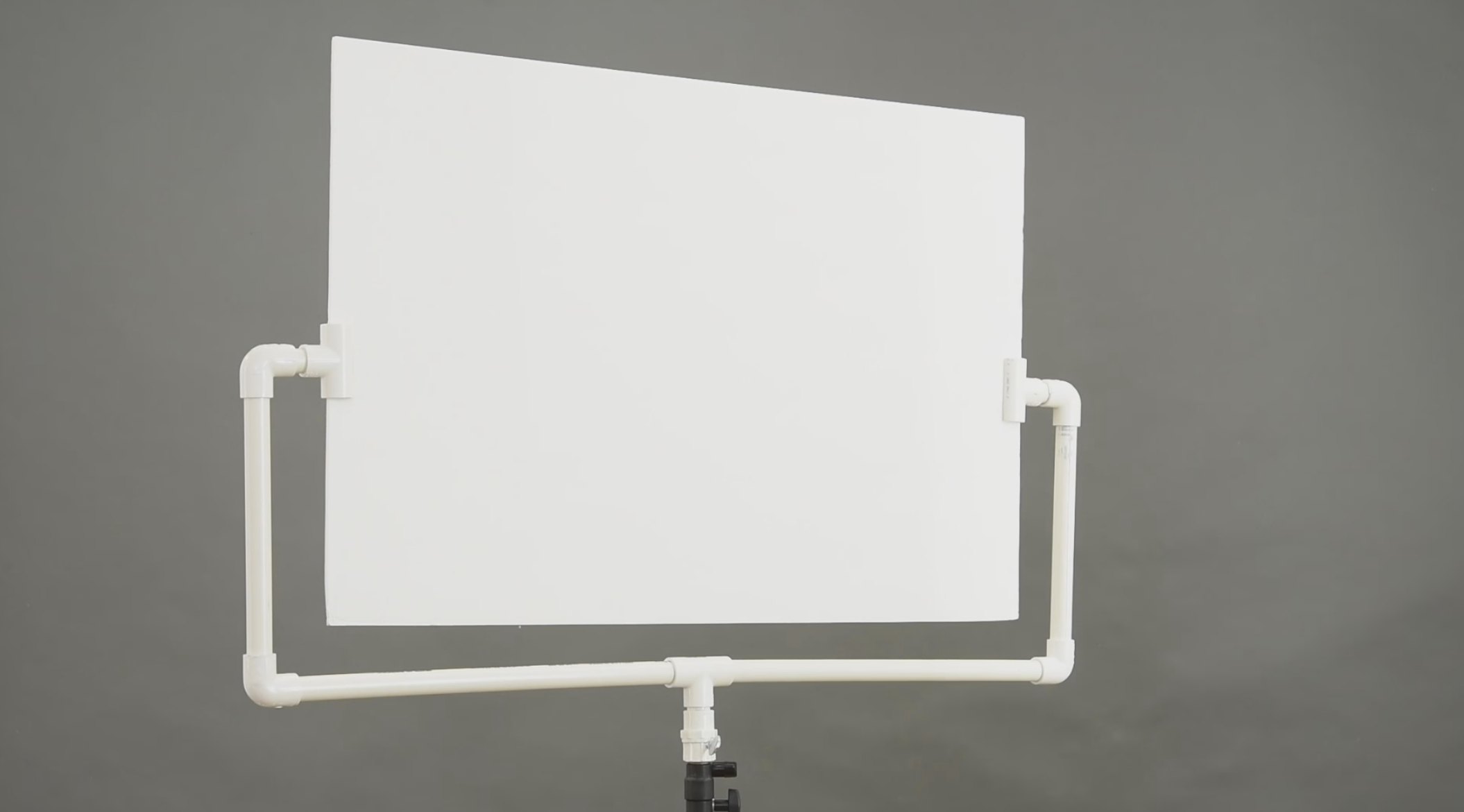 If you are leaving in the US, you know that Home Depot is the photographer’s best friend. And if you are reading this blog, you know that we are big fans of foamboard reflectors. Joe Edelman made quite a clever holder for those using $3 of Home Depot PVC piping stuff.

I know that there are other ways to mount a foam board reflector, but this is just too light and cheap to be ignored as an option.

The first build which holds the foam board reflector mid way is a simple connection of PVC tubings, the smarts is in making a groove in the T fittings. Foamboard is dirt cheap so it makes sense to use as a reflector, but I think tat this build can also be used for 5-in-1 reflectors. At any case, it is so light, that you can probably throw it the trunk and just take it out on a need basis. Here is the build and the plan for it: 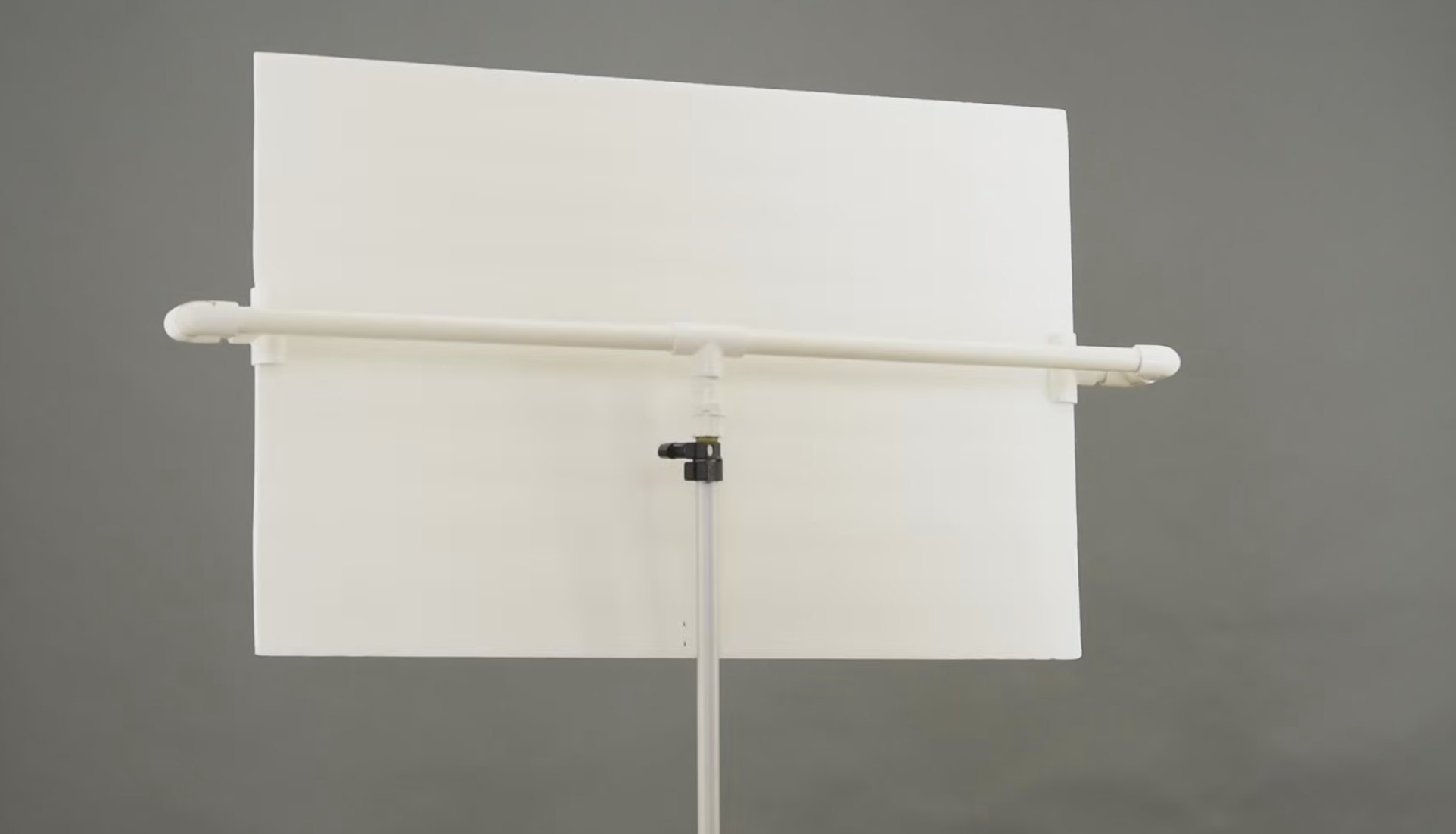 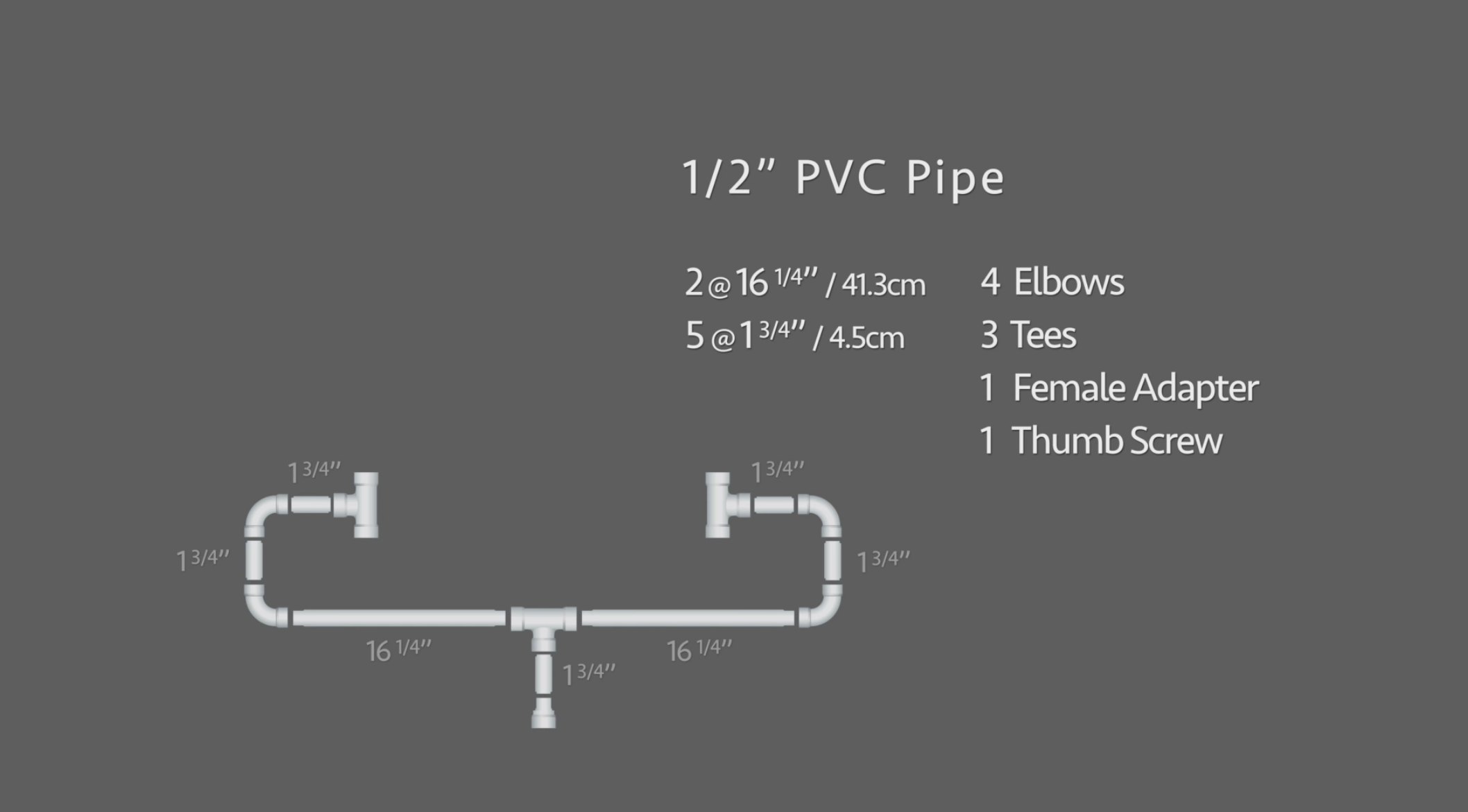 And if you want some more tilt control, you can mount the middle section on a super clamp 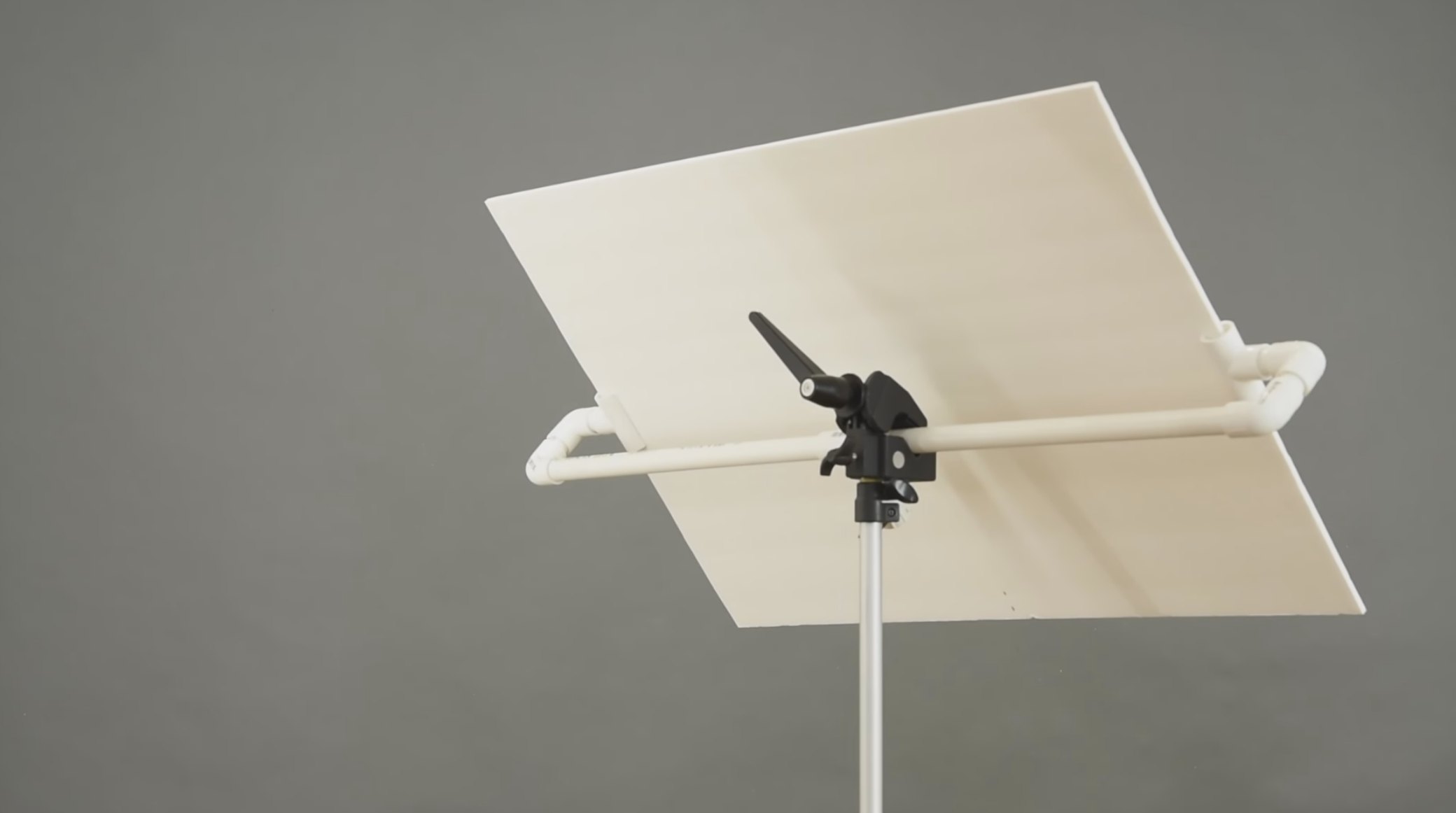 Joe made a similar build with the connecting bar on the bottom, its the one we show on the top and the plan for it is right here: 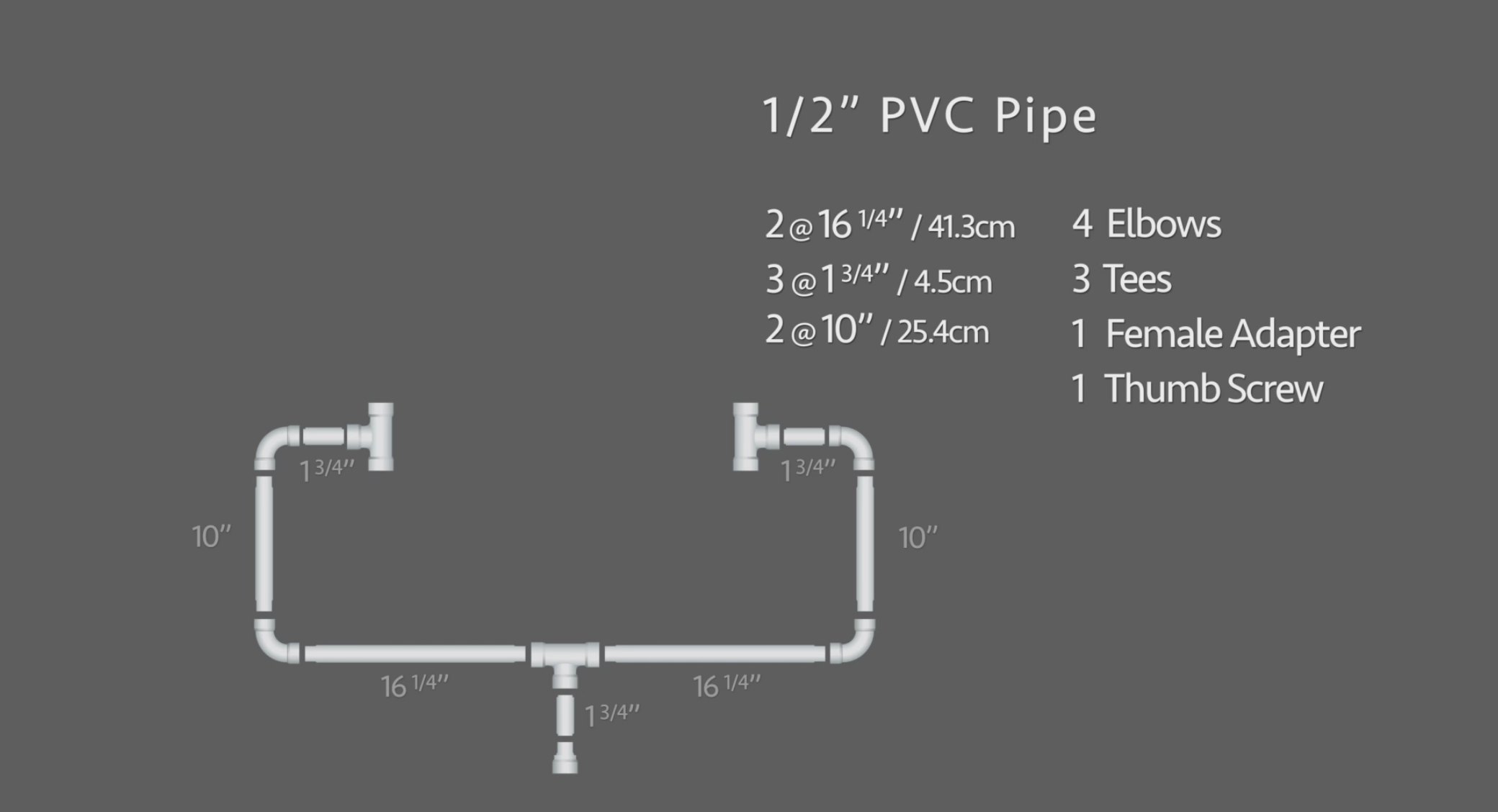 And here is a head shot taken with this setup and only one light: 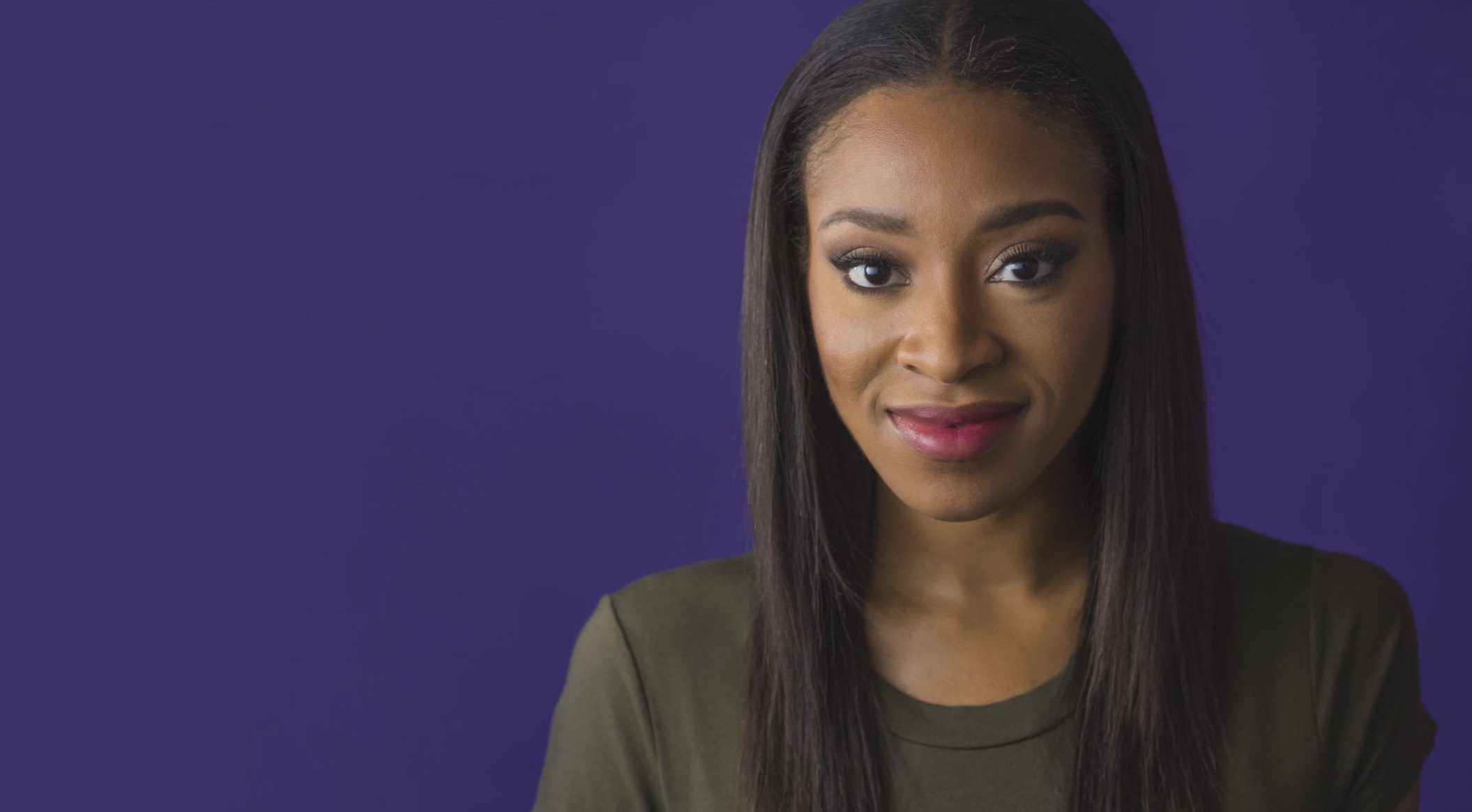 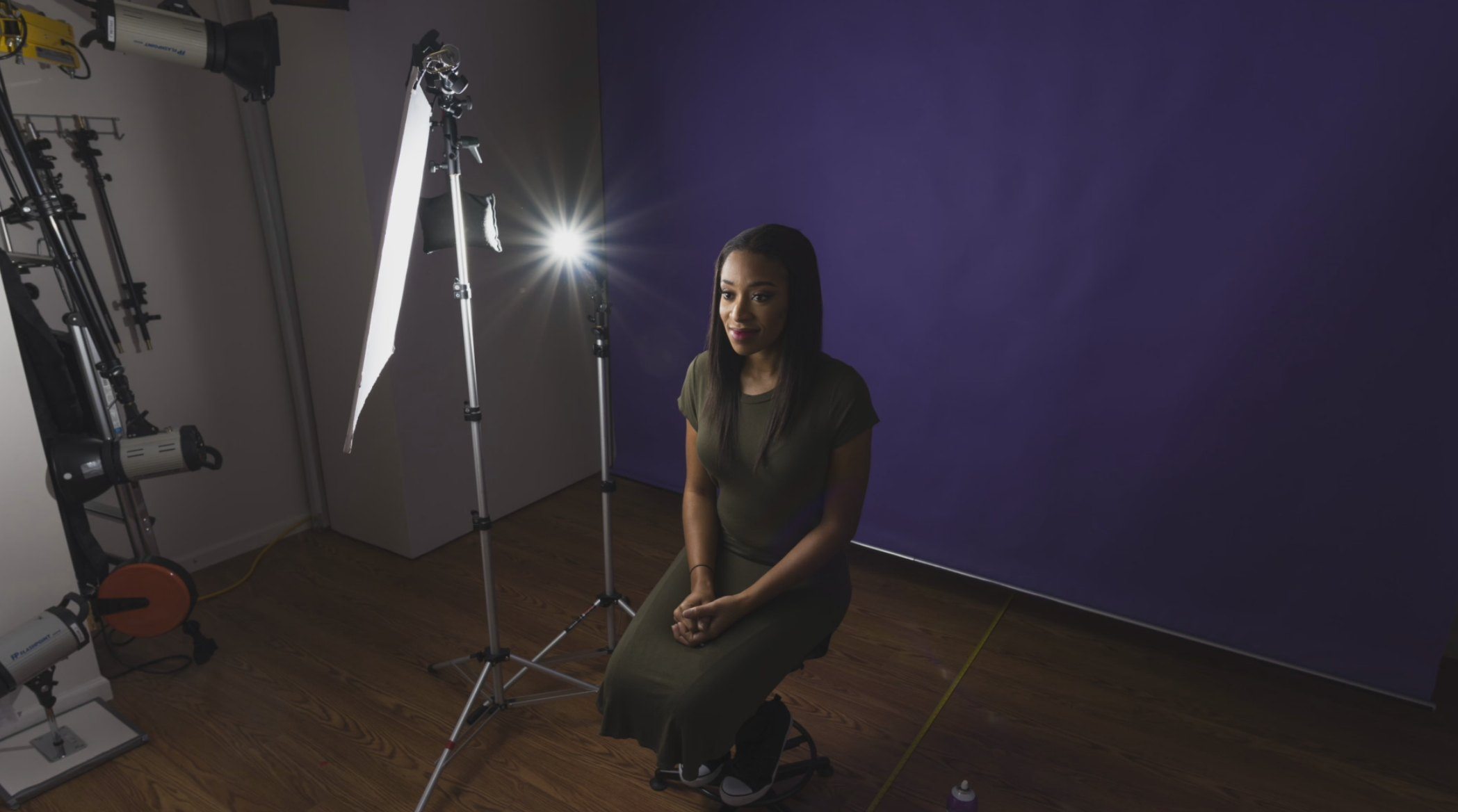