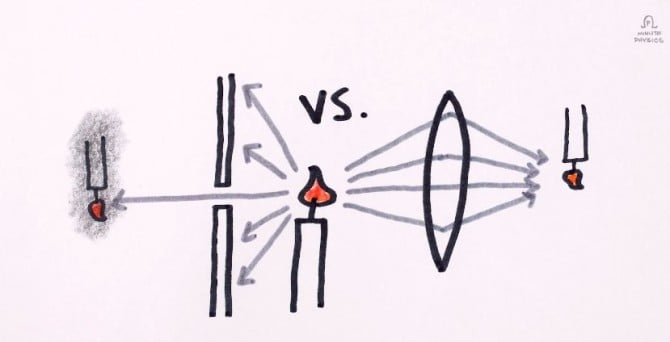 There is a Seinfeld episode where George loses his glasses, yet he is able to spot a coin on the floor by squinting. Without knowing the team at Seinfeld made a very elegant scientific experiment comparing lenses to pin holes.

A Lens makes things sharp by focusing rays of light coming from a source so the rays converge on a single sport.

A pinhole, on the other hand, only allows light to enter from a single direction thus not letting it blur.

Both aspects are very clearly explained in this video by MinutePhysics.

So why most applications prefer a lens over a pinhole (which is obliviously cheaper to manufacture?) Because pinholes work by blocking light the resulting image is significantly darker.