Sony Alpha Rumors shared a juicy tidbit this morning when they announced Sony may be developing a new sensor Sony has dubbed the Active Pixel Color Sampling Sensor (APCS). Sony Alpha Rumors gave the rumor a SR4 rating, meaning the rumor came from trusted sources and will most likely be confirmed. It is expected Sony will make an announcement regarding the APCS in 2015, and as promising as the leaked spec sheets makes the sensor tech look, it might be worth the wait.

The spec sheet, below, which Sony Alpha Rumors found on CNBeta, doesn’t reveal any fine details, but it does offer some insightful statistics: 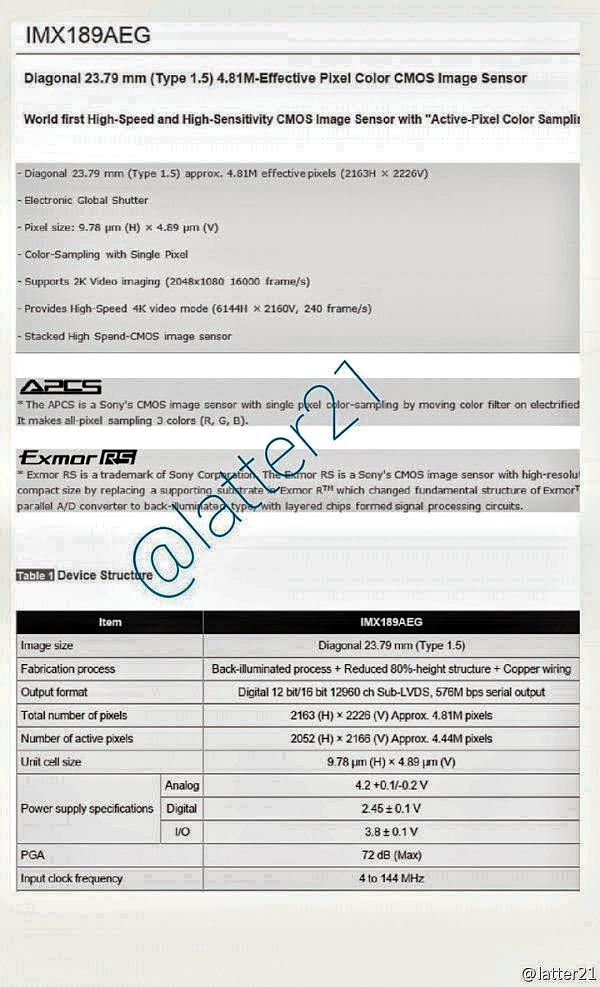 APCS is different because every pixel on the sensor is capable of grabbing full color information as apposed to Bayer type sensors which typically interpolates four pixels into one. Other added benefits include:

The sensor also appears to be capable of shooting at 2K resolution at a whopping 16,000 fps or 4k at 240 fps. Because the sensor saves time and resources by avoiding having to interpolate, it’s able to process data at a much faster rate making these frame rates possible.

The Slider World Is Changing, Innovating, Are You Game?