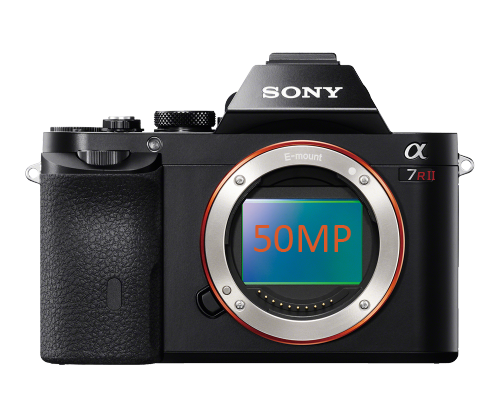 We have previously reported about Sony’s upcoming high-megapixel sensor. The sensor was said to pack a whopping 46MP, but would still fall behind Canon’s rumored 53MP beast.

Sony Alpha Rumors now reports that according to a “long time source”, the upcoming Sony a7RII will also enter the 50MP club.

If true, we are more than likely to see Nikon cameras boasting 50MP as well, due to its ongoing use of Sony sensors. This includes Nikon’s megapixel monsters so far – The D800/E and D810.

While it does not use the same sensor as Nikon’s D800 series, the current a7R also offers 36MP. This is another reason why it seems likely to me that both Sony and Nikon cameras will feature a similar capacity ultrapixel sensor.

As of right now the announcement date of the a7RII is undisclosed, and Sony Alpha Rumors adds that it is still unknown whether the a7RII and the rumored a9 are in fact the same camera or not.