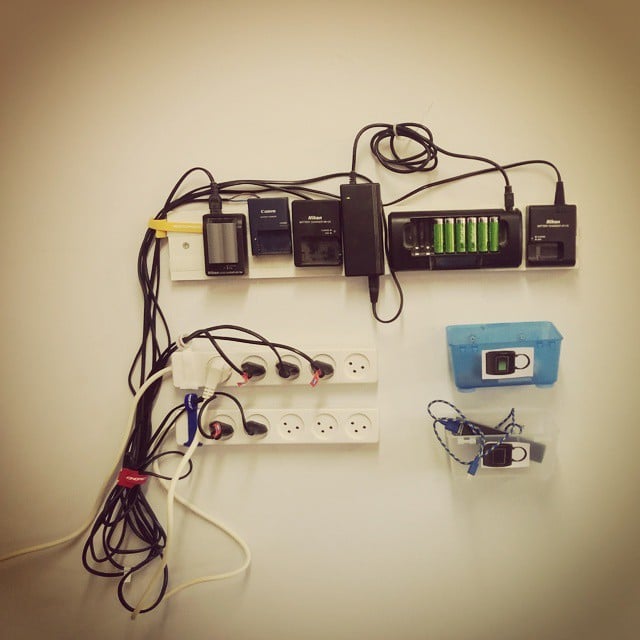 Over the years, I accumulated a bit of an assortment of batteries. It feels like far-far away from the times where a case of AA’s would do the trick for everything and anything.

I am now a proud owner of several chargers, battery types and lots and lots of cables. Until lately they were occupying my desk and taking away both space and mental powers (oh! you know what I mean). It has come to the point where something had to be done. And I don’t even have that many batteries…. I wanted a solution that does not clutter my desk, be easy to manage, I wanted to tell full batteries from empty ones, and I wanted the option to take chargers away if I need them out of the office. I Ended up with the Wall Of Power. This is how I did it.

hanging the chargers on a wall with Velcro so they can be removed when needed. Have a simple way to add/remove charging points, as well as a system to distinguish between charged and empty batteries. I figures I’d use a piece of wood and run two Velcro strips on it (hook side). Then I would put two small Velcro patches (loop side) vertically on each charger. Then I’ll be able to place chargers on the board and take them away as I wish. (putting the soft side on the devices meant that they will not get stuck to other stuff in my bags)

The only perpetrator was the Canon S100 wall charger, (and just about any WALL charger). Wall chargers don’t have a cable and a plug. Instead, the plug is built in to the back of the charger. This makes it impossible to use it on the wooden piece as the wood does not have any sockets. It had to undergo a small operation to make its power-line-wired rather than wall-mounted.

The unit is powered by two power bars, which in turn are daisy chained and each charger goes into an outlet on one of the power-bars. The idea is that those chargers take very little power each and there is no risk of using a single outlet to power them all. This, of course, depends on your set up and if you run lots of chargers or some very quick chargers you may wanna verify that.

In and Out Points

Back in the days when I was an IT manager the way we used to run cables around a hub or a switch rack was simple and it made sure everything was neat and ordered. Each line on the device had an in point where all the cables went through. I used a similar system on the Wall Of Power.

I actually already have a system for managing batteries, but I did not have a system to store them. Question is how to I store those batteries in an accessible way? Enter IKEA and their cheap plastic containers. The empty batteries goes on the bottom (empty cup) container while the full batteries go on the upper one. The idea is that if I am coming back from a shot and have lots of batteries to load, I just dump them all on the bottom case and then I can work through them in an orderly fashion. 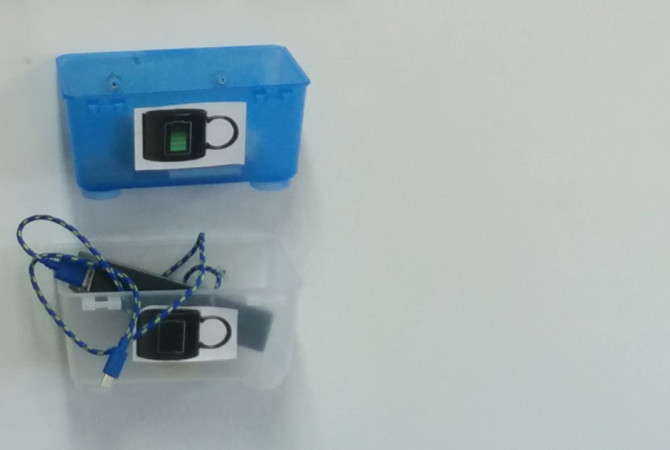 I am using original batteries for most of my gear combined with original chargers. not because I have too much money to spend, but because I know firsthand the impact of a bad rechargeable battery. they don’t go psss…. they go Boom! That said I do have two recommendations: for AA batteries I am using Eneloops both the regular type and the pro type. My AA charger is a Powerex Maha which I have had for a really long time and I am really happy with it, though I guess they probably have newer models now. 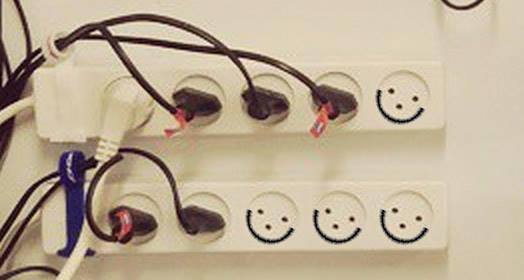 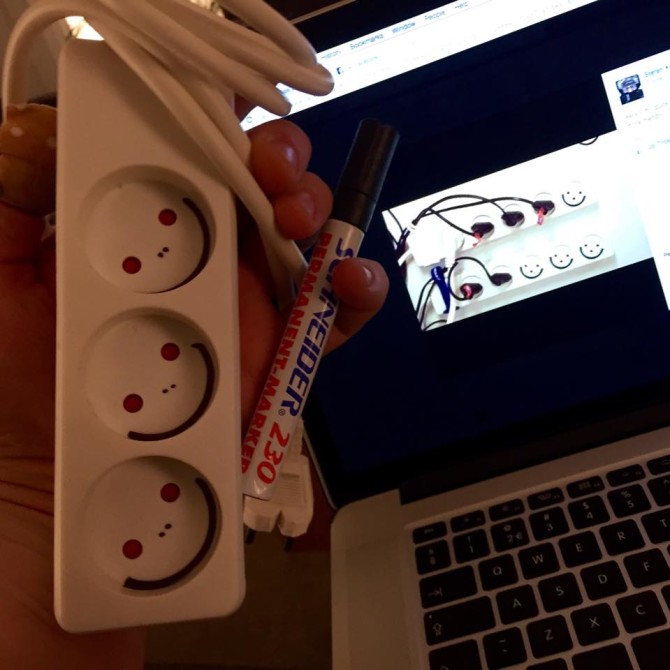 Got an interesting power tip? share with us in the comments.

Build A Background Wall On Wheels

Build your own Speedlight power pack – a pictorial with Manuel Cafini