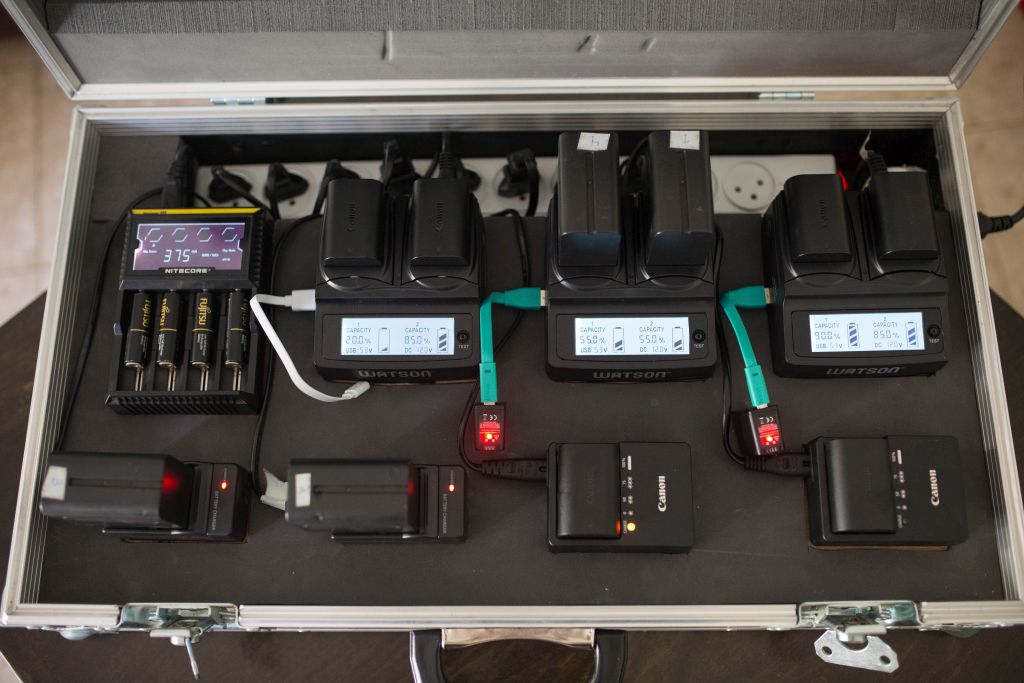 If you are shooting on location (and even if not) you must have a ton of batteries to power your production war-horse. The camera takes batteries, the lights take batteries, remotes, phones, monitors. Actually, most devices take more than one battery. And every battery set want their own charger. And every charger want it’s out power outlet. It’s a nightmare. If you wanted to take it all on location you’d end up with a messy table full of cable spaghetti. There has to be a better way!

There is! Videographer Yair Shiloach‎ came up with this charging station, which both keeps everything in order and makes setting up and tearing down a breeze.

The general idea was to keep all the charges that Yair needs in a single location with a single power feed, while maintaining maximum flexibility.

Yair uses an aluminum hard case to hold all his chargers and batteries. There is an step that covers most of the case. 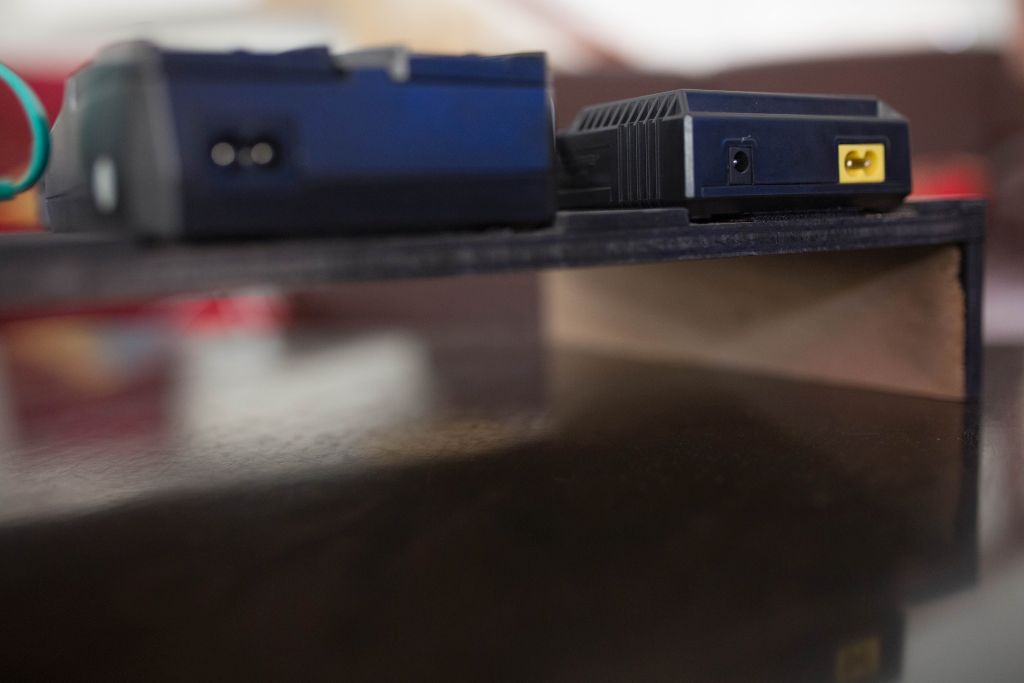 Above the step, Yair places his chargers. Below the step, there is room for cables, charger plates, a built in power strip and some ventilation. 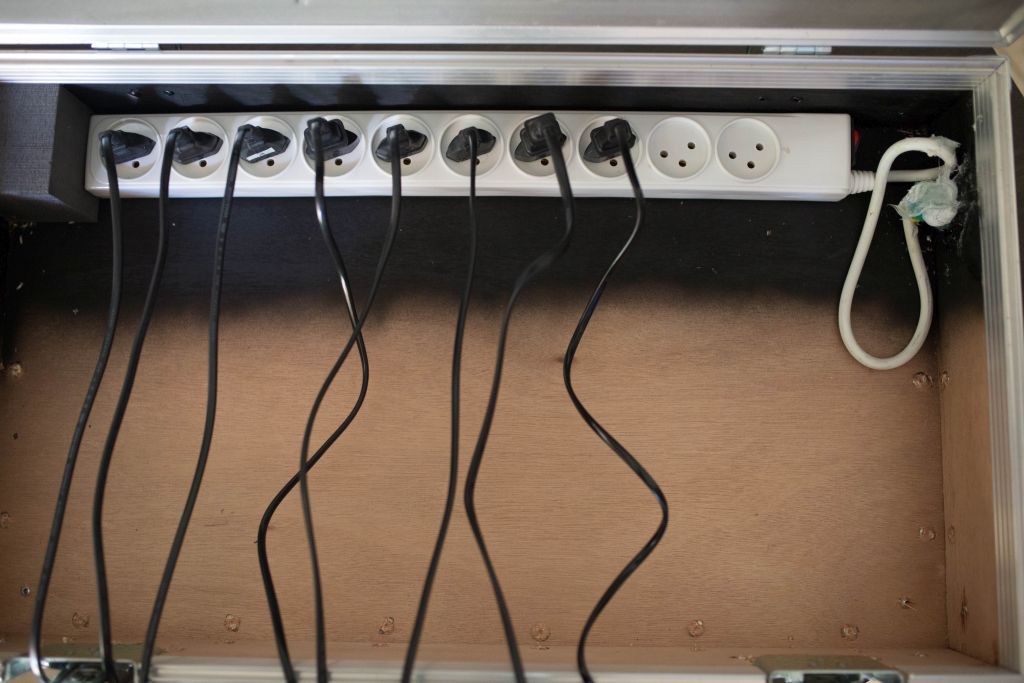 The power strip (a 10 units strip) does not end with a regular plug, its ends with a C14 Power Plug which is rated up to 250V @10A. This plug covers all the power needed inside the case. 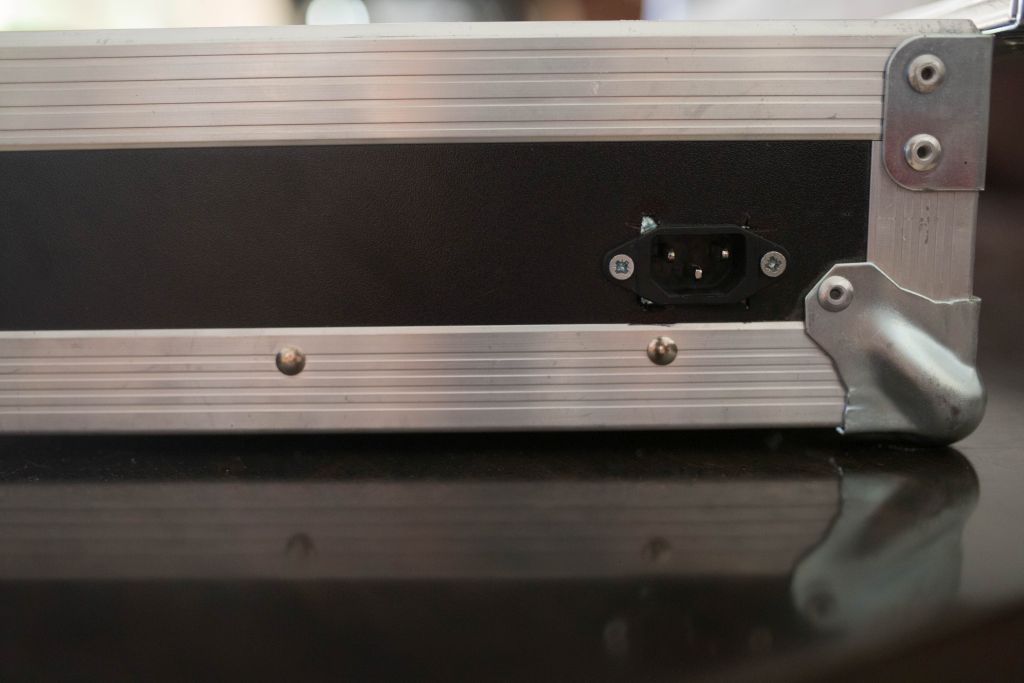 The real smarts, though, is happening on the upper side of the step. Yair chose the Watson Duo LCD Charger as the heart of the system because of it ability to swap plates. This means that charging power goes to the battery sets that need it most. Remember those charger plates that Yair stores under the step, if there is shortage on NPF power, the Watson’s get NPF plates, if he needs more Canon lp-e6 batteries, the Watsons get LP-E6 plates. You get the idea. The Watsons also provide real time battery charge level indication, so you can swap batteries as soon as they are charged. 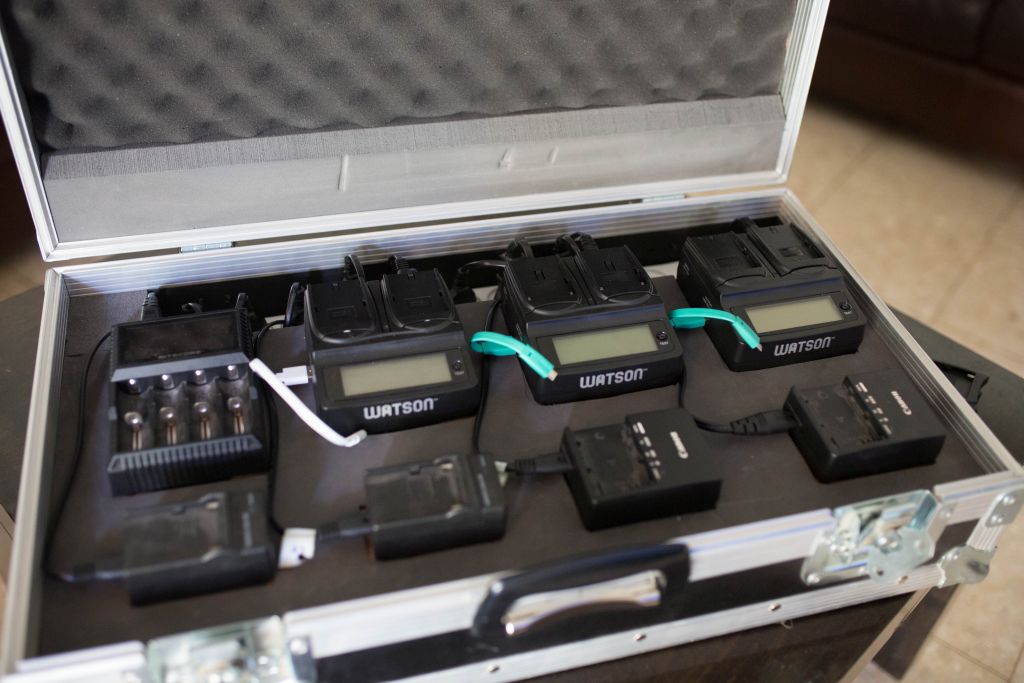 But even with the Watsons, there are still two “regular” Canon LC-E6 chargers and two “regular” Sony NP-F chargers. There is also a 4 spot NiteCore-D4 charger for good measure.

Each of the chargers is has a small velcro on the bottom and they are placed directly on the wood (no foam) so the heat will not go onto the foam. 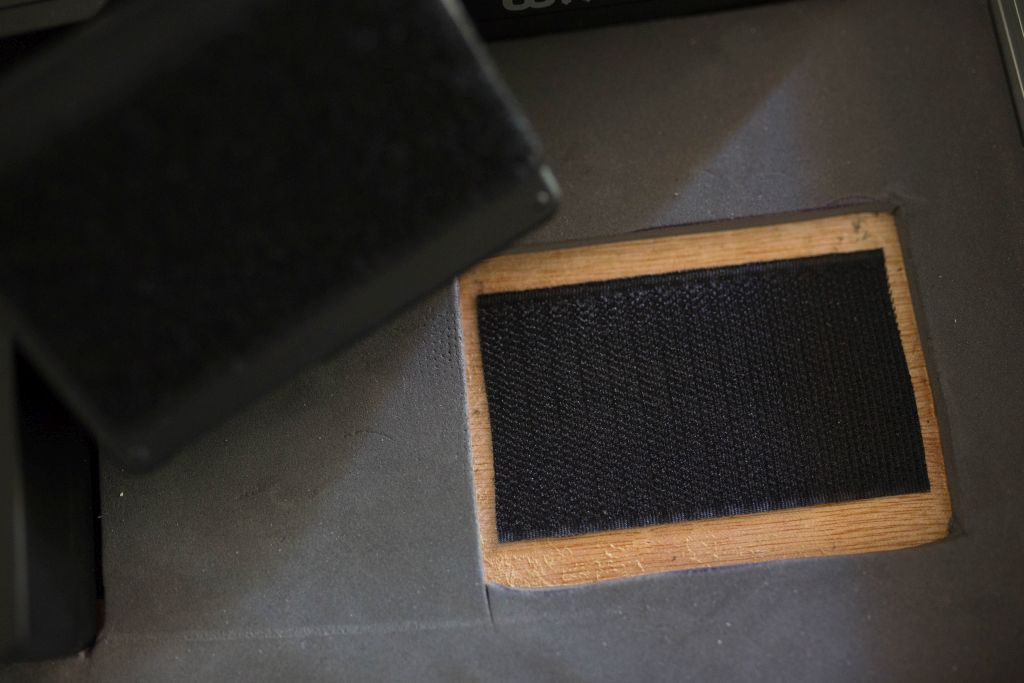 This entire setup is extremely portable, you can take the entire kit out, and have a charging station set in seconds (and re-set the next day if you are doing a few days in a raw). The other option is to pick a single unit and detach it from the velco.

One last word of advice. Never plug such station into the power when the lid is shut. The heat generating inside the case can start a fire. In which case all your batteries will lose their charge and you will lose your job and probably any money you have.

Aside from being a tinker, Yair Shiloach‎ is also quite a videographer, you can check out his facebook page and website to learn more.

DaVinci Resolve 12 may be the answer for budget filmmakers