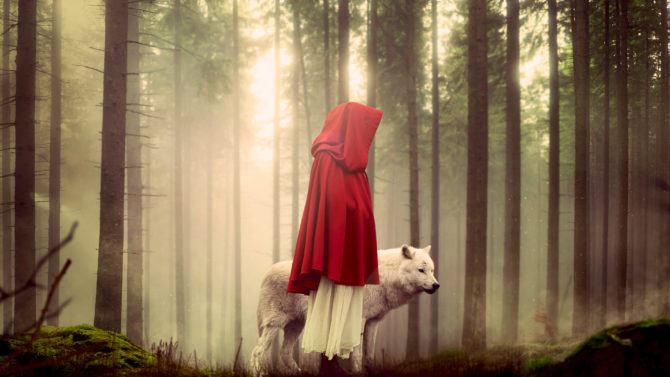 At the moment the UK has a movement of dark art and conceptual artists growing from a love of movies and Photoshop. Their work is creeping its way on to more commercial mainstream sites like Behance, and starting to make an impact, amongst the more straight cut photography. One pioneer of this movement is Matt Seff Barnes!

Matt is a self taught digital artist, and the founder of the Dark Realm Collective –  a group that he formed. The Dark Realm Collective enables him not only to marry his love of digital art and the macabre, but also afford him the opportunity to work with some of his influences from the digital art world. Matt’s artistic inspiration comes from many mediums, one of which film which is probably his greatest source for ideas and inspiration. Most of his work is created using photographic material, taking stock photography and twisting it into something dark and edgy. 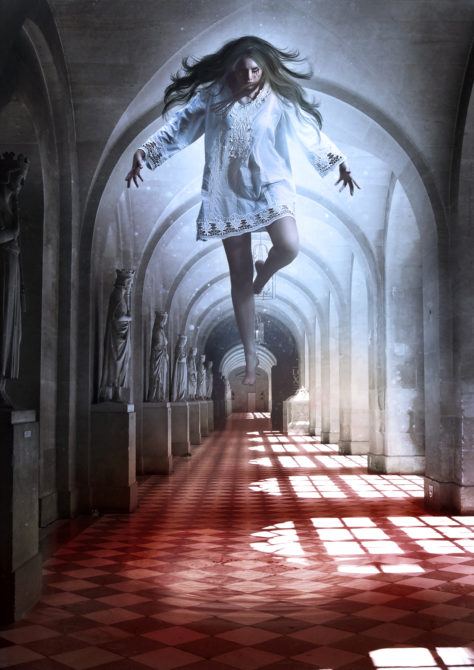 DIYP: Tell us a little about your work, and how you got into using Photoshop to create art.

M.B: I got into photoshop initially as a bit of a casual hobby, I was round a friends house and he was showing some basic tricks, just for fun! So I acquired a copy and the first thing I can remember doing was making birthday cards for my nephew­ I’d try and composite him in a scene from his favourite films! But it became much more than a hobby, and of course with that my work took its natural direction towards my own interests, being dark art inspired by all sorts of mediums I was into at that time.

DIYP: What are your influences, your work is usually dark themed, so I’m guessing horror movies play a big part.

M.B: Yes, movies are a big influence in my work, I tend to gain more inspiration from a films creep factor rather than out and out OTT gore or the more obvious threat that is often associated with that type of film making. But not just movies, books too can inspire as much, in some cases more so as they force you more into using your imagination. 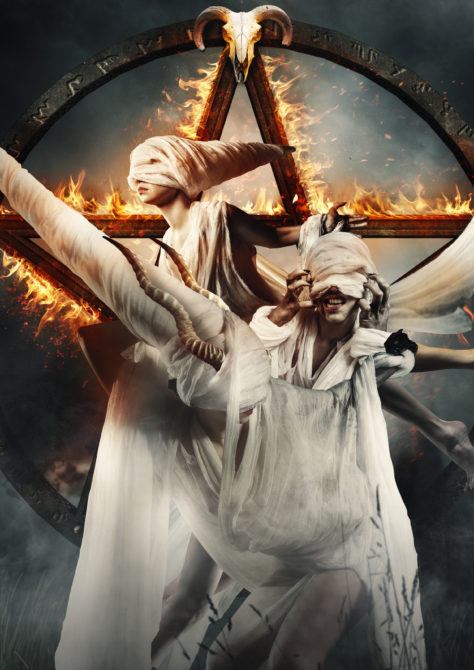 DIYP: You are one of the founding members of Dark Realm Collective, could you tell us a little more about this group, and what they do.2.

M.B: I formed the DRC literally so I could work and meet artists that had similar tastes to mine, there are a lot of art collectives around, some great ones too, but none of them seemed to lean too much in the direction of dark art. So I started inviting what I considered top artists from that genre, luckily they excepted! We tend to choose a subject we all like for example it could be :Witchcraft, one of the guys thinks of some themes then we usually take a few months to create and collect the work together for release. We usually aim for four projects a year.

DIYP: Some of your images have multiple composited elements, on average how long does an image take to complete.

M.B: That really is dependent on the complexity of the piece, and the amount of images you’re using. Sometimes you can be lucky and something will form very easily , other times you can be working on a single element for a few hours. I try to get the images masked, and put together a rough composition  just to work out the feel of the piece and lighting, I then just work from there.  So the results will vary in terms of the duration of a piece. I usually work in bursts of 2/3 hours over the course of a week for a piece to be finished. 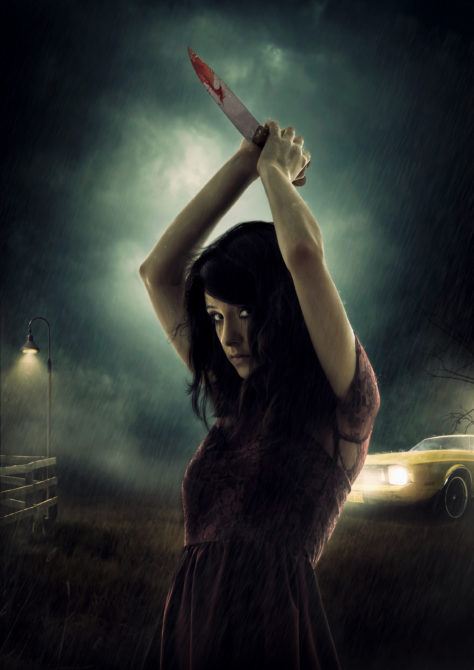 DIYP: Many of your composites contain stock. For people unsure where to find the best stock images for their manipulations, what would your advice be?

M.B: For me you cannot beat working with professional stock, they do cost much more but the improvement that they lend to your work is unquestionable, personally I use Adobe stock, they charge pretty good rates and have a huge library. However don’t let art sites like deviant art be underestimated, if you invest enough time looking you can find perfectly good stock usually for free, or for the simple task of sharing link back to the members page. It was my go to place when I was starting out.

DIYP: With the rise of Photoshop, and most people these days having access to it, do you think it is harder to stand out from the crowd?

M.B: I think that is something that comes with time and establishing yourself, once you have the basics down, you can start to look at what inspires you and how you can approach it differently, give it your voice if you will. Its not just about learning Photoshop, its about how you present what you have learnt and like anything with enough focus and determination that all come through in your work, almost like natural progression 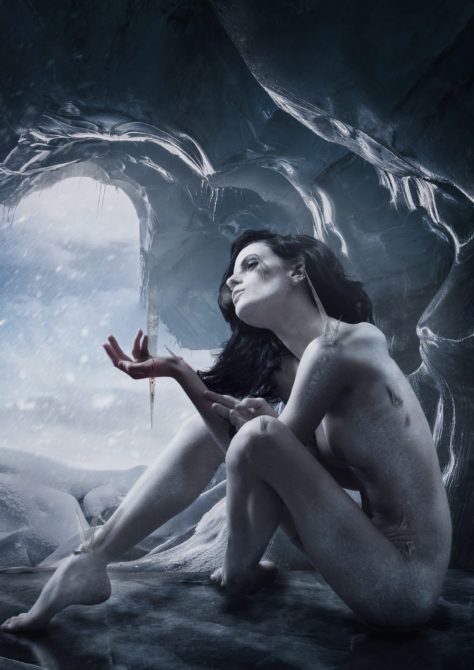 DIYP: What would be your best piece of advice to people just starting to use Photoshop for the first time.

M.B: It really is all about the two P’s: Practice and Patience , it was something I was told early on and it really has been the way. Don’t get me wrong there have been times a few years back when I thought I wasn’t getting anywhere or improving, but then something just clicks and you start to notice differences and you work on those to improve more. There are so many resources now for people to learn, Youtube is great, plenty of great websites you can learn tutorials. Get your basics of PS down and take it from there. 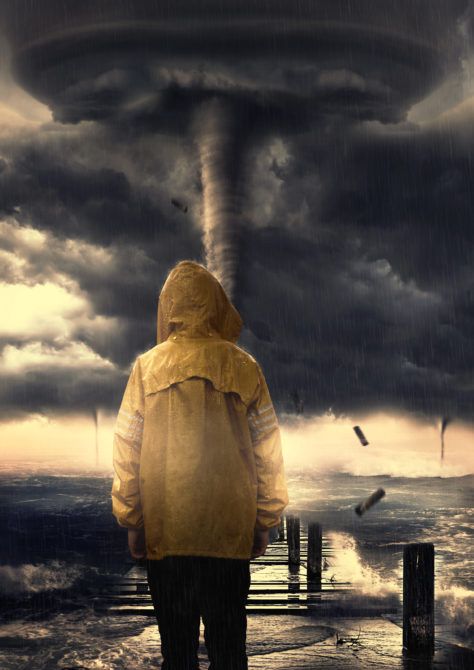 As I mentioned earlier movies play a big part in the influence of my artwork, so for me to have worked on a series of movie posters would certainly be one ambition I would like to have under my belt,  working in that medium would probably be about as artistically satisfying as I could think of. 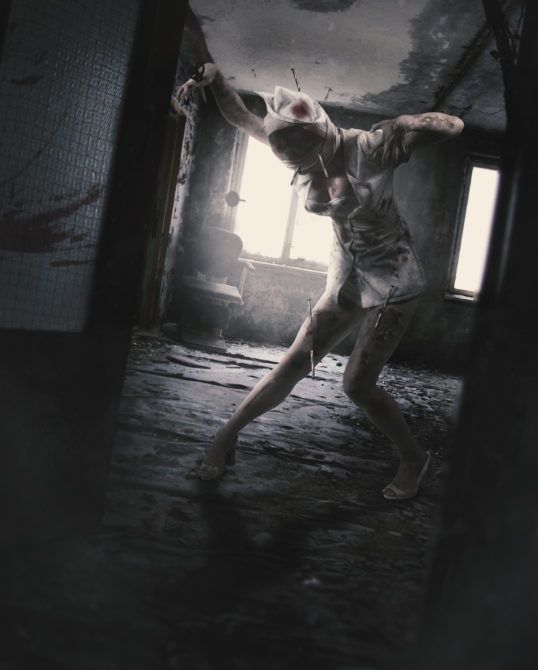 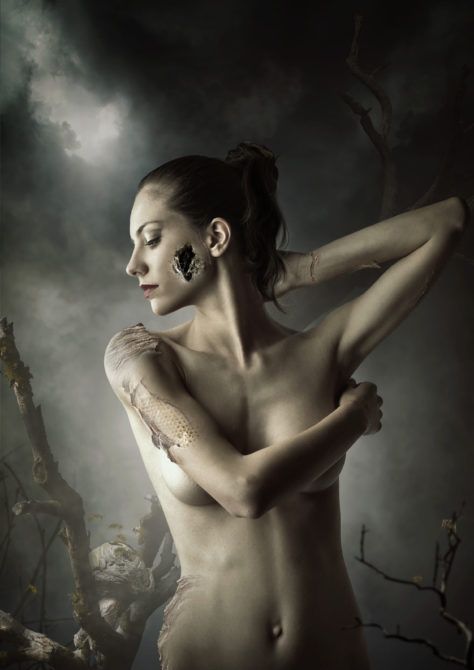 4 Kicka$$ Compositing Videos That Reveal The Art Within The Art