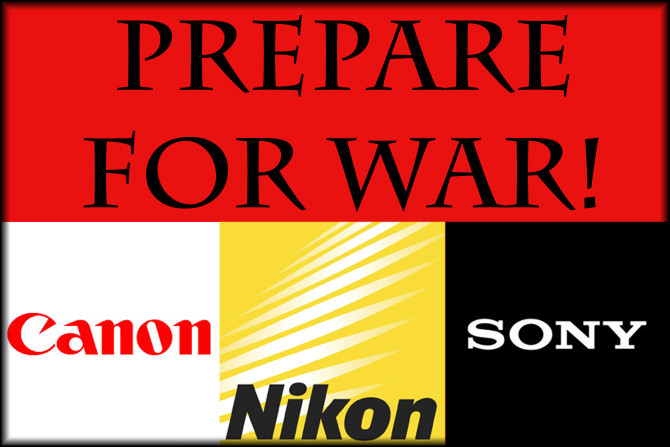 Photography newcomers may not be aware, but until 2012 a fierce war took place. A war that lead to the demise of many loved cameras and the birth of many more advanced models – the megapixel war (or the ultrapixel war).

Temporarily put to rest with the release of Nikon’s record-smashing 36MP D800, it seems that the ultrapixel war will soon be making an impressive comeback.

By now we know that Canon, Nikon and Sony are all working on high-megapixel cameras, expected to be released during 2015, but Northlight Images claim Canon is set to take the lead this time around. While Sony is said to be developing a 46MP sensor, which will likely be used by Nikon as well, Canon is rumored to found the “over 50MP DSLR” club.

It is the new design of the 7D Mark II‘s 4.2 micron pixel that will allow the creation of the 52MP full frame sensor. Utilizing the 4.3 micron pixel design, used in Canon’s 18MP cameras, would result in a record-tying 46MP sensor.

Far from the 75MP sensor that has been mentioned in previous rumors, should this new sensor turn out to be real it will undoubtedly add fuel to the Canon-Nikon(-Sony?) debate and make forums moderators work overtime.

Some photographers will be disappointed to see the camera manufacturers invest their time and resources reigniting this war, but I for one am looking forward to seeing how these new sensors will perform.

Prior to the release of the D800, a lot was said about how 36MP is way too much and that it could never yield quality results with such a high megapixel count. However, ever since I picked up one of these cameras my D300s has seen very little light of day. DxOMark also ruled the then-new “monstrous” sensor as the best it has ever tested.

As far as I’m concerned, these new sensors are an exciting upgrade to existing models and I can’t wait for them to be officially announced. But while there is a significant step up from 24MP, or even 36MP, to 46 or 52 megapixels, I can’t help but wonder if the slight difference between 46MP and 52MP will be noticed by anyone other than Canon’s marketing department.

Whatever your views are on this matter, ready yourself – war is coming.

[via Northlight Images via CanonRumors]