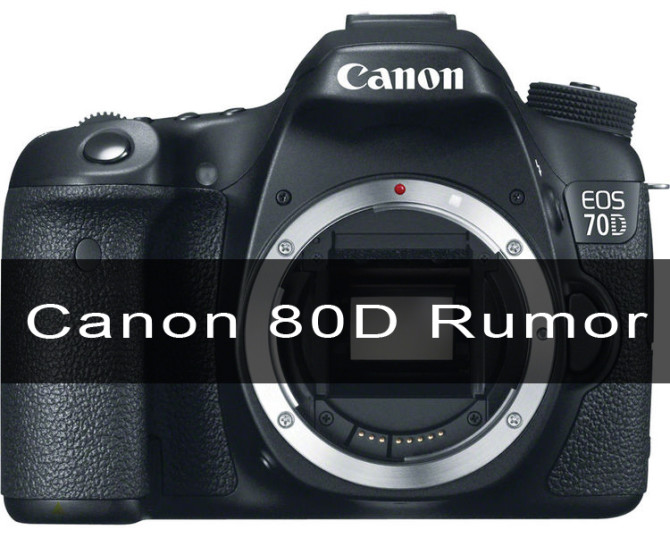 When the Canon EOS 70D was announced in July 2013 it was the first Canon crop camera in a while that didn’t come with an 18mp sensor. Not that the extra two megapixels made a huge difference, but it was a good indicator of the company’s direction.

Back in the day the 20.2mp sensor was the highest resolution APS-C sensor ever created by Canon, and two years later and the camera’s successor, presumed to be called 80D, is rumored to include sensor somewhere in the 28 to 34 megapixel range.

According to Canon Rumors, a ‘good source’ told them to expect a sensor in that neighborhood, which could lead to another megapixel record.

Anyway, the source also mentioned that there could be an announcement in late 2015, so the specs will have to be decided upon in the near future.

Other specs that have been mentioned by unknown sources, and seems unlikely, include silent electronic shutter mode, color top LCD that can display information like the histogram, and voice control.

The recently patented EF-S 15-53mm f/2.8-4 is mentioned as a possible kit lens, and if true, it would no doubt be a great upgrade to kit lenses