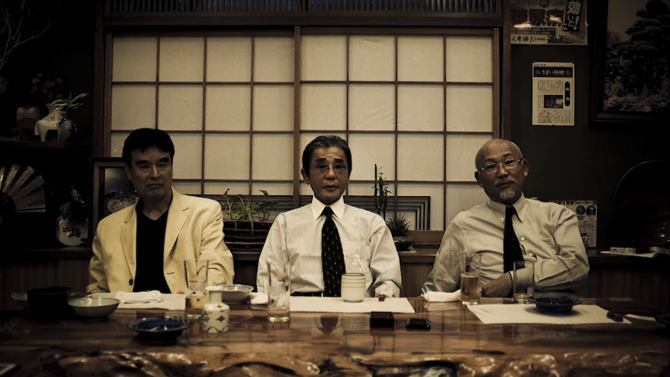 It took Anton Kusters about 10 months of negotiations with the notorious Japanese crime syndicates, the Yakuza to be granted access into their world. Kusters, a Belgian photographer, wanted to photograph the gang as part of a documentary photography project he had been hoping to start. Kusters delivered the proposal for his project during a meeting with the Godfather, who, surprisingly gave Kusters permission to start shooting right there on the spot.

“I literally expected to enter into a Kill Bill kind of world where people are running around with swords, chopping each other’s head off with blood flowing in the streets and things like that, obviously because I didn’t know better. I just saw the movies like everyone else, and what I did see was a very different, very much more subtle world which relies on pressure, which relies on appearances, which relies on control much more than actual violence.”

As you can imagine, the opportunity Kusters was given, is truly a once in a lifetime ordeal. In February 2009, Kusters became one of the first photographers to capture life inside a Yakuza family. You can listen to the enthralling story in the words of the photographer himself and catch a glimpse of some of the telling portraits he created during his time with the Yakuza in the video clip from The Economist: