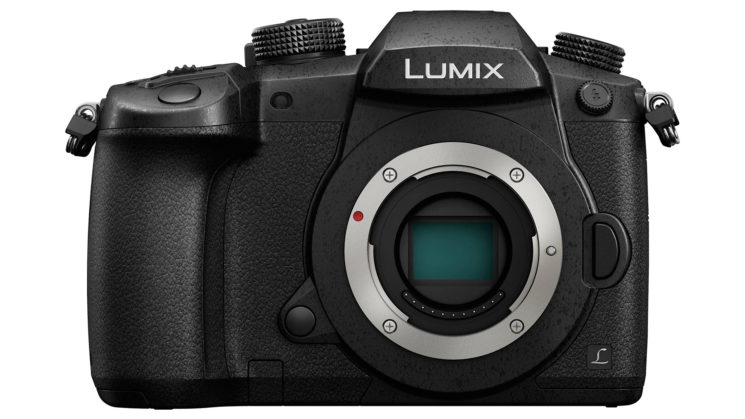 French website Phototrend appears to be going all out in the Micro Four Thirds corner lately. After recently talking to the folks at Olympus about their plans, they’ve also been speaking to Panasonic’s Director of Imaging Business Division, Yosuke, Yamane, about their plans for the format, too.

With the recent new additions to the Micro Four Thirds System Standards Group – namely, Venus Optics, Yongnuo and Mediaedge – interest in the system seems to have picked up again. Especially so with Yongnuo’s recent announcement that their Android-powered mirrorless camera has switched to a Micro Four Thirds lens mount.

While much of the discussion between Phototrends and Mr Yamane was related to their cameras in the L Mount alliance, they did also speak about Micro Four Thirds. Mr Yamane doesn’t go into specifics, although he was asked two rather specific questions during their discussion with relation to Micro Four Thirds.

Is Panasonic still committed to the Micro 4/3 system?

Yosuke Yamane: Olympus has announced that the Micro 4/3 is the number one mount (in terms of number of sales) among all hybrid mounts on the Japanese market in 2019.

The Micro 4/3 is the format we created jointly with Olympus. By its compactness, its mobility and its good handling, many users appreciate the Micro 4/3.

There are two categories of users: one who appreciates mobility and the other who wants to have the best photo and video quality. These people are divided between the Micro 4/3 and the full format. The Micro 4/3 is still a very important format for us and we must continue to promote it for now.

In addition, we expected the “mirrorless” trend to manifest itself much earlier, three years ago. But all of a sudden, last year, this trend imposed itself on the world market and we are very happy.

How do you see the Micro 4/3 compared to the full format hybrid in the years to come?

Yosuke Yamane: the basic requirements of a camera for a photographer are its small size, lightness and mobility. These needs will not go away for camera users and we are trying to strengthen our advantage in the global market. For this purpose, we want to energize the Micro 4/3 as much as possible.

Regarding size, if a full-frame hybrid camera is smaller, combined with a lens, the total size remains large. On the other hand, the Micro 4/3 allows lenses and a whole much more compact than in full format. We will improve the functions and the quality of our Micro 4/3 ecosystem, please wait for future developments.

The interview covered a number of other topics, one of which being an APS-C format L mount camera. Mr Yamane revealed that will not happen – at least certainly not from Panasonic. Panasonic believes that it would simply cause confusion in the market. So while they are still committed to Micro Four Thirds, the L mount will be solely full-frame. It’s not an unexpected response, as it’s pretty much the same answer Fuji regularly gives with regard to full-frame mirrorless vs their APS-C and medium format systems.

Interestingly, though, he says that Panasonic had considered some kind of co-existence between the L Mount and Micro Four Thirds systems, allowing you to utilise your L mount lenses on the smaller sensor cameras. It was something that they seriously looked into, he says, although ultimately the decision was made to keep them separate, as trying to create a unified system for both sensor formats would not bring any great added value for customers.

Also interesting is how closely (or not) Panasonics is working with Sigma and Leica on the L mount system. While the three companies do share common goals and have “high-level meetings with the L-Mount Alliance committee” and that they say they are still competitors, they do not share projects and have no idea about each others development schedules.

When it comes to Micro Four Thirds, though, given the stiff competition Panasonic has faced in the Micro Four Thirds video market over the last couple of years from the likes of the Blackmagic Pocket Cinema Camera 4K, I think it’s about time they announced a GH6.

You can read the complete interview over on Phototrend (Google translated).