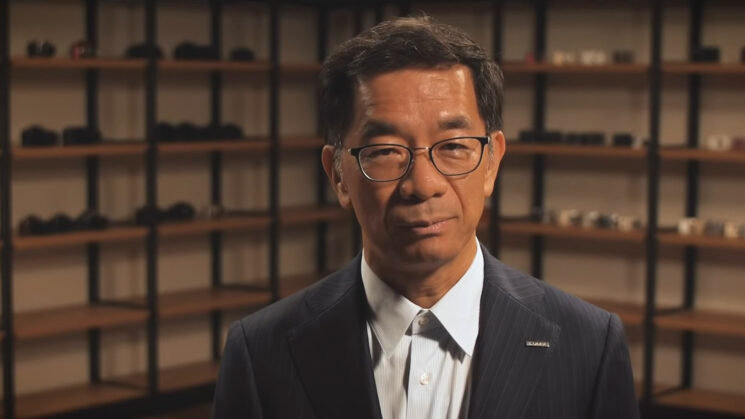 In a recent interview with DPReview, Yosuke Yamane, Vice President of Panasonic’s Entertainment and Communication business and director of its imaging business unit, spoke about a number of topics in Panasonic’s future. It covers, amongst others, things such as stills vs video, phase-detect autofocus and the role that AI will play in the future of photography. But what was particularly interesting to me was how he spoke about Micro Four Thirds.

What made it interesting to me is the fact that, like many people reading this, I’m a Micro Four Thirds shooter. Granted, I only use MFT for video, but how he describes it – and presumably how Panasonic sees it – is a little different. MFT does offer some obvious benefits for photographers due to its diminutive stature, but that small size also presents other implications. In essence, he described it as a gateway to larger systems.

In the past, we’ve typically only seen Panasonic’s commitment to Micro Four Thirds being reaffirmed but never really expanded upon. Every time there’s a new full-frame camera announcement from Panasonic, we get the usual “Oh, don’t worry, we haven’t forgotten about MFT!” but with recent talk of compacts and some Micro Four Thirds lines being discontinued, it’s left a lot of MFT users wondering about its future. Now, though, we have some insight into how Panasonic sees the system and what its future role may be in Panasonic’s lineup.

[Micro Four Thirds offers] size benefits, and a shooting experience that can’t be matched by a smartphone. Micro Four Thirds is a compact and lightweight system that enables hand-held photography in combination with a telephoto lens, which is not possible with full-frame.

One of our goals is to tell the story of the benefits of a dedicated camera to teens and people in their 20s. We need to tell them that there is a world that can’t be achieved with a smartphone. [But to achieve this] you need the portability the smartphone has. I think the need for small, lightweight cameras that can be carried around all the time like smartphones will increase, especially among the younger generation.

The implication here is quite obvious. Micro Four Thirds, while having advantages for specific uses and types of photographers – like macro, where a given field of view and aperture combination provides a deeper depth of field – is also seen as the “gateway drug” to lure users from smartphones to more advanced camera systems. There was no suggestion as to whether or not we’d see some of the more entry-level MFT body lines returning to the lineup, but it looks like they want to use MFT As a relatively inexpensive way to transition younger people from smartphones while still retaining some of that small, lightweight portability.

As an MFT user, I don’t think I’ve ever felt like MFT cameras – even little ones, like the GX80/85 – are going to replace my smartphone as my go-to for everyday stuff. But for those days when I specifically want to go out and shoot photos with more control and options than my smartphone can provide? Well, yeah, I’ll grab a Micro Four Thirds camera over my big full-frame DSLRs. But having those full-frame DSLRs – as would full-frame mirrorless – still offers benefits over MFT when I need them.

So, the draw of MFT as the first camera system to lure people away from smartphones for more serious photography makes sense. And as user capabilities, needs and expectations grow, it’s natural that Panasonic would want to try to bring them into the L mount system. Jumping straight from smartphones to full-frame, especially with the associated costs, even today, is a much bigger leap.

How we’ll see this philosophy implemented across Panasonic’s lineup in the future remains to be seen, but there is one important factor for smartphone photography that doesn’t really exist in mirrorless cameras yet, and never existed or will exist in DSLRs; artificial intelligence. AI is a massive part of smartphone photography, with much of the heavy lifting of image creation being done by processors and not the image sensor.

Yamane spoke about that topic, too, suggesting that AI could potentially play a large role in the future of mirrorless camera workflow. Already we’re starting to see things like AI-enhanced autofocus, but it could become more pervasive to cover things like colour, contrast and framing. Panasonic believes that “shooting mistakes will be greatly reduced in the future”, suggesting that AI will become a big focus of mirrorless cameras (from all brands) at some point.

Whether or not we’ll see eventually some of the advanced techniques that we see in smartphones for things like HDR, ultra-long night time handheld exposures, AI noise reduction, fake bokeh and relighting, etc. remains to be seen. I think such features are almost inevitable as the traditional camera specs and features start to hit useful limits, but I don’t think we’ll start to see them implemented en masse any time soon. The AI evolution in mirrorless cameras going forward, however, will be an interesting one to watch.

As mentioned, the interview also touches on other topics, such as the newly released Panasonic Lumix S5 Mark II, phase-detect autofocus (essentially restating what was said before), the new L² collaboration with Leica and how it differs from the previous L mount alliance with Leica and Sigma and stills vs video. He also talks about Kinako, the dog that provided a surprising contribution to the Lumix S5 Mark II’s development. So it’s well worth heading over to DPReview to check out the whole thing.