Right before their presentation was to begin, Sony uploaded a PDF today going over it. In the packet, you’ll find their official announcement of a new curved CMOS sensor that they’ve been working on since 2012. 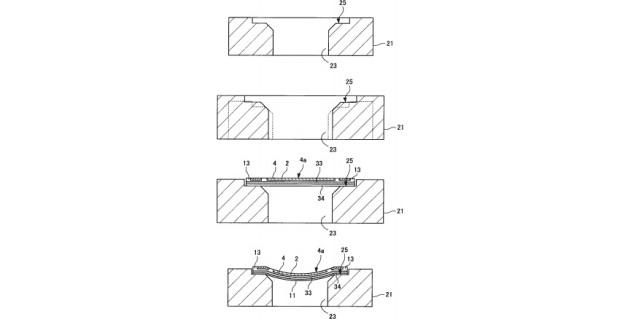 From the presentation itself:

We realized an ultimately advanced imaging system that comprises a curved, back-illuminated CMOS image sensor (BIS) and integrated lens which doubles the sensitivity at the edge of the image circle and increases the sensitivity at the center of the image circle by a factor of 1.4 with one-fifth lower dark current than that of a planar BIS. Because the lens field curvature aberration was overcome in principle by the curved sensor itself, the curved BIS enables higher system sensitivity through design of a brighter lens with a smaller F number than is possible with a planar BIS. At the same time, we controlled the tensile stress of the BIS chip to produce a curved shape that widens the energy band-gap to obtain a lower dark current. The curved CIS can be applied to an ultimately advanced imaging system that is validated by the evolution of the animal eye in Nature.

So why curved? According to Sony, the curving on the sensor allows for no light loss on the corners at all, and no deviations at all in sacrifice for that. At the same time, it would allow for faster aperture- basically, it’s the sensor getting closer to being as sophisticated as the human eye.

Obviously, considering the fact that this is just a form of tech being unveiled, there’s still no news of plans to integrate it into an actual product yet. But when that day comes, how will it happen? Are they going to use it for their mirrorless cameras? Their line of E-mounts? Or will this technology be built more into a smartphone? After all, Sony has been producing the iPhone’s camera sensors for a good few years now, and Apple’s always maintained a strong reputation for sophistication in its technology.

If they were to integrate it into mirrorless cameras, then it’ll be a while until we see anything coming into fruition from it. Things would need to be redesigned. There would have to be an entire upheaval of Sony’s camera lines for the sensor to be able to take its place, and by then other companies may have their own tricks to play in terms of advances in technology. Still, this is an indication that Sony is still trying to push boundaries, which is what makes them such a respectable company in the first place. One thing we can be certain of is that they know what they’re doing with the future of this technology.

[Via PetaPixel via Mirrorless Rumors]