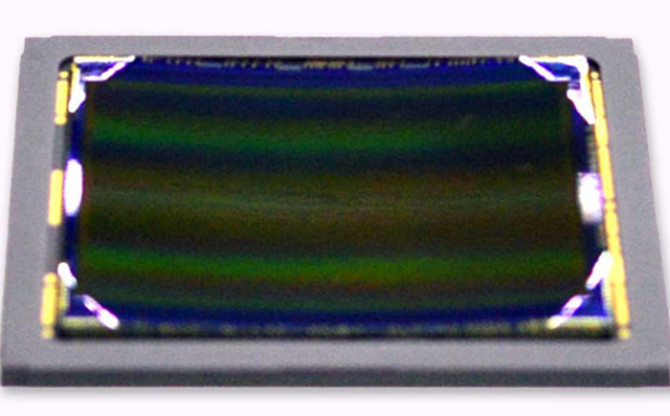 Remember those patents Sony got a while back about something to do with a curved sensor? Because we now have our first look at the actual sensor itself. If you’re not up to date with the story, Sony’s been working on some new technology with camera sensors; what resulted is one that shares the same amount of curvature as our human eye.

There’s actually a good chance that this is your first time hearing about the sensor itself; Sony’s been keeping this project under the wraps since it went underway. They’re closer to making a curved sensor like this than any other company has before, and they’d really benefit from a headstart.

Considering the fact that the greatest image processor out there today is still the human eye, this sensor’s curve is already looking like a game changer. But we don’t need to predict that; the sensor itself is 1.4 times more sensitive than regular sensors in the center, and it’s 2 times more sensitive at the corners. This is because of the fact that light rays directly hit the corner pixels instead of indirectly; the curved sensor doesn’t need as many corrections as would the sensors we use on our cameras today, allowing us to put this new one together with lenses of larger and flatter apertures.

Like we learned last time news about the sensor hit from its patent, this kind of technology is going to be great for what it does in low light.

Right now, there’s a good amount of speculation backing up the claim that the new sensor will come with the upcoming RX2 compact. Once it does, we can find out for ourselves whether this technology is destined to be a gimmick or ready to change the industry.

[Sony Alpha Rumors via The Phoblographer]