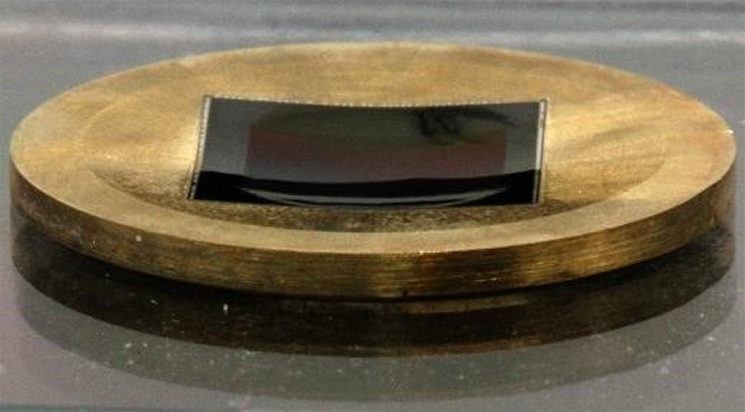 The idea of curved sensors has been around for a while now. Sony have been working on it since at least 2012, and we even got to see images created by it in 2014. Canon also filed a patent at the end of last year for both curved and “bendy” sensors. So, they’re definitely on the way. But new techniques developed by a team at Microsoft Research could speed things up dramatically.

The team have developed a way to create spherically curved image sensors by bending off-the-shelf sensors. Their quest started with the question “What would an ideal camera be like?”. They decided that very low light performance with sharp result would be vital, and they believed that curved sensors were the solution.

In addition to improving consumer cameras, curved sensors could be used to create better cameras for surveillance, head-mounted displays and advancements in autonomous vehicle navigation.

The issues with flat sensors are problems we all come across regularly. Primarily they’re edge softness and coma. Of course, curved sensors would mean that we’ll need a whole slew of new lenses, too. But they would be able to be much simpler in design.

No longer would they need elements in them specifically designed to turn a curved field into a flat projection. This means that, in theory, we’ll see an overall increase in quality, and fast lenses with amazing low light sharpness.

We showed that you can take an off-the-shelf sensor, curve it and dramatically improve the performance of the optical system.

This can be done with relatively low costs and effectively no downside.

Phys.org reports that Microsoft worked with HRL Laboratories to help solve some of the physics challenges involved in bending off-the-shelf sensors. They say that they have put the sensor into a prototype camera with a specially designed f/1.2 lens with resolution “more than double that of a high-end DSLR with a similar lens”. And as far as edge softness, they say it was “about five times sharper” than a DSLR.

The prototype camera is reported to be about the size of a small consumer camera. The researchers say, though, that this could be scaled down to fit into mobile phones and tablets.

With big players like Sony, Canon and Microsoft behind the idea, it may not too long before we will be able to get them in our hands. Athough, while Microsoft believe mass production should be fairly straightforward, they don’t expect commercial products featuring curved sensors will come any time soon.

The researchers at Microsoft say they are now working on ways to see if further improvements can be made with even more curvature. They also want to experiment with curved sensors that operate in infrared wavelengths for telescopes, 3D spatial mapping, biometric authentication and various scientific applications.

You can read the full research paper here.