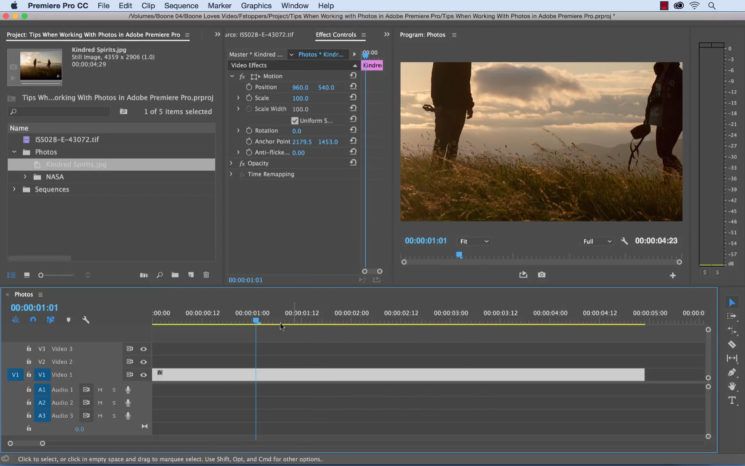 People are using photographs in videos for all kinds of reasons these days. Sometimes it’s to supplement a behind the scenes shoot or a vlog. Maybe you’ve shot a few thousand stills to turn into a timelapse. Or, perhaps still photos is the entire content of your video slideshow. Whatever the reason, creating videos from stills is still confusing to many people.

If you don’t want to create something completely from scratch yourself there are services like Animoto. But if you want a little more control, something like Adobe Premiere Pro will give it to you. This video from filmmaker Jason Boone offers 7 great tips for working with your photographs and stills timelapse sequences inside Premiere Pro.

Personally, I prefer to work with timelapse sequences in Adobe After Effects. I then embed that composition onto the Premiere timeline – got to love that Dynamic Link. I just prefer the options AE provides over Premiere for that sort of thing. But I’ve started to embed stills in pretty much every video I make these days and regularly use some of these tips myself. 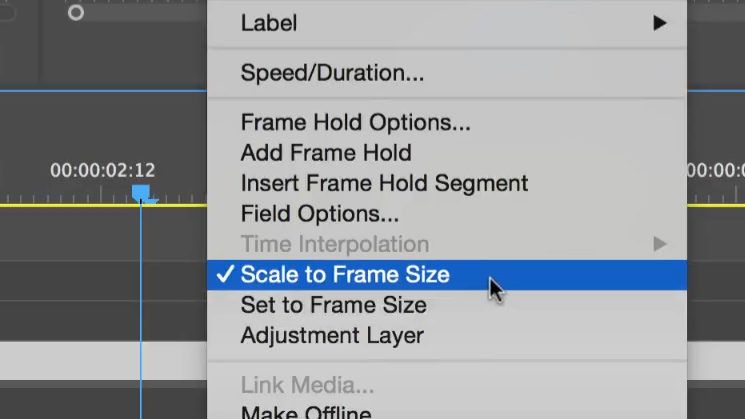 The biggest issue with embedding stills into video is that photographs often don’t conform to the resolutions we tend to use for video. They’re not even the right aspect ratio, most of the time. Video is usually 16:9 whereas most cameras are 3:2 or 4:3. Premiere Pro can automatically scale your images to fit within your frame, but you might want to disable the option. 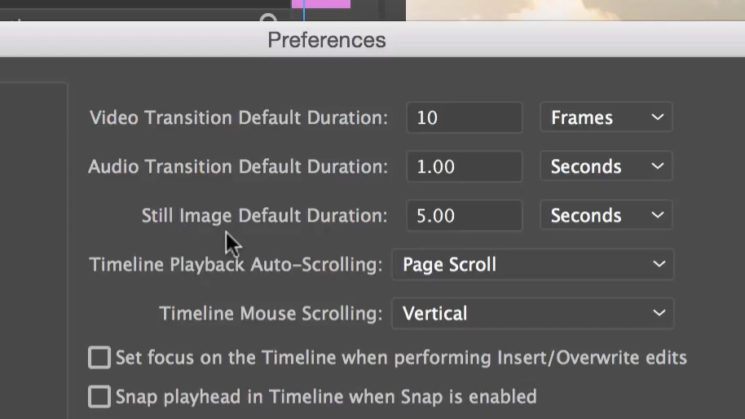 By default, Premiere Pro sets the duration to 5 seconds when you add an image onto your sequence timeline. Personally I always found this a little short. I prefer around 8 seconds or so. It’s long enough that the viewer can get a good look at the shot, but short enough that it’s not on the screen for an uncomfortably long amount of time.

You might prefer a different duration, and you can change it in the preferences on the “Timeline” tab. 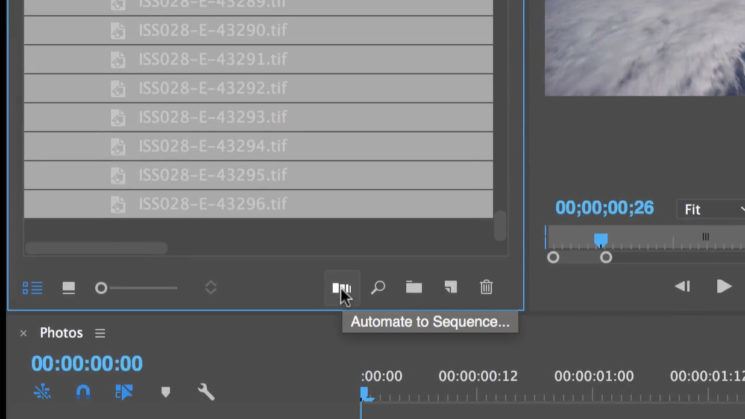 There’s two basic ways to import a series of still images into Premiere Pro to produce a video sequence like a timelapse. The first is to simply import each of the individual files into Premiere itself. Manually putting all these on the timeline in order, and knocking each image down to a single frame can take hours, though.

The quicker and simpler option to turn these into a video is to just hit the “Automate to Sequence” button. 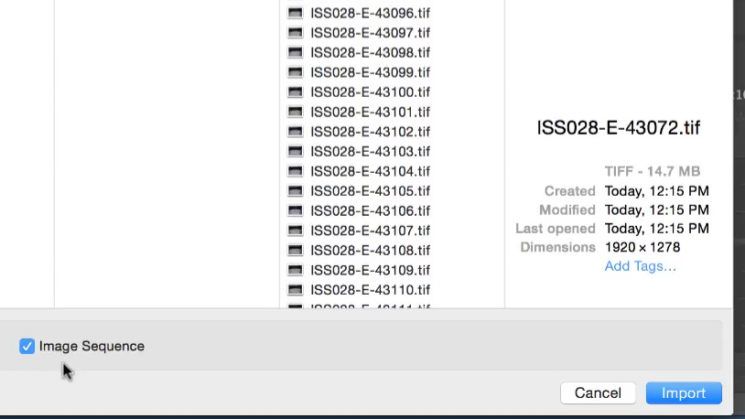 The other method of producing timelapse from a series of stills is to simply import it as a sequence of images to begin with. This option only comes up if you actually use the import dialogue from within Premiere Pro itself. 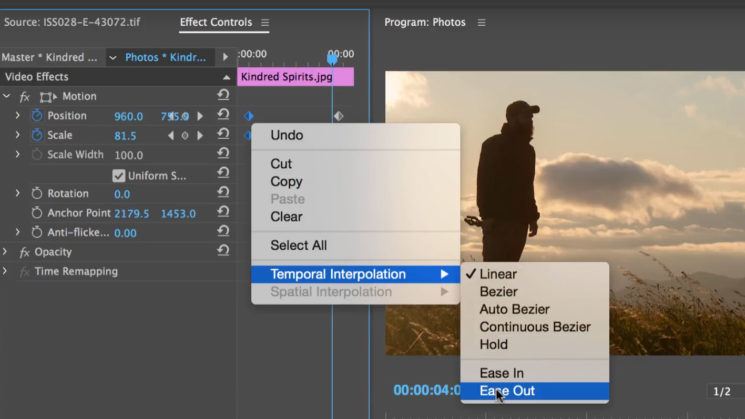 Animating a photograph is actually pretty simple in Premiere Pro. Everything exists inside the Effects Controls panel. Here you can keyframe the position, scale, rotation and other features to zoom in or out of your image, and to pan around. 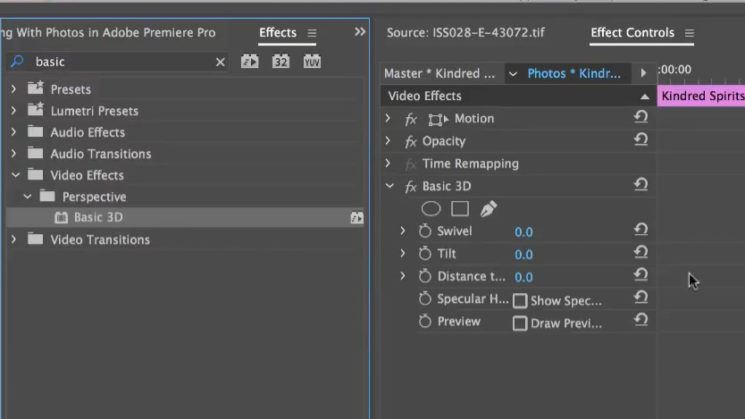 3D effects are typically the realm of something like After Effects, but you can do some basic 3D in Premiere Pro, too. Not surprisingly, it’s using an effect called “Basic 3D”. It lets you do some perspective adjustments which you can then photograph to animate your image as a whole. This can be handy for slideshows where you might want to have one image fly out as another flies in. 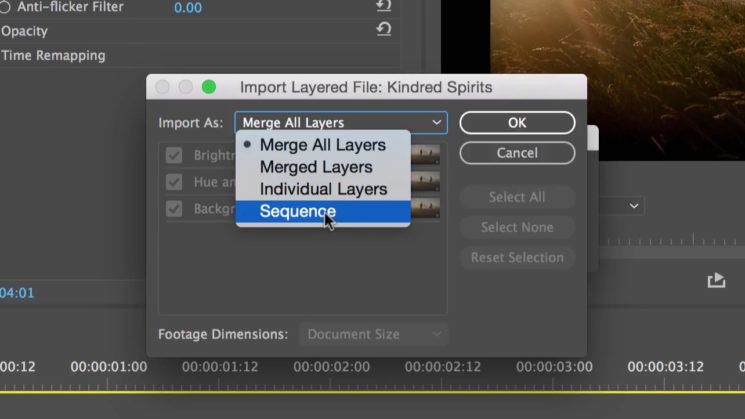 This is probably the most powerful tool that Premiere has to offer when it comes to importing still images. As well as photographs, this can let you import all kinds of title screen overlays or entire graphical interfaces. It will let you import the whole thing as a single flattened layer, or just merge selected layers. You can bring each layer in individually, or create a whole new sequence based off its contents.

You may run into some limitations with things like certain types of Smart Object or Smart Filters that are used within PSD files, though. In events such as this, exporting out sets of layers to PNG or TIF files and importing separately can often be your best workaround. But using PSD files is a great way to work with images inside Premiere.

I still prefer Adobe After Effects for some of the things mentioned above, especially the timelapse sequences from a series still images. But for simple animations, Premiere works extremely well. If you’re doing extreme animations, and rapid zooms in and out of an image, then After Effects may be your best bet. I just find the motion blur in there to be more pleasing.