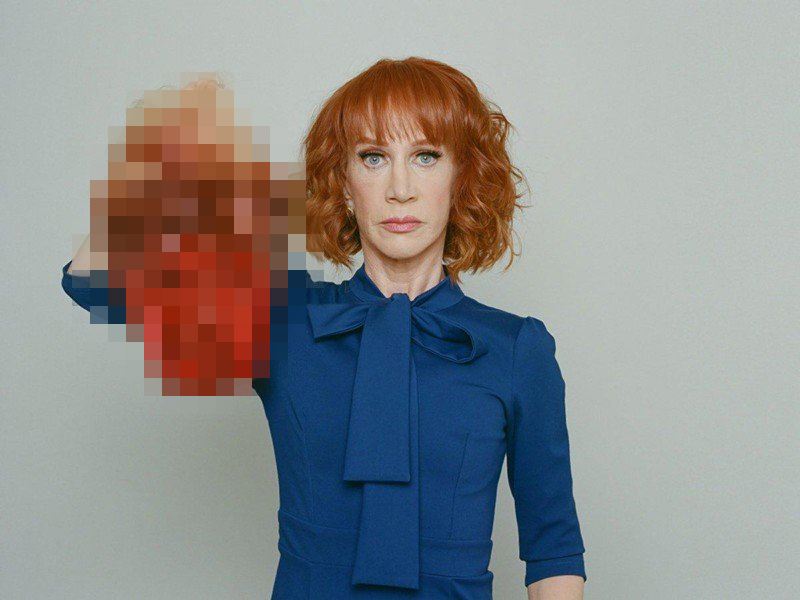 I imagine a world where, at some point, somebody told Kathy Griffin she was funny as some kind of prank. But, she believed it and has ran with it ever since. Sure, I’m probably not all that funny, either, but I’m not attempting to make a living out of it. Her latest act of “comedy” has landed both Griffin and photographer Tyler Shields in some pretty hot water.

The photo, obscured above, shows Griffin holding up a blood covered Donald Trump mask, made to look like a decapitated head. Now, I’m no fan of Trump, either, but this really is just wrong on so many levels. Causing much outrage online, it even provoked a public response from Trump himself – via Twitter, of course.

Warning : The complete image in question is shown in the post below

Created along with Griffin by renowned celebrity photography Tyler Shields, the image was first published through TMZ. Shields is known for his rather shocking work, so it’s probably doesn’t come as much of a surprise that he’d shoot something like this. And he’s sticking behind its creation. 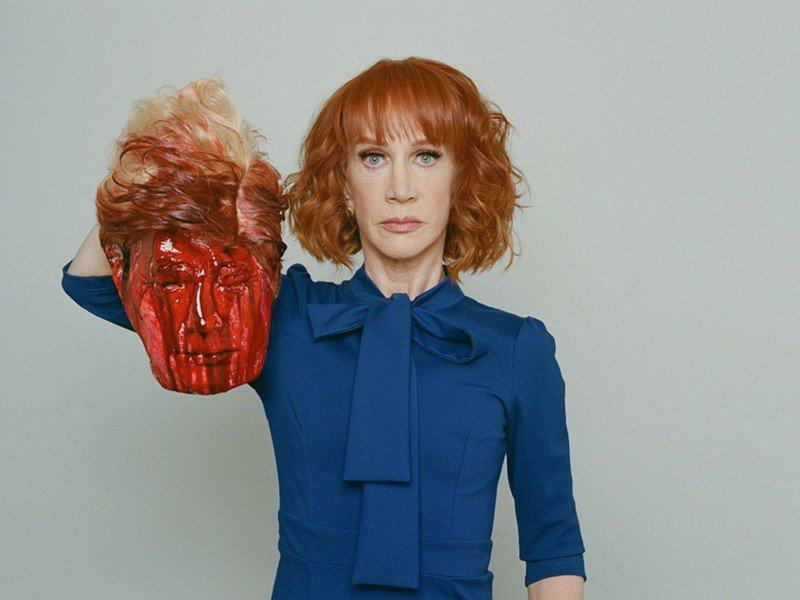 TMZ even posted a “behead the scenes” video of the shoot where Griffin joked “We have to move to Mexico today, because we’re going to get prison, federal prison”. TMZ also reports that Trump’s 11 year old son, Barron, was watching TV with his mother, Melania, when the image appeared on the screen. This was the first time he’d seen it, and thought something had happened to his father, according to the report.

In an interview with Fox News suggests Shields anticipated the reaction they would receive.

That’s what art is meant to do. Some people look at it and they love it. Some people look at it and they hate it… I understand there are going to be people that hate this. It’s a very touchy subject… but this is not real. We didn’t kill anybody nor do I feel anybody should be killed. It’s no different from a movie. It just happens to be a still image.

This is vile and wrong. It is never funny to joke about killing a president. https://t.co/zIiuKoMyFw

Disgusting but not surprising. This is the left today. They consider this acceptable. Imagine a conservative did this to Obama as POTUS? https://t.co/QdghcbIjS7

For the record, I am appalled by the photo shoot Kathy Griffin took part in. It is clearly disgusting and completely inappropriate.

As outrage grew, Griffin asked Shields to take down the photos.  She has also posted a public apology video.

“I sincerely apologise”, says Griffin, “I crossed the line […] I went way too far. The image is disturbing. I understand how it offends people […] I beg for your forgiveness. I went too far, I made a mistake and I was wrong”. Of course, not everybody’s convinced.

The #kathygriffin phony apology would be a lot easier to believe if there wasn't a video of her mocking the response she knew was coming.

Politics aside, it’s pretty sick. No matter how you feel about somebody, even somebody as public as Trump, the guy has an 11 year old kid. Regardless of how “privileged” you may think that child is, they really don’t need to see photos like this of their parents.