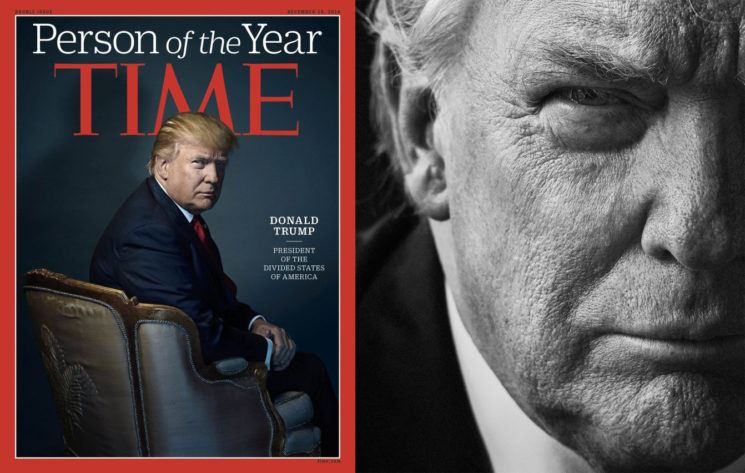 Donald Trump presents an interesting case for portrait photography and its use on magazine covers. Prior to his presidential run, he was known as an outspoken businessman and reality television star whose bombastic style brought in yuge ratings for “The Apprentice.”

Prior to the presidency, photographers and photo editors played to that persona with covers like these from 2011 and 2004 respectively. 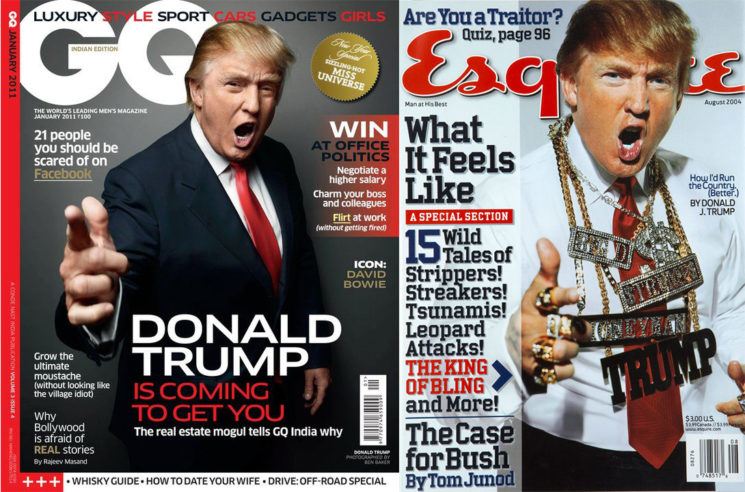 But now that he’s President of the United States, publishers have sought out to make him appear more presidential (while they aren’t using comic illustrations to lampoon him).

For TIME’s Person of the Year, Trump was photographed by Nadav Kander. Kander is no stranger to political portraits having worked for most of the big name news magazines with a frequency rivaling photographers like Platon. 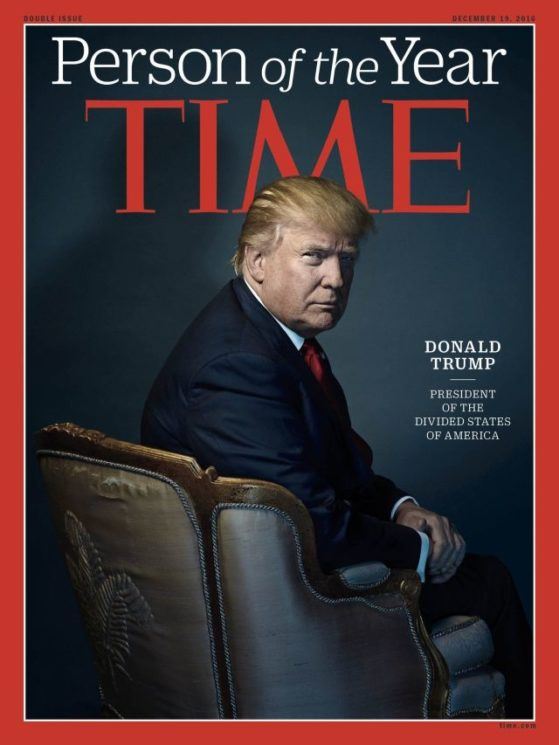 The “horns” cover caused some controversy which was later dispelled by TIME. The lighting and styling are quite beautiful. The pose is somewhat atypical for a President, but it does give just a hint of Trump’s signature red tie. Most interesting to me is the shadow behind Trump. Virtually every lighting course would tell you to position the light source above the subject and pull the subject far enough away from the background to eliminate any shadows.

But Kander is well-known for his shadows. In 2009, he photographed 52 Obama advisers for The New York Times with a distinctive shadow. In a 2012 interview, he told the UK’s National Portrait Gallery, “I do use light to reveal or the opposite of reveal with my subjects, how they are feeling or how I feel.”

In the opposite corner of the ring, Christopher Anderson shot this week’s cover of The New York Times Magazine. Anderson is a long-time photojournalist, who also served as New York Magazine’s first ever photographer-in-residence. 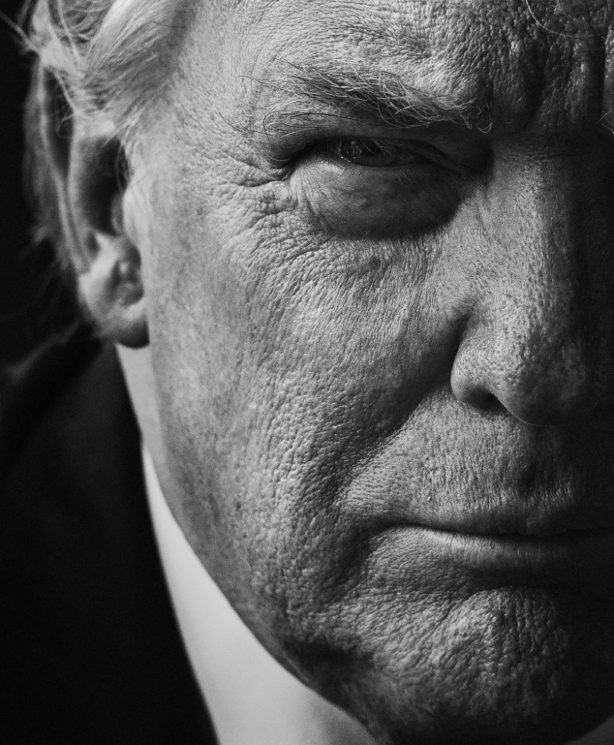 And here is how typography and design supported the image for the cover. 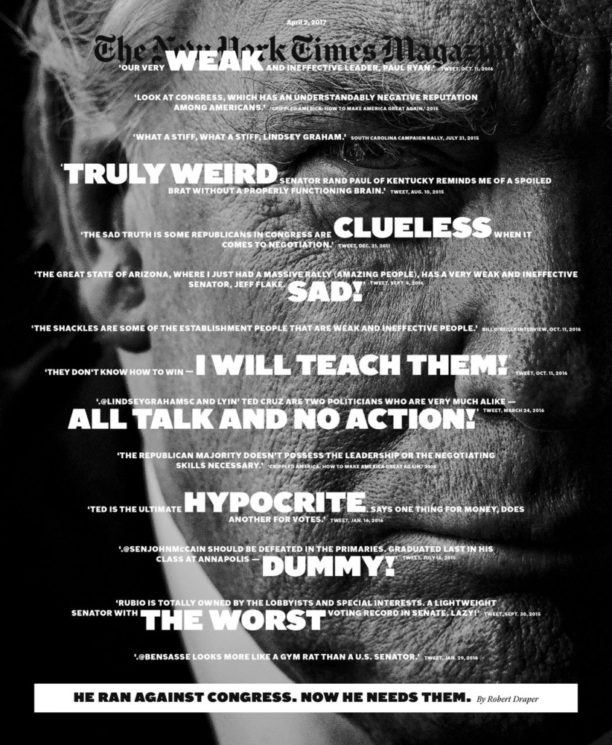 For this week’s cover, the photographer Christopher Anderson wanted to create a portrait of Trump that had never been seen before. “My hope was to make an image that feels intimate and unlike the caricatures we normally see of him, good or bad,” Anderson said. “One that somehow communicated the experience I had of meeting him.”

The image is obviously a much tighter shot that uses a very shallow depth of field. Devoid of color, the viewer can’t be distracted by Trump’s infamous spray tan, which makes the image more interesting to scrutinize. Also, the light source is high enough that Trump’s eyes are thrown into shadow (But still with enough shadow detail to make them visible). An interesting choice by another great photographer.

Verdict: While I think the Kander portrait is quite nice, the Anderson photo made me stop and look. Anderson accomplished what he set out to do – creating an image that reminds me of the closing monologue of Conan the Barbarian: “Between the time when the oceans drank Atlantis and the rise of the sons of Aryas, there was an age undreamed of. And unto this, Conan, destined to wear the jeweled crown of Aquilonia upon a troubled brow.”

Official White House photographer for Donald Trump announced: Shealah Craighead
« Now you can get TTL & HSS with Godox flashes on your Fuji X cameras – But it’s not cheap
The next mirrorless medium format cameras may have 100MP sensors and great low light performance »