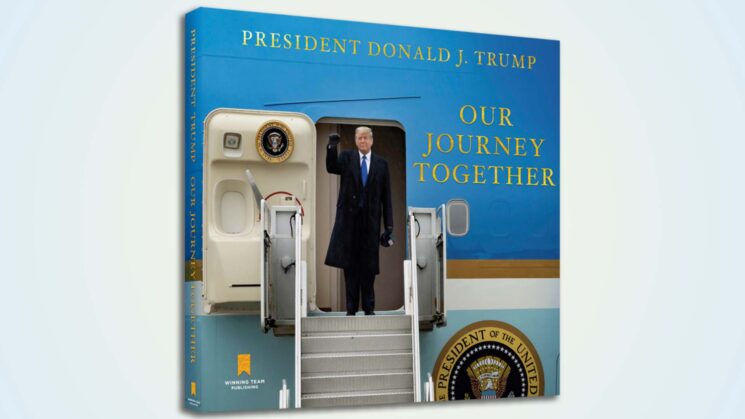 Donald Trump, Former President of the United States, has published a book of photos. Yup, you read that right. “Our Journey Together” is a photography book showing moments from Trump’s time in the office.

“I turned down two book deals, from the most unlikely of publishers,” Trump wrote in a statement earlier this month. “I’m writing like crazy anyway, however, and when the time comes, you’ll see the book of all books.”

Well, “the book of all books” is now here. Winning Team Publishing stands behind it, and it’s an imprint co-founded by Donald Trump Jr., Donald Trump’s son. As you can probably guess, Donald Trump didn’t take the photos. After all, he’s not a photographer. He only selected them and write captions, including those that were handwritten by him. According to the description on 45Books, the book is “a must-have for all Patriots.”

Of course, Jimmy Kimmel had to mention the book in a recent episode of his show, calling it “Instagram photo dump.” Considering that it doesn’t contain photos taken by Donald Trump, I do wonder what the point of such a photo book is… But that’s just me.

“Our Journey Together” will be up for orders on 7 December, retailing at $75. For an extra $155, you can get a signed copy. As Kimmel puts it, for “only” $230 you get a book that “looks like Trump signed it while driving a golf cart.”

[via PhotoShelter, the New York Times]

« Stop Shooting on Manual: When to use Auto ISO
Timelapse shows four hours of recent lunar eclipse in only one minute »