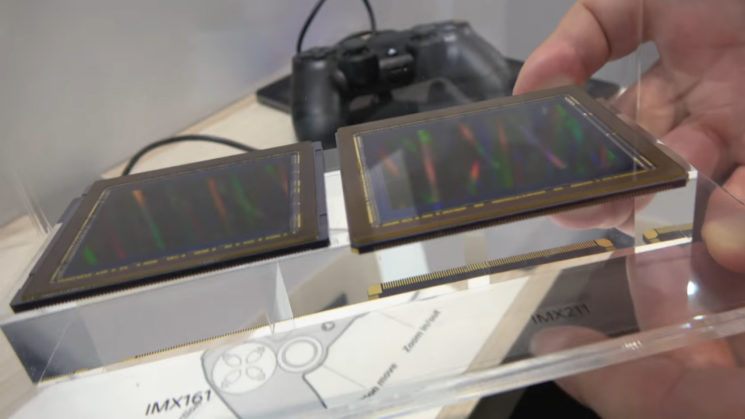 Recently, Charbax at ArmDevices visited the Sony stand at CeBIT when he noticed a couple of large sensors on display. Also on the wall behind them he spotted Sony’s medium format sensor roadmap. This roadmap shows two very promising sensors on the way for 2018.

The first is the IMX461, a 100MP upgrade to the current 50MP IMX161 sensor which resides inside the Hasselblad X1D-50c and Fuji GFX 50S cameras. It would have the same physical size with double the resolution. This could hint at a pretty substantial upgrade in the next X1D and GFX models from Hasselblad and Fuji, respectively. The second is a new 150MP sensor to replace the IMX 211, as used inside the Phase One XF 100MP.

There seems to be a bit of a language barrier during the video, but the roadmap seems unmistakable.

As well as the substantial resolution bump, both of the new sensors shift technology a little. Switching from front illuminated sensors to back side illuminated sensors. This should help increase the amount of light captured and improve low light performance. 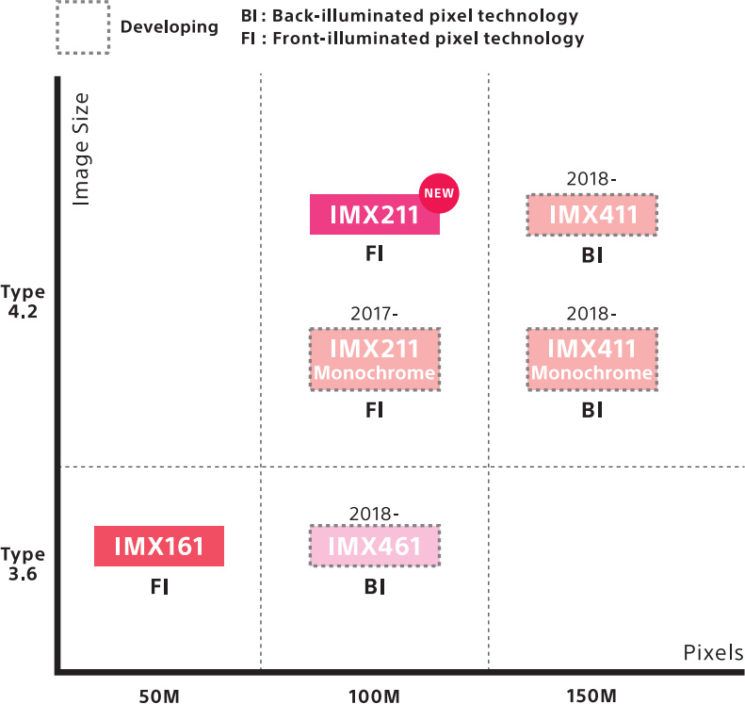 Back side illuminated sensors only came about in 2007. They’ve been slow to take off due to the cost of making them. But now that they are starting to prove more popular, prices have come down a little and they’re becoming a little more widespread. The Sony A7R II was the first camera announced with a back side illuminated full frame sensor in 2015. And we all know how well that performs.

Given the already impressive capabilities of the IMX211 inside the Phase One, a 150MP version with back side illumination is very exciting. Even if its cost will limit its use to a relatively select few. A 100MP BSI sensor for cameras such as the GFX and X1D holds a lot of promise for the future of mirrorless medium format.

No word on exactly when in 2018 the new sensors will be released. So, it follows then, that nobody has really any clue when we might see an update for the X1D or GFX, either. But you can see Sony’s imaging, sensing and IoT roadmap online, here.

« Who Shot It Better? Donald Trump: Christopher Anderson or Nadav Kander
These are three essential components for telling story in a single photo »