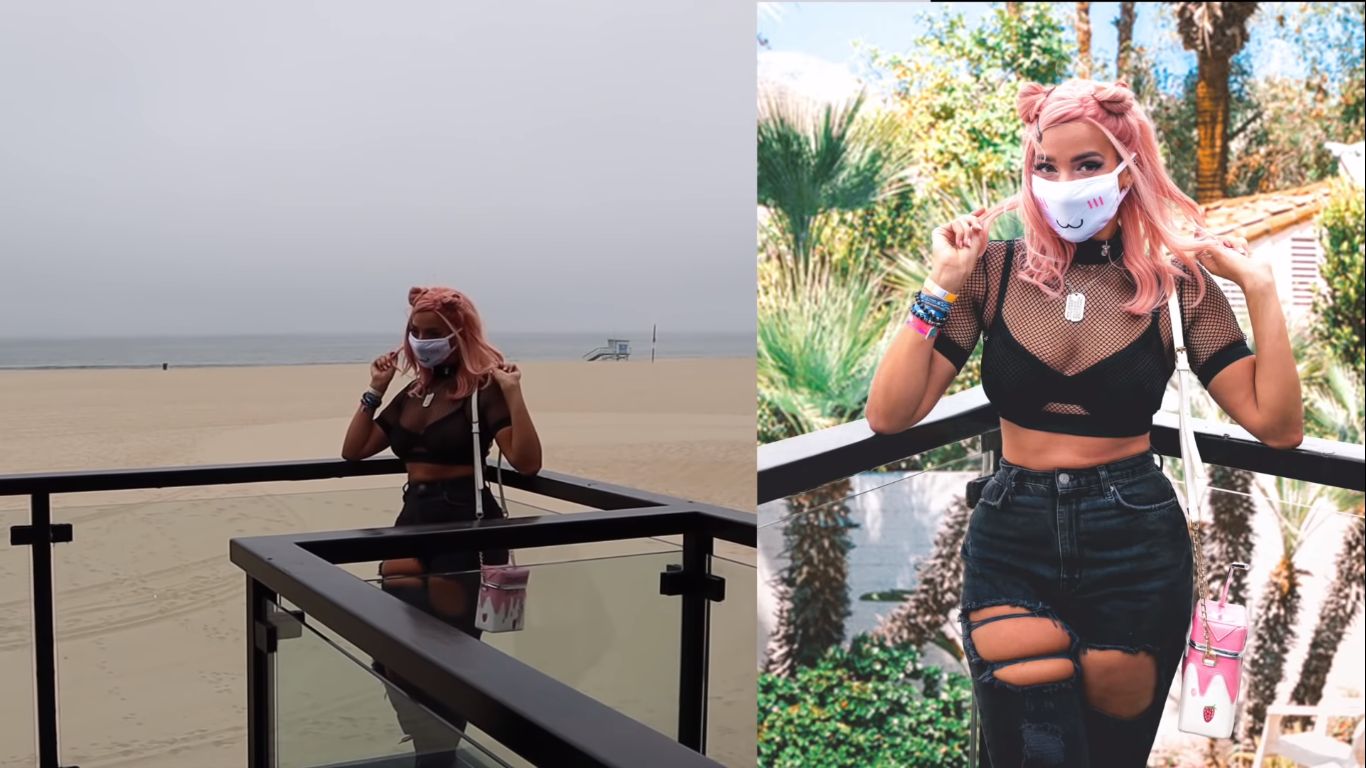 It’s nothing new that Instagram celebrities share fake stuff on their profiles: from fake pancakes to a (poorly) photoshopped trip to Paris. But sadly, millions of followers believe that their lives are indeed just as glamorous as they portray them. YouTube and Instagram star Gabbie Hanna decided to do something about it. She posted a series of photos from this year’s Coachella, but all of them were photoshopped. Rather than being busted by followers, she admitted herself that she faked the whole thing. She basically fought fire with fire because she wanted to show how easy it is for social media to fool us.

Gabbie posted a series of photos of herself having fun at Coachella:

The comments on the photos varied. Some people were suspicious from the start, accusing Gabbie of photoshopping herself into the images. To be honest, it’s not that difficult to figure it out when you’re looking at photos on a computer screen. However, most of us are scrolling through Instagram on our phones, so the majority of followers told Gabbie that they were jealous of her visit to the famous festival.

After the festival was over, Gabbie revealed that the whole thing was totally fake. As a matter of fact, she doesn’t even like Coachella. She believes that there are plenty of visitors who don’t enjoy it either, but they go just so they can take photos for Instagram. She figured that it would be fun to have her own Instagram photos from the festival without actually visiting it.

Gabbie admits that the idea isn’t entirely original. There have been a few other influencers who have faked trips to different locations just so they can prove how phoney social media is. But, she still made her own project, partly for fun, and partly to prove the same point: social media is a lie. After admitting that the photos were fake, she published a video to explain her little project, but she also shared the hilarious BTS video which reveals what her preparation and shoot looked like:

Just like Gabbie mentioned, several Instagram stars have already created similar projects. I particularly remember the one where Chessie King exposed all those “perfect” body photos on Instagram (mildly NSFW link). And if you ask me, we need more projects like this, especially from famous Instagrammers with millions of followers.

All those photos of exotic travels, glamorous lives and perfect bodies can make us feel as if we’re not good enough. Okay, you and I may be aware of the fact that most of this is a lie, but young people are usually not so aware of it. A study has shown that Instagram ruins self-confidence and mental health in teenagers.

With this project, Gabbie wanted to let her followers know that it’s okay if they can’t afford to go to a fancy, popular festival or destination. Or if their body doesn’t look “perfect” like the one of their favorite Instagram influencer. Social media is “a curated and manipulated version of reality,” as she puts it, and that’s one of the best descriptions I’ve heard. It’s easy for social media to fool us, and it’s something we should always have in mind.

« Yashica doesn’t give up: launching three new cameras and two films on Kickstarter
Reports suggest that the DJI Phantom series is dead – DJI denies it »