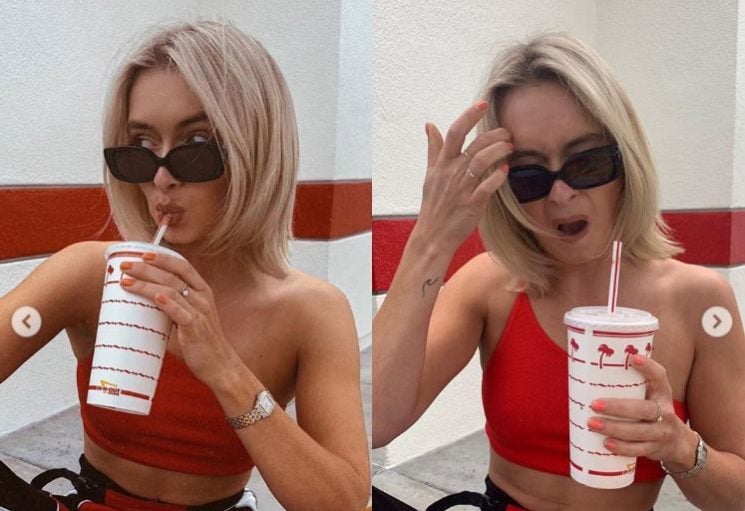 Having a huge number of followers on social media gives you a chance to send a message and let your voice be heard. Therefore, Dutch influencer Rianne Meijer has started a personal project to remind her 408k followers that “perfect life” they see on Instagram isn’t reality. Along with her perfectly staged photos, she also posts hilarious outtakes which prove that Insta-life isn’t at all what it seems.

Rianne told Insider in an interview that she feels like “she has a responsibility as an influencer to give her followers a reality check.” So, instead of carefully culling through her images and posting only the best ones, she also shares bloopers which show her in a more realistic light.

The 26-year-old says that she was afraid at first how people would react. She thought that her followers would call her a fraud after seeing the unedited, “imperfect” photos.  And she did get unfollowed by a part of her audience. However, she noticed that she has gained new followers ever since she started posting bloopers. What’s more, she has received tons of positive feedback in the comments.

Considering that she collaborates with brands, she was also afraid that she might lose some sponsorships after posting these photos. Funnily enough, some brands actually wanted her to create these “expectation vs. reality” photos for sponsored campaigns. However, Rianne says that this is more of her personal project for now, so she still hasn’t done a sponsored post in this format.

According to the young influencer, she was partially inspired by her 13-year-old niece who often scrolls through Instagram. She has her in mind when she sends a message that not everything you see on social media is real. “I feel like I’ve found my voice through this project, and I want to keep building a community around this that builds on the positive message,” Rianne told Insider.

Personally, I always enjoy seeing projects which demystify the “perfection” we constantly see on social media, especially on Instagram. It’s full of “perfect” bodies, travels, homes, relationships, meals, and whatnot. I’m not saying all of that is fake, but a great part of it is carefully staged to leave an impression of an ideal life. And it makes a huge impact on average Instagram users, especially teenagers.

Because of the bad effect social media can have on teenagers (and even adults), I hope that we’ll get to see more projects like this. Even if we know that a lot of Instagram is fake, it’s not bad to be reminded of it from time to time. So, make sure to visit Rianne’s Instagram for more of her project. Instagrammers Gabbie Hanna and Chessie King also have awesome “reality check” projects, so go ahead to check them out as well.