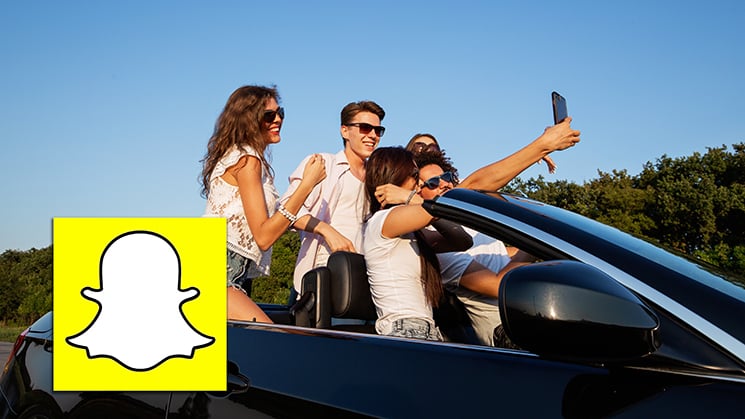 A UK woman recently fell out of a window of a car that was driving 110 mph. How is that even possible, you may wonder? Well, of course, she was filming a video for social media.

The incident happened on the M25 motorway south of London, as Surrey police wrote on Twitter on Saturday. She was on the passenger side, hanging out the car window and filming a video for Snapchat. “She then fell out the car and into a live lane,” the police write further, adding that it was “only by luck she wasn’t seriously injured or killed.” I love it how they also couldn’t resist adding a hashtag #nowords.

The front seat passenger was hanging out the car whilst filming a SnapChat video along the #M25. She then fell out the car and into a live lane.
It is only by luck she wasn’t seriously injured or killed.#nowords
2846 pic.twitter.com/b7f1tPJTEb

London & UK Crime shared the video that the woman was filming. You can see her posing in a fast-driving car with a caption “i need to stop doing this 110mph imma end up dead.” I don’t know how much luck she had to have not only to stay alive, but also unharmed. According to London & UK Crime, paramedics treated her at the scene.

Snapchat Crash on Motorway m25 Footage of the girl who was filming herself hanging out of a window on m25 doing 110mph before falling onto a live lane. Paramedics treated her at the scene https://t.co/nLNnj50yxy pic.twitter.com/TkcGrdW6db

After people who dangle themselves and their kids over cliffs, balconies, safety rails, and skyscrapers, I probably shouldn’t be surprised anymore. And yet, here I am, I still can’t believe all the stupid crap people would do just to get likes.