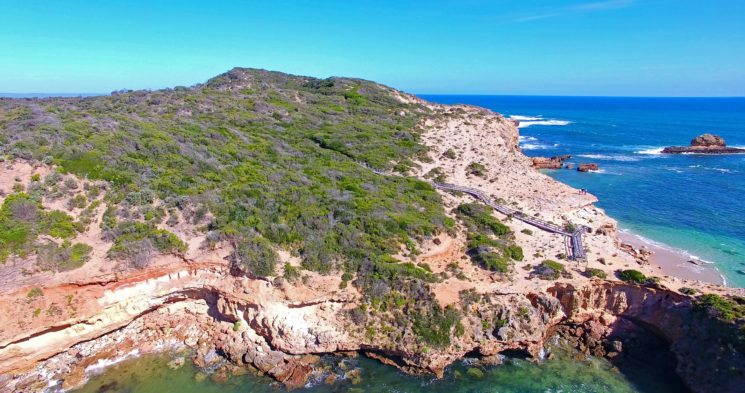 A 21-year-old woman was recently found dead at Diamond Bay in Sydney, Australia. According to the reports, she was taking photos on the cliff, when she most likely lost footing and fell to her death.

Madalyn Davis was a British beautician and makeup artist, specializing in eyelashes. Judging from almost 16K followers, she was also quite popular on Instagram. The BBC reports that she had been traveling to Thailand and Bali before heading to Australia, where the tragedy occurred this Sunday.

According to The Guardian, Madelyn went to a popular tourist spot with her friends to watch the sunrise after a party. However, her friends later alerted emergency crews that they couldn’t find her after she was taking photos there. Marine Rescue NSW tweeted that they were involved in a search of a “woman in her early twenties.”

A crew from Marine Rescue Middle Harbour is involved in a search for a woman in her early 20s missing from Diamond Bay in Sydney's east. Emergency services were alerted after a group of people taking photos inside the fence early this morning regathered & could not find the woman pic.twitter.com/Du5GCuPxTn

The Guardian writes that the police, firefighters, and paramedics were involved in the search, with help of the police helicopter and coastguard. Unfortunately, Madelyn’s body was retrieved from the water about four hours later.

The Diamond Bay cliffs are real tourist magnets, attracting many people who want to take photos for Instagram. There are warning signs urging people to stay away from the cliff’s edge, but it seems it’s not always enough. Mayor of Waverley, Paula Masselos, said that the authorities have already increased the height of the fences and added more multilingual signs. However, I wonder if it will really be enough.

Unfortunately, this isn’t the first photo-related death we’re seen over the past couple of years. There have even been many similar cases, where people fell off a cliff while taking photos for social media. We will never know for sure what happened when Madalyn fell down. But it’s a tragic event nevertheless and a reminder to respect the signs and don’t cross the fences. They exist for a reason.