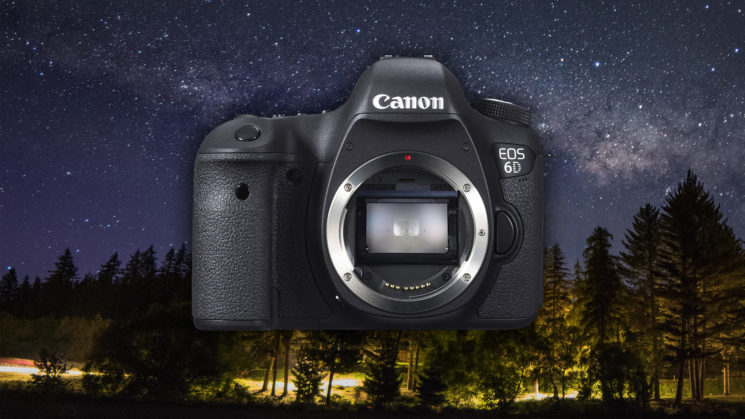 The Royal Museums Greenwich Astronomy Photographer of the Year competition is one of the highlights of the astrophotography calendar and one of the world’s most prestigious awards for this particular subject matter. In July, they released the shortlisted images and announced the winners just over a week ago.

The list of equipment used to shoot the shortlisted images was released and analysed by the folks over at Skies and Scopes. It shows some surprising results. Nikon, as a brand, is in the lead – possibly not surprisingly – although the actual camera body that popped up most often in the list was the original Canon EOS 6D – by a rather wide margin.

The information is presented in a number of different ways on the Skies and Scopes website, and shows some of the trends appearing as technologies evolve. like the increasing use of mirrorless cameras, and the slight margin that DSLRs and mirrorless cameras still have over cameras designed specifically for astrophotography.

When we look at it by brand, Nikon takes the lead with 31 images, with Canon trailing slightly behind with 27. In third place with 23 is astro-camera manufacturer ZWO, followed quite a way behind by Sony with 13.

Looking at specific bodies, The Canon EOS 6D DSLR takes the clear lead with 16 images of the shortlisted images being shot on one. ZEO’s ASI1600MM Pro comes in second with a relatively low 8 – only half the amount of the EOS 6D. Behind those are the Nikon D750 and D850 with 6 a piece and then the Sony A7III at 5 images. Surprisingly, perhaps, the astrophotography-focused Nikon D810a sits behind all of those with only 4 images on the shortlist, sharing that number with the Canon EOS 5D Mark IV.

While much of the work is down to the photographer, it’s a fascinating insight into the capabilities of the various models used to shoot the shortlisted images. And the gear we choose to create our images is also one of those decisions made by the photographer shooting the image, so it’s a valid one to pay attention to – especially with a specialised subject such as this.

If astrophotography is something you’re looking to get more serious about, it’s well worth heading over to Skies and Scopes to check out their complete report on the different cameras used to create the shortlisted images. It has some great comparison charts with some very informative commentary.

Are you surprised by this result? I have to admit, I expected more mirrorless cameras to start popping up in the list this year – especially with the release of the Canon EOS Ra. And while the EOS 6D is pretty good, its fairly overwhelming lead over the competition did make me raise an eyebrow.

[via Skies and Scopes]