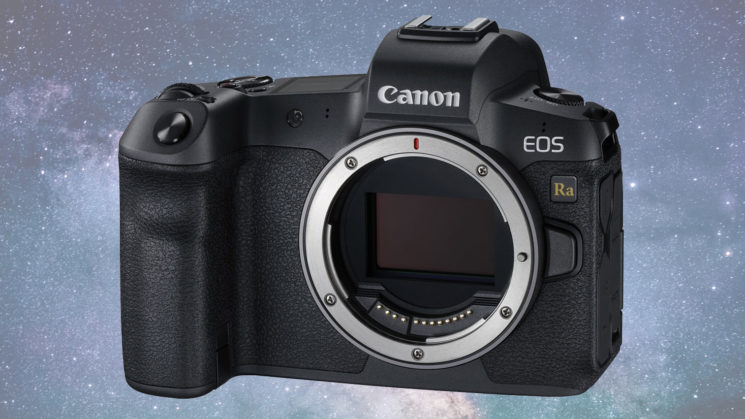 Canon EOS Ra, the astrophotography version of EOS R, has been officially announced. We first learned about it in September, when an instruction leaflet was published online. Then a few photos leaked, and now the modified version of the Canon R is finally out.

In terms of specs, the Canon EOS Ra is the same as EOS Ra. There are two changes that make it suitable for astrophotography: a dedicated IR filter and an increased live view magnification.

The Canon EOS Ra features an optical IR cut filter in front of the sensor, which allows you to shoot for the stars with improved clarity. The dedicated filter provides improved transmission and sensitivity to H-alpha (656.28nm) wavelengths, according to the camera’s description. In other words, it should help you shoot astrophotography without unwanted infrared contamination, so you’ll get greater color neutrality.

Another change over the Canon EOS R is a 30x live view magnification. It has been added for greater focusing precision which you’ll definitely need with such distant subjects. You can use it when shooting through either the EVF or the LCD.

Finally, price is what also differs between the two camera models. The Canon EOS Ra costs $2,499; while the standard EOS R is currently priced at $1,799 ($2,299 is its regular price). Preorders of the Canon EOS R start on 19 November. The shipping date is yet to be announced, and we’ll update the article when we know more.