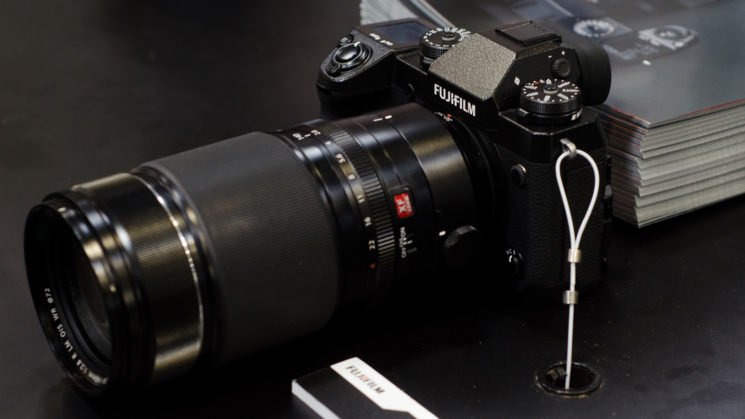 A couple of big areas where users have felt Fujifilm have lacked a little in their cameras are their video capabilities and lack of in-body image stabilisation. Well, they’ve addressed both of those concerns with the new Fujifilm X-H1 in a big way. But while the X-H1 is more video-focused than previous Fujifilm cameras, it’s no slouch when it comes to stills, either, capable of shooting up to 14 frames per second. DIYP had the chance to check it out in person and have a chat with Fujifilm UK about it during The Photography Show last month.

The Fujifilm X-H1 24.3MP APS-C X-Trans CMOS III sensor also lacks the anti-aliasing low-pass filter, too, which should result in sharper stills and video footage. The ISO performance isn’t super high, but still very respectable with a native range of 200-12,800 expandable to 100-51,200. A 325 point autofocus system utilises both contrast and phase detection, although we didn’t get the chance to see how well this performs when shooting video.

The Fujifilm X-H1 is shipping now and is available in a range of packages.

We’ve still got more content from The Photography Show to come, but for now, also check out these.