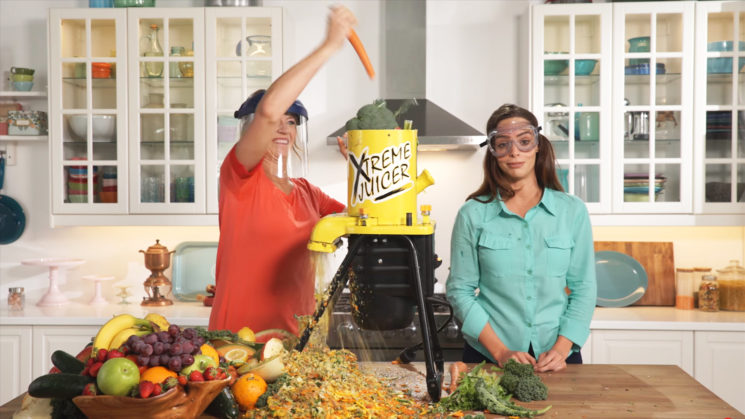 Creating big soft natural looking window light on set presents some real challenges. Whether it’s for stills or photography, it’s not always straightforward. Sometimes we get lucky with our environments and they actually have great big windows. But often that is not the case. It’s a desirable look, and one that’s worth learning how to achieve artificially.

In this video, Jay P Morgan goes over the lighting setup for a shoot he did with Zuma Juice. This was a video project, but the same principles apply with photography, too. While most of us won’t be shooting on a set the size that Jay uses here, the technique can be scaled easily to smaller spaces.

The trick is to identify what people actually mean when they say window light. More often than not, people have a preconceived idea of what “window light” is supposed to look like. Despite the fact that different windows produce very different types of light in a room interior. Typically it’s an overall bright look, with somewhat well lit shadows. It creates a mood of freshness and positivity.

The lighting setup for a large setup like this is quite extreme. But with a set this large it has to be. The key light is a pair of Zoom LEDs shooting through a 12x12ft silk. There’s a third Zoom LED just off to the side of the silk to give a bit of a hard edged light coming from the same direction. 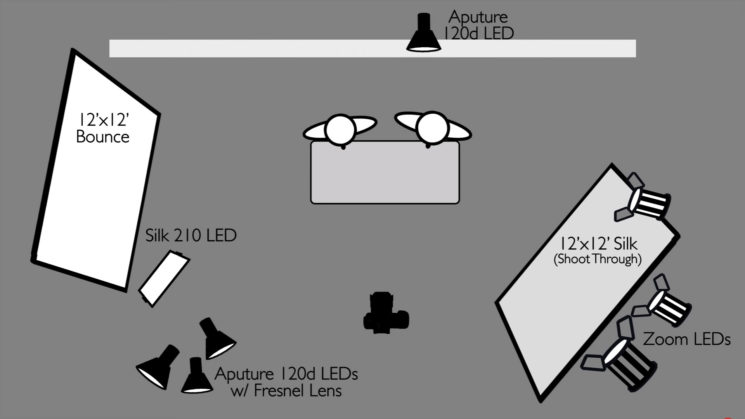 A 12x12ft bounce on the other side reflects fill light back onto the shadow side of the subjects. As well as the light coming through the 12ft silk, this bounced light is assisted by a Rosco Silk 210 LED light. An Aputure 120d LED sits above and behind the subjects providing a hair light. This gives the hair some glow and life.

Three Aputure 120d LEDs bring up the light’s overall ambient brightness levels up. In an actual room, this level of light would usually already exist. But in  a blacked out studio with no windows, this needs to be created. So, three Aputure 120D LED lights with Fresnel lenses are used to bounce light all over the room to create that natural room tone.

On a smaller scale for individual portraits, you could easily do this with a couple of 5-in-1 reflectors (one acting as a diffuser) and a few speedlights. So, you don’t have to have a huge studio and a ton of expensive kit to create a natural window light look.

Simulating natural light in its various forms are always a great exercises to try. Even if you ultimately aren’t a fan of the look, learning and practising them will teach you a whole lot about light.

How to recreate natural window light with strobes for food photography