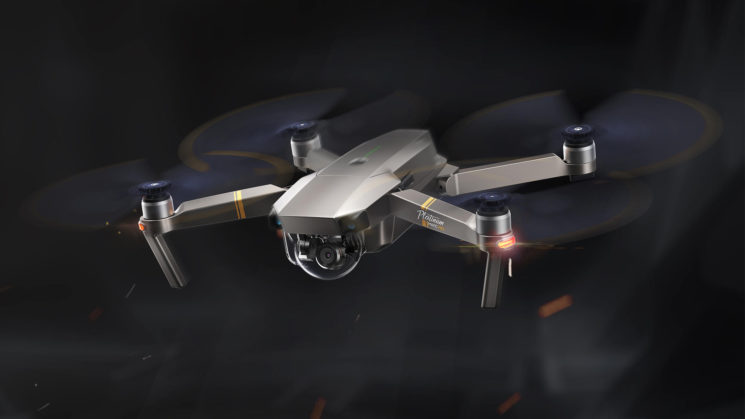 We’ve been expecting an update to the DJI Mavic Pro for quite some time now. Released almost a year ago, the Mavic has proven to be extremely popular. People expected DJI to take the Mavic in a similar route to the Phantom. That is to have a few different models in the range with different features. Now, DJI have finally announced the DJI Mavic Pro Platinum at the IFA trade show.

I have to say, it’s a little underwhelming. There are a couple of neat enhancements, though. Firstly, the flight time has been increased by 10%, which is about an extra 3 minutes. They’ve made it quite a bit quieter, too, reducing noise by 4dB. It’s also had a new paint job. Aside from that, though, it’s essentially the same drone.

To pull off the extra noise & flight time benefits, DJI credit new Electronic Speed Controllers (ESCs) and a new propeller design. DJI say that these propellers can also be used with the existing DJI Mavic Pro. I wouldn’t expect quite as much of a noise & flight time boost, though, without swapping out the ESCs, too.

All of the other Mavic Pro Platinum specs seem to be exactly the same as the original Mavic Pro. The price has increased slightly on the Platinum, with the basic drone and fly more combo packages priced at $100 over the regular Mavic Pro.

The DJI Mavic Pro Platinum is available to pre-order now, and shipping begins some time in September.

The new propellers don’t seem to be available to order separately yet, for those Mavic Pro owners wishing to try them out. I would expect them to start appearing soon, though.

Do I think we’ll see an sudden influx of Mavics up for sale so people can upgrade? I doubt it. I don’t think it’s worth it for those who already own the regular Mavic Pro. But for those buying a Mavic for the first time, the low price difference makes it a very suitable option. It makes we think that we might even see a drop in price on the original Mavic Pro as the Platinum gains momentum, even if just so DJI can clear the warehouse of older stock.