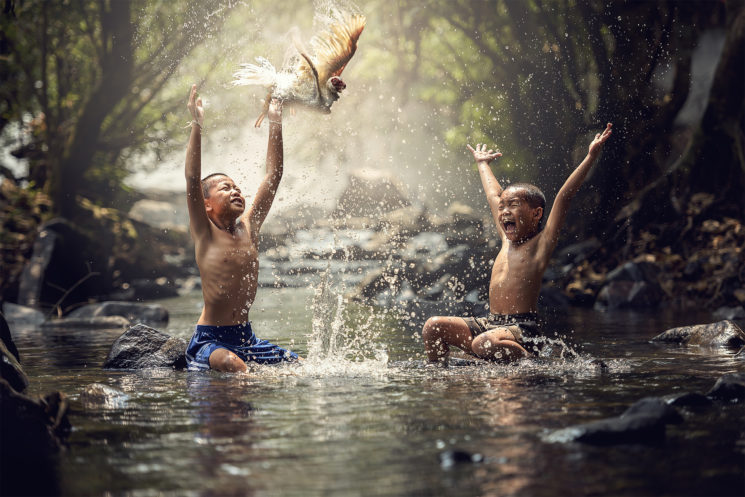 There always seems to be some controversy or other with photo competitions these days. This time, it’s two competitions. Swiss photographer, Madeleine Josephine Fierz entered the above image into two competitions. She won first prize at the Moscow International Foto Awards and second at the Fine Art Photography Awards earlier this year. The only problem was, her winning image wasn’t hers.

The image, along with several others, were created by Thai photographer Sasin Tipchai. He’d uploaded them to free image website Pixabay. Feirz downloaded them and entered them into the competitions asher own work. Khaosod English reports that Tipchai took to the Internet to state that he was the one who’d actually shot these images, with which another photographer had received at least $3,000 in prize money.

When it was discovered that Fierz had simply downloaded the image from Pixabay, she was disqualified and stripped of her award. The images deleted from the competition website. Although they do still appear on one page on the site.

She claimed she bought these photos, she thought that she could manipulate it a little and claim it as her art. As a jurt of MIFA we take these allegations very seriously and we investigate and delete images in question as soon as we can verify the facts.

It’s almost impossible for us to know which images belong to whom unless photographers let us know.

Khaosod English reached out to Feirz for comment, receiving a non-answer in reply addressing none of their questions.

I can only give you an answer if the addressee has sent me his solution-oriented opinion.

As the situation looks now, this will surely last several days. As soon as I have the necessary information, you will hear from me again.

I get it, I use Pixabay, Pexels, Unsplash and the other sites from time to time. They’re great for testing out techniques in Photoshop or quickly illustrating a point in a blog post. But to try to pass it off as your own creation because you might’ve changed a couple of pixels. And then put it in a competition with real tangible prizes?

Well, I suppose if it works for Richard Prince. There might’ve been a slight hint of sarcasm in that last sentence.

It does raise an interesting point about the quality of images available for free (legally) these days, though. It’s no wonder that stock & travel photographers are facing such a difficult time.

You can read more about the story on the Khaosod English website.

Update September 11th, 2017 : Ms Fierz has been in touch with DIYP to clarify some of the points mentioned above referencing the article on Khaosod.

Ms Fierz states that she did not receive $3,000 from the Fine Art Photo Awards as Khaosod reported. That this sum is only awarded to the Moscow Professional Photographer of the Year and that as she is an amateur, she did not receive this prize. She also tells us that nor did she receive high money prizes from the other two competitions. Ms Fierz goes on to tells us that Khaosod did not give her enough time to write an adequate response to their request for comments. She says, that they told her they were on a deadline, but did not inform her when that deadline was.

At the time of posting, the images in question had not yet been removed from the Moscow Foto Awards website. They have since disappeared.

The macro lens is the Swiss Army knife of lenses, and this is why you should own one