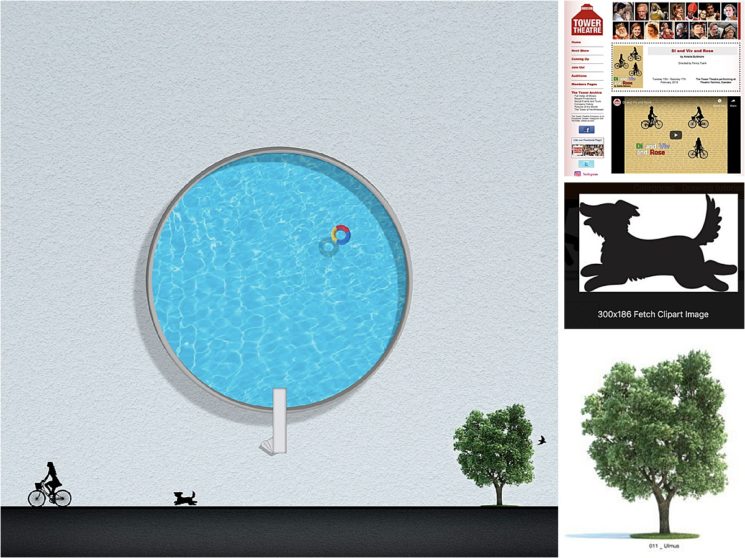 Award-winning Australian photographer Lisa Saad recently found herself in the middle of a photo stealing scandal. After it was discovered that she had created her artwork using other photographers’ images, several major organizations decided to strip her of her prizes and memberships.

Surreal composites brought Saad many prestigious awards. However, back in February, Photo Stealers reported about similarities between her work and images found all over the web. It turned out that Saad used images from other artists, including stock photos, which violated the rules of the contest she had won.

After this was revealed, major organizations started revoking the awards, re-awarding them to other photographers. Wedding and Portrait Photographers International (WPPI) was the first. On 14 February, they decided to rescind her past WPPI awards and Honors of Excellence points:

WPPI competitions’ rules specifically prohibit an entrant from submitting another artist’s work, using any stock photography images or using any portion of a photograph not personally captured by the entrant themselves in their submissions.

Following a thorough examination of past entries, we have decided to rescind one member’s past WPPI awards and Honors of Excellence points. She will not be permitted to enter any WPPI competition for 5 years.

WPPI supports artists’ rights and the intellectual property of our photography community. We cannot condone plagiarism.

On 18 February, The Societies of Photographers disqualified Saad’s images from all competitions she entered. They also removed her Fellowship distinction and terminated her membership. The Australian Institute of Professional Photography (AIPP) followed on 21 February. They issued a statement that reads in part:

The Australian Institute of Professional Photography (AIPP) has rescinded all photographer Lisa Saad’s awards, titles and prizes, banned the photographer from entering future AIPP State or National Awards, and revoked her membership indefinitely, following the disqualification of an image entered in the 2018 Australian Professional Photography Awards (APPAs) last week.

A day later, Australian Photography Awards – APA also disqualified Saad from the awards and removed her work from their website. Shortly after, she was banned from the New Zealand Institute of Professional Photography (NZIPP), who also revoked her awards.

After revoking Saad’s awards, they were re-awarded to other photographers. But some organizations didn’t just disqualify Saad’s winning images from the current year. They revoked the awards from earlier years, announcing the new winners for as far as 2015.

After the scandal around Lisa Saab’s images, the AIPP changed submission rules, according to Inside Imaging. The organization now requires all entrants to have a USB containing all image components, in order to prevent and deter any future cheats. In addition, a “scrutineer” will be inspecting submissions at both State and National Awards.

It’s not rare that photography contests spark controversy, for different reasons. Back in 2016, a poorly photoshopped image won Nikon competition, and of course, it quickly turned into a meme. In 2017, photographer Sal Cincotta won his own photo contest, causing outrage within the community. That same year, photographer Souvid Datta got under fire for stealing work from another renowned photographer, Mary Ellen Mark. Later that year, photographer Justine Varga won the $20,000 Olive Cotton Award for a “portrait” made of scribbles and saliva. The latest case happened two months ago when Malaysian photographer Edwin Ong Wee Kee was accused of staging his winning image of the HIPA contest.

All of these cases ended differently, just like the cause of the controversy was different. In Saad’s case, I guess revoking the awards was the right thing to do. After all, her composites didn’t meet the criteria. Even if she had bought the images she used – they weren’t hers. But I believe it would be a better solution to check images for authenticity before rewarding them. It would cause way less fuss and embarrassment for both photographers and competitions.