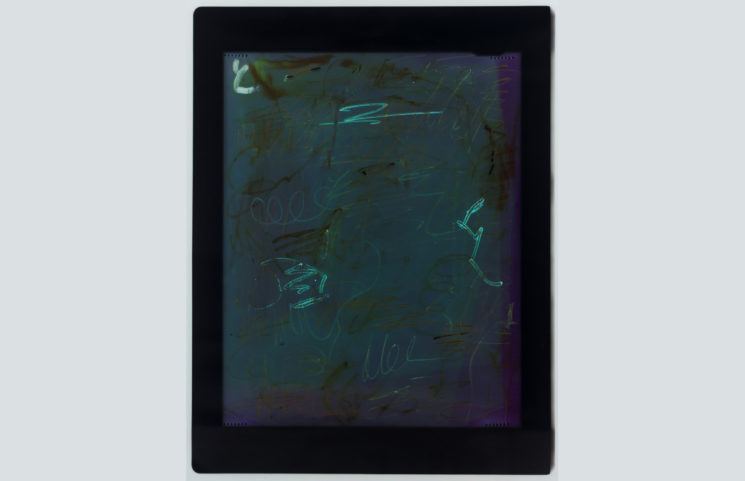 Sydney artist Justine Varga recently won the $20,000 Olive Cotton Award for a portrait photo of her grandmother. Only, her work is not really a portrait, nor it’s a photo (at least not in conventional terms).

In Justine’s work titled Maternal Line, the grandmother doesn’t appear in the image at all. Instead, there are only her pen scribbles and traces of her saliva on a piece of film. And as expected, the fact that this work was rewarded the main prize sparked an outcry within the photographic community, leading even to some hate emails for one of the judges. 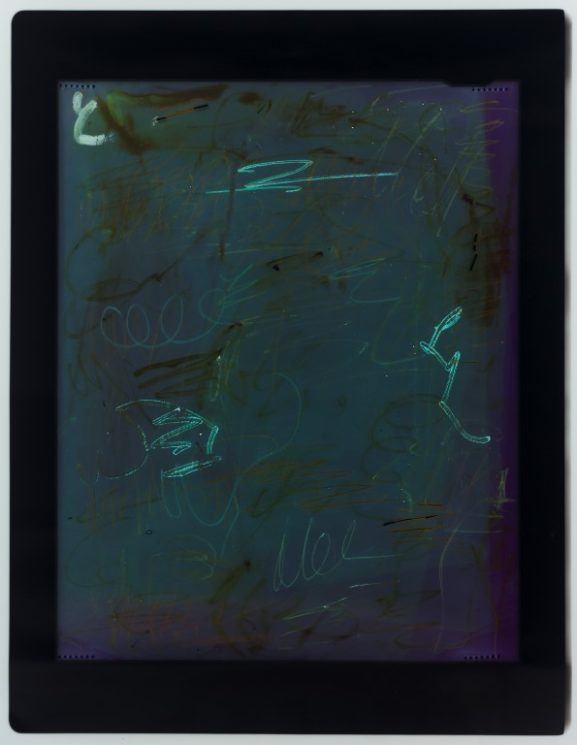 Justine was inspired by her grandma when she saw her sitting at the kitchen table with a jar of pens in front of her. She was testing each of them by making scribbles on a piece of paper. According to the artist, she wanted to capture the essence of her grandma and who she really was, instead of just capturing her face. So, she asked her to make the scribbles on a piece of film and later spit on it.

As ABC Australia reports, the artist sees the way she captured her grandma as being “timeless:”

She’s not a young person or an elderly person. I’ve just captured actually her and for me when I look at that I have a direct connection to my grandmother, the person rather than the exterior of the person.

Expectedly, the decision of the curators to award Maternal Line $20,000 wasn’t really accepted well. The entry fee for the contest is $33, but there are also the costs of printing, framing, and transport. Another thing is that the photo doesn’t show a person, and it’s a portrait competition. And another cause of negative reactions is that there was no camera involved in the process.

The resentment went so far, that Dr. Shaune Lakin, a senior curator of photography at the National Gallery of Australia, started receiving hate mail from other contestants. He says he has received a lot of negative feedback, and many of the comments suggest this was just an attempt to create controversy. According to him, the comments like this disrespect the artist and “diminish what was a really complicated process.”

Although contemporary art usually isn’t really my cup of tea, there is one thing I know for sure – the art should always push the boundaries and the artists should “think outside the box.” And no matter how much I generally prefer actual portraits in the conventional sense of the word, I like Justine’s concept. She tried to capture her grandma’s essence in a different photographic process, instead of photographing her appearance with a camera. Maybe this artwork can make us discuss what a “portrait” means, and make us expand the meaning of the word. And with the new meaning, a lot of new and interesting portraits are yet to come.