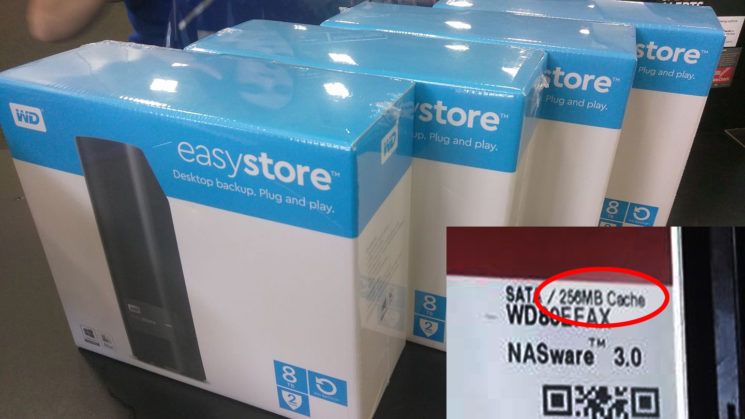 There’s a sale going on at BestBuy at the moment on WD easystore 8TB External USB 3.0 hard drives. A massive discount which drops the price from $299.99 to $159.99. “What’s the big deal, though?” I hear you ask. “They’re just external USB drives”. Well, yes, but those USB boxes contain Western Digital RED (NAS) SATA drives which normally also cost $299.

It’s easy to open up the cases and pull out the bare drives to use internally. And if getting 8TB storage drives at half price wasn’t enough, the drives contained within these enclosures have double the regular cache. 256MB vs 128MB. With four of these, in a USB3 RAID enclosure, you’ve got 24TB RAID 5 for under $800.

I spotted the deal after a cinematographer friend, Will Tejeda, posted it to Facebook. Will will be putting his drives into a HighPoint RocketStor 6114V, bringing his total to just shy of $1,000. There are less expensive options out there, although performance may vary. Speaking of performance, though, Will also posted a benchmark screenshot of a single drive in action, and they’re not bad at all. 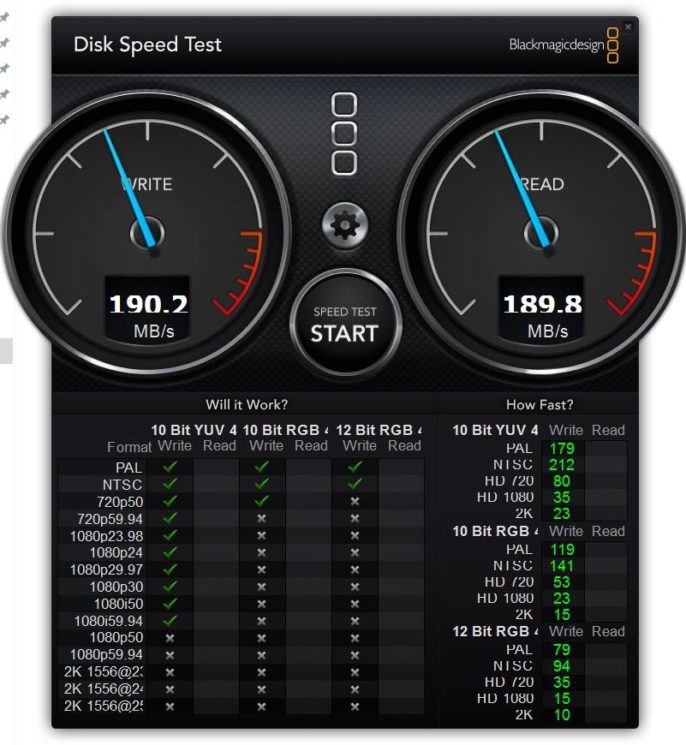 In the comments on Will’s post, one user mentioned that his local store “would only sell me five at a time”. He wanted 10. So, if you’re thinking about stocking up, you might want to prepare for a tour of the local Best Buys. 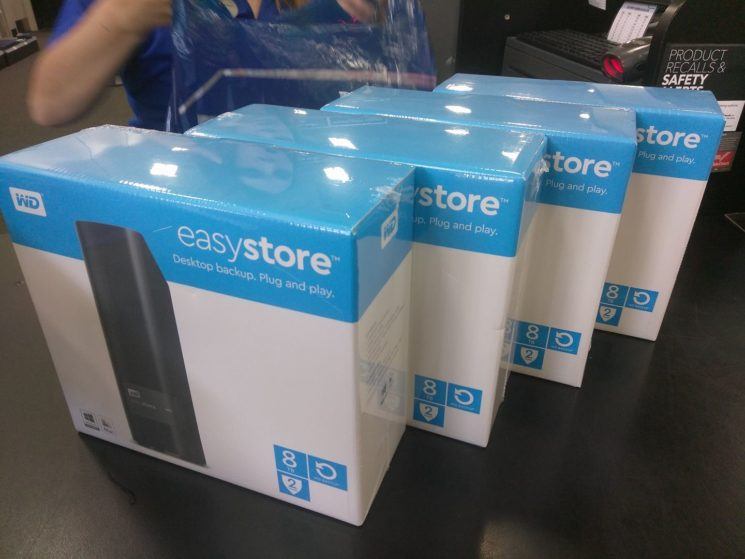 A normal external 24TB RAID 5 unit costs somewhere in the region of $1,500. So, this is a pretty massive difference. Up to half the regular price overall, with double the cache on each drive vs just buying standard WD RED drives. 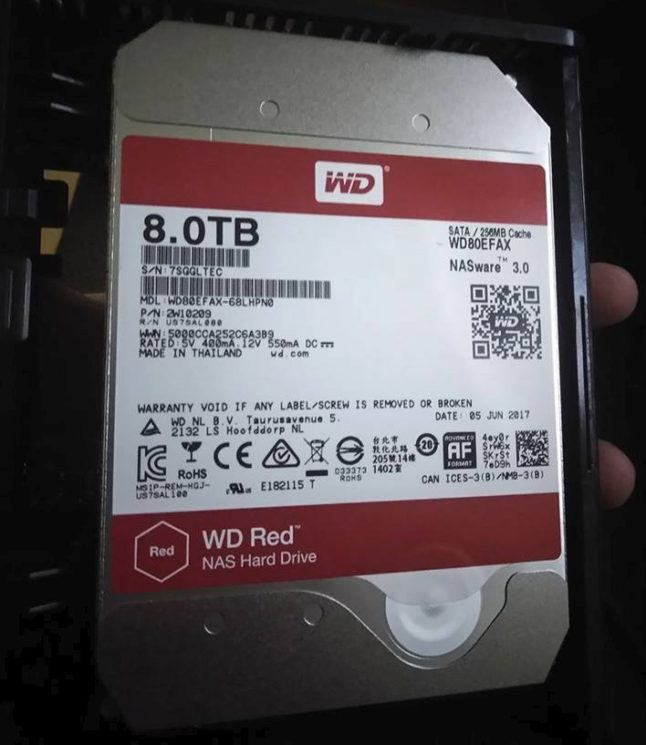 Makes me wish I was in the USA. Prices on these are ridiculous here in the UK. We’d be lucky to get 4TB for the cost of one of these.

The deal appears to be available both online at BestBuy.com as well as in-store. No news on when this offer will end.

Even if you don’t want to RAID and just want to pick up an external drive or two, these are well worth getting. You will want to get a pair so that you can have one play backup to the other.

And if you do want to RAID, remember that ripping the drives out of their enclosures probably voids any warranty you might otherwise have.

Images used with permission. Thanks Will!