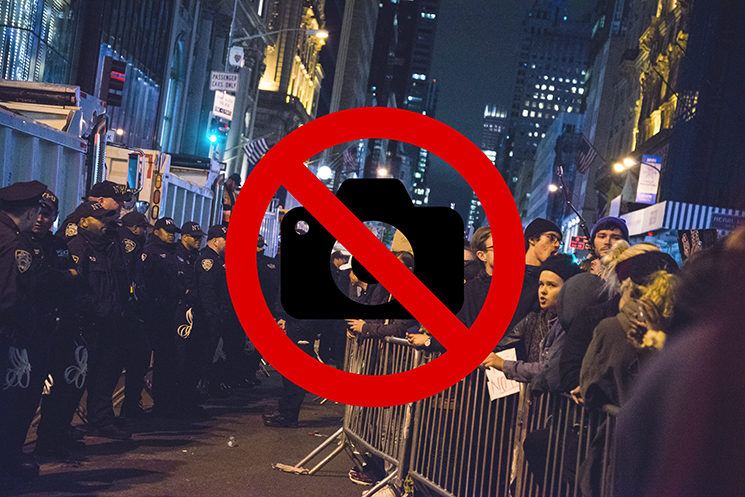 This Tuesday, the reporters of many major newspapers tried covering the healthcare protests on Capitol Hill. According to their tweets from the Senate Gallery, the police blocked them and tried forcing them to delete the photos.

That day, almost 100 demonstrators were arrested for protesting against Trumpcare. As the journalists tried to cover the arrest, the police prevented them from taking photos, calling the place “a crime scene.”

As Common Dreams writes, there were reporters from Daily Beast, the Huffington Post, the New York Post, and the Washington Post. They all tweeted from the Senate Gallery, claiming that the police blocked them from covering the protests. What’s more, they forced them to delete the photos and videos they took.

Senate gallery staffer tells reporters to "back up" away from protesters who are being arrested. "This is a crime scene"

Reporters blocked from Senate halls where protesters being arrested, shouting, "Kill the bill!" Being told, "no photos. Delete your photos."

The American Civil Liberties Union (ACLU) responded to the journalists’ complaints. In their guide for taking photos in public, they claim that the police have no right to delete the photos without a warrant. They may not do it under any circumstances, and if they do, they may be charged with evidence tampering.

Police may not delete photographs without a warrant, period.

If you think your rights were violated by Capitol Police, contact @ACLU_DC. https://t.co/6fdvuIoOgB

When in public spaces where you are lawfully present you have the right to photograph anything that is in plain view. That includes pictures of federal buildings, transportation facilities, and police. Such photography is a form of public oversight over the government and is important in a free society.

According to Common Dreams, there is also no blanket law that prohibits the media from covering a crime scene.

After all this, it appears there is no excuse for the police to prevent the media coverage of the protests. There is no law under which they would have the right to do it. And yet, they decided to disobey the law, even though they are those who should comply with it in the first place.

More than 50 journalists attacked during anti-Pride protest in Georgia, one dies

« Is your camera bigger than a smartphone? TSA will scan it separately
Photographer wins $20,000 prize for a ‘portrait photo’ made of pen scribbles and saliva »