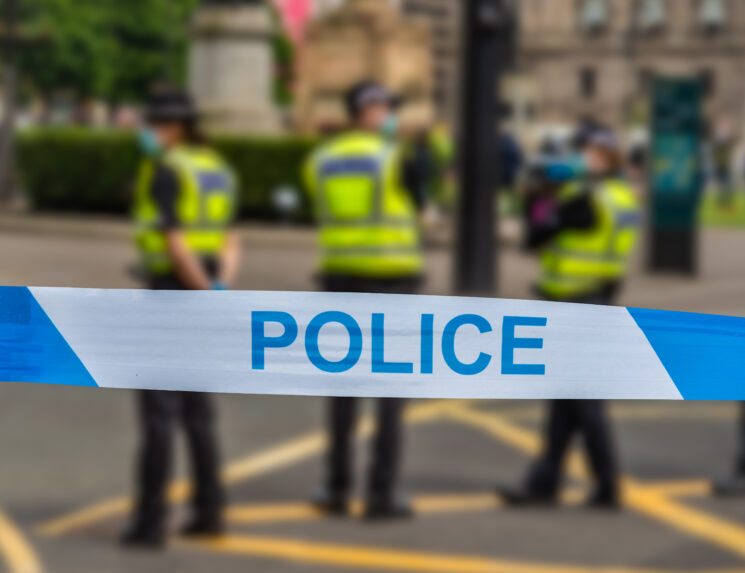 For over a week, people in Brooklyn Center, Minnesota have been protesting after a white police officer shot a Black man dead. And what started as a peaceful protest turned into havoc on Friday. On the sixth night of the protest, police officers reportedly targeted photojournalists and other members of the press. They forced them to lie on the ground, photographed their faces and press credentials, and some of them were reportedly even detained.

The protesters have gathered every night since 11 April. This is when Brooklyn Center police officer Kim Potter shot Daunte Wright during a traffic stop. As the police said after the incident, “Mrs. Potter shot Daunte Wright accidentally, having mistakenly drawn her gun instead of her Taser.” If I may ask – is this even possible to happen to a trained police officer? Mistake a Taser for a gun? I just had to comment on it because I find it hard to believe, but I may be wrong.

On the sixth night of the protests, there were around 500 protesters marching peacefully. Around 9 p.m., an incident reportedly triggered police to start using tear gas, pepper balls, and projectiles, according to Jasper Colt of the USA TODAY Network. After about half an hour, the sheriff’s department the protestors over a loudspeaker announcement to leave the area. They reportedly called the protest “an unlawful assembly,” and the crowd started to disperse.

“A lot of journalists like myself were slow to leave the area,” Colt told USA TODAY. “We didn’t think we needed to, and we wanted to cover what was happening.” He says that the police then gathered the remaining protesters and photojournalists and yelled at them to get flat on their stomachs. They reportedly identified the journalists, and then took their credentials and IDs. They took photos of them, as well as of the press members’ faces.

The Minnesota State Patrol (MSP) recently issued guidance to its troopers and other law enforcement agencies. In the statement, MSP writes that it “has and will continue to respect the rights of the media to cover protest activity.” The guidance reads that “MSP is prohibited from arresting, threatening to arrest, or threatening/using physical force against someone we know or have reason to know is a member of the media unless they are suspected of a separate crime (not simply violating a dispersal order, which doesn’t apply to them).”

“The MSP has not and will not target media for doing the important work of showing those who are exercising their first amendment rights to express themselves, or those who are engaged in the violent, illegal activity law enforcement is trying to prevent.”

Interestingly enough, MSP also writes that its troopers “will not photograph journalists or their credentials” (but will still be checking them). And according to ACLU, the Friday incident was a direct violation of MSP’s own order:

Adam Hansen, an attorney working on the civil case with ACLU-Minnesota, said:

Sadly, this isn’t the first time that we’ve seen press members being targeted at a protest. This happened during protests in Minneapolis last year, after the death of George Floyd. Photojournalist Linda Tirado was even blinded by a rubber bullet while covering the same series of protests. Earlier this year, a photojournalist was arrested in the UK for doing his job and covering a story.

Sadly, sometimes these incidents end tragically. A photographer was shot dead last year during protests in Jefferson Square Park in Louisville. And earlier last year, a photojournalist from Chile was found dead in her apartment after covering anti-government protests.

All these stories give me chills and they’re scary on multiple levels. First of all, what about the freedom of the press and the freedom of opinion? Then, what about human health and human lives that were taken away from photojournalists just because they were doing their job. I must say that I agree with the attorney Adam Hansen – leave the journalists alone and let them do their job.

« This guy coordinated five drones to light paint a giant footballer in the night sky
Save up to $800 with these Nikon Z 5, Z 6 and Z 7 deals »