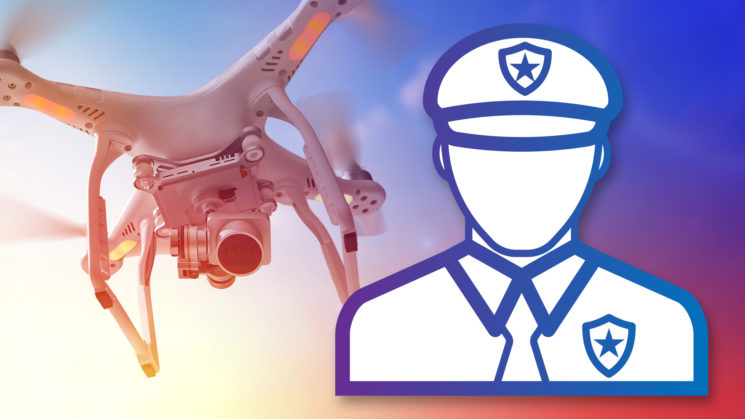 On January 27th, the British parliament heard and debated a bill (for the second time) which gives police and prison authorities more powers to be able to deal with what they see as problem drones. Officially, this means drones that they believe are posing a public safety risk or are flying illegally.

The bill is aimed at those flying around no-fly zones, flying too close to people and buildings and illegal commercial operations. The prison system will also likely welcome the new power, as it will help them to minimise drone-delivered contraband.

The Transport Minister, Baroness Vere, has made a statement to help put regular law-abiding drone pilots minds at ease.

Drones have incredible potential, whether that’s by transforming how we move goods around or saving lives in search and rescue missions. Most people using drones want to do so responsibly, and we encourage them to familiarise themselves with the law. We are confident these police powers will be used proportionately to both deter careless drone use and to tackle serious, malicious criminal activity.

Naturally, there will those that won’t be reassured and will see this as the police having more power to screw with our lives. And who could blame them given a history of things being misused and abused, like the now-repealed (as it was ruled illegal by the European Court of Human Rights) Section 44 of the 2000 Terrorism Act?

UK Security Minister, Brandon Lewis, though, believes that this will help to protect legitimate drone pilots, by helping to deter or punish the bad ones.

This bill is a vital part of the government’s strategy to tackle the illegitimate use of drones and protect the UK’s growing drone industry. For the UK to establish itself as a global leader in this exciting technology it is vital that police have the powers to crack down on those who intend to use drones to cause harm or disruption.

In theory, it sounds great, to be honest. And it should work for drones the same way it currently does for cars and other road vehicles. And they specifically state in the announcement that photographers and filmmakers using drones within the law are all fine. As for the reality… Well, exactly how it’ll work in the real world, whether it’s wielded as intended or becomes a tool for abuse, remains to be seen.

You can read the complete announcement on Gov.uk.

Do you think this is a good idea? Bad? Should other parts of the world do something similar or is it too open to abuse?

« Library of Congress and 12 other institutions release over 1,600 images for public use
Fujifilm firmware adds big autofocus performance boost to the X-T3 and bug fixes to the X-Pro 3 »