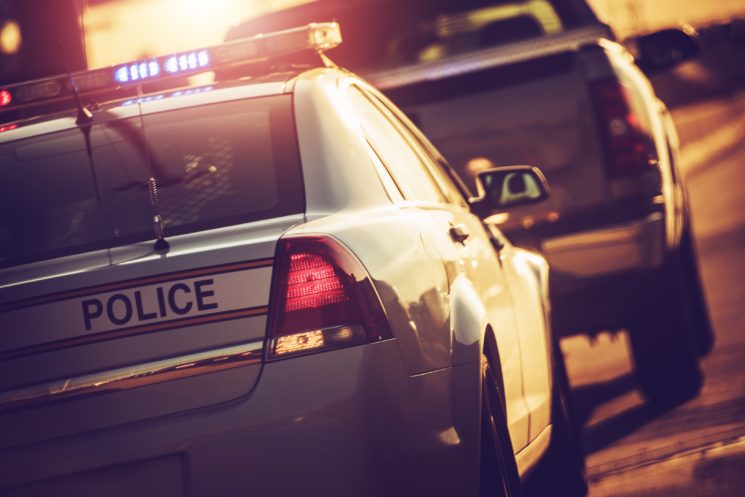 As protests are raging on across the US, another photographer got hurt and arrested for covering them. Veteran WCCO Photographer Tom Aviles was shot with a rubber bullet and arrested while covering the Minneapolis protest this Saturday. He managed to capture the entire incident on camera, and he even filmed a video from inside the back of the police van.

In the video you can see the police going toward Aviles and you can hear his reaction as he got shot by the rubber bullet. When the officers got close, one of them told the photographer to get back. “Where do I go?” he asked, adding: “I’m from WCCO.” The officers kept going towards him, and in the video you can hear as he called for Joan. WCCO explains that he was calling for Calling Joan Gilbertson, his producer.

The officers then forced Aviles to the ground and handcuffed him. You can hear him repeating “I’m not fighting.” Joan Gilbertson later told CBS Minnesota that one of the policemen told her: “You’ve been warned, or the same thing will happen to you. Or you’re next.” While at the back of the police van, Aviles pulled out his phone and shot another clip:

Not a perspective you see every day: Even after being unlawfully arrested by @MnDPS_MSP, @wcco photojournalist Tom Aviles pulls out his cell phone, while cuffed, and keeps shooting from the back of the paddy wagon. pic.twitter.com/gkbOoAY6xW

CBS Minnesota cites Minnesota Commissioner of Corrections Paul Schnell, who gave a statement at a press conference. He reportedly called Aviles’ arrest “regrettable.” He added that it’s “difficult” to identify journalists “because of the nature of the protests and police tactics.” The funny thing is that Aviles clearly identified himself as a journalist, which you can hear in the video.

The protests began spreading like wildfire after George Floyd’s death on 25 May. According to multiple sources, the police have been targeting reporters covering protests. CNN correspondent Omar Jimenez and his crew were arrested live on TV last week, and photojournalist Linda Tirado was blinded by a rubber bullet.

According to WCCO, both Aviles and Gilbertson are okay and CBS attorneys have been called.