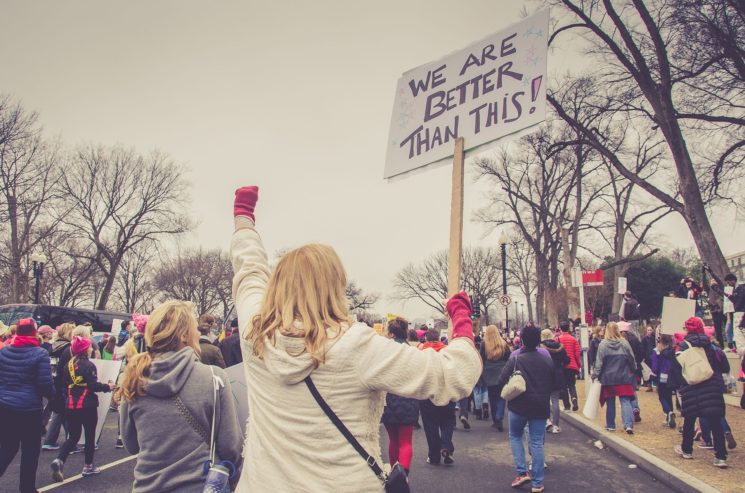 After the death of George Floyd in Minneapolis last week, protests have developed across the United States. While covering the street protest in Minneapolis on Friday, photojournalist Linda Tirado was shot in the left eye. She was reportedly shot with a rubber bullet, but sadly, her eye could not have been saved.

[Editor’s note: Some viewers may find the images in tweets below to be disturbing]

The New York Times writes that Tirado wore goggles to protect her eyes while she was covering the protests. The police reportedly used tear gas and rubber bullets to break the protests, and several sources note that they targeted the members of the press. Tirado was reportedly running from tear gas when the goggles slipped off her face. Not long after that, she felt that “her face exploded.”

She told the New York Times that she put her camera down for just a second when it happened. She added that protesters carried her out, and she soon ended up in surgery. Before she went to the OR, she tweeted a photo of herself, still hoping that her left eye could be saved:

Hey folks, took a tracer found to the face (I think, given my backpack) and am headed into surgery to see if we can save my left eye

Unfortunately, Tirado couldn’t have her eye saved. After the surgery, she updated her followers on Twitter that she is permanently bind in her left eye. “But it wasn’t my photography eye so it’s not career-ending. I can still see flowers and sunsets, just maybe I won’t be able to tell how far away they are,” she wrote in the thread she posted after the surgery.

an update: I am permanently blind in my left eye, and the docs absolutely refuse to let me go back to work for they say six weeks. I’m definitely not allowed to be near smoke or gas.

Tirado told the New York Times that what she believes was a rubber bullet came from the direction of the police. According to multiple sources, Tirado is just one of the journalists who was attacked, harassed or arrested since the protests began.

[via Insajder, The New York Times]